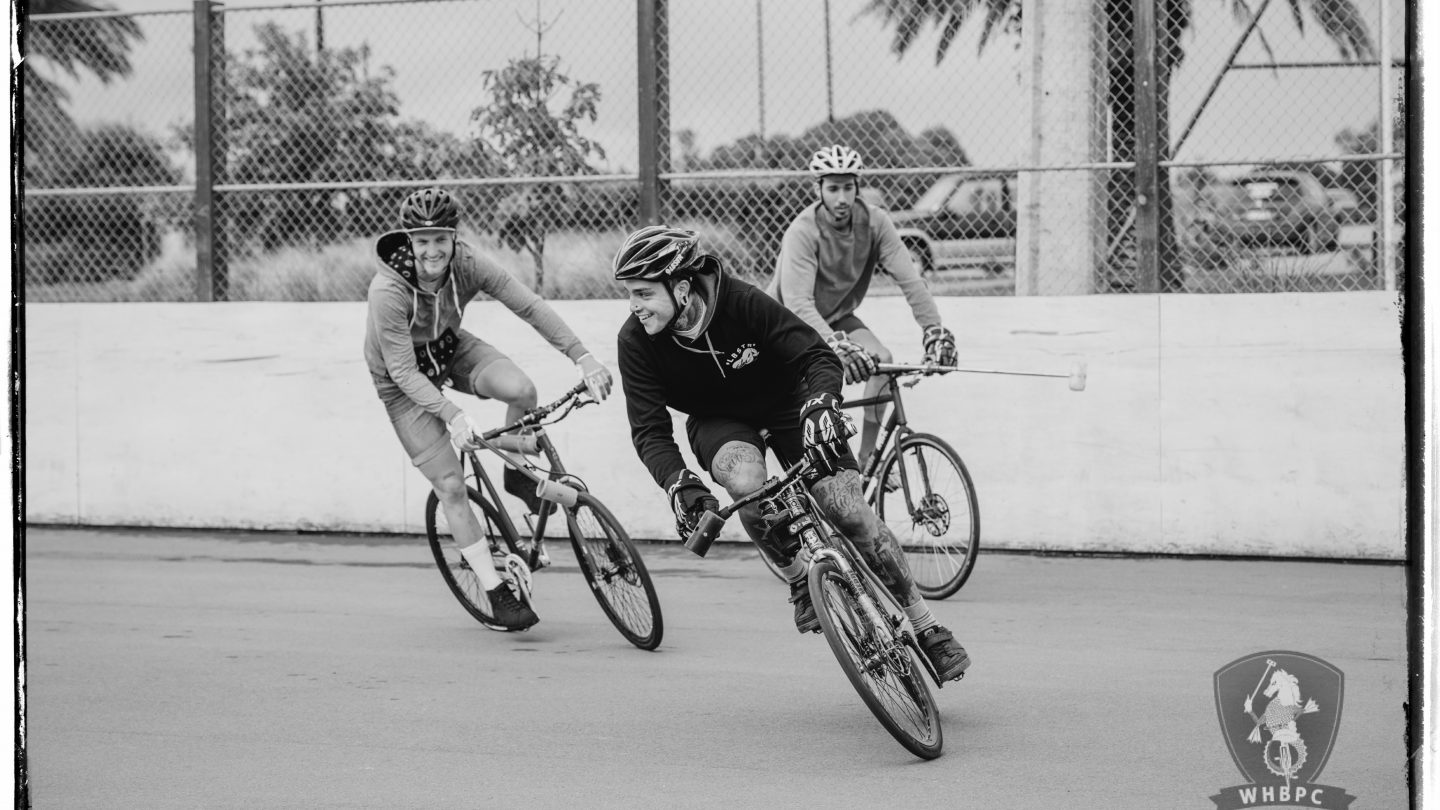 The ProShed World Champs are on right now in Timaru, South Canterbury from 1 to 6 February 2016.  This bike polo championship is the first to be held outside of Europe or North America.  The sport is already played in over 450 cities around the world and is rapidly growing in Australasia.  The hosting by an Australasian city is in recognition of its expanding global status.

Hardcourt Bike Polo is played in teams of 3 people on hard courts in a similar game style to ice-hockey.  It is gender inclusive (teams can be a mix of any gender), it is fast paced and a fantastic spectator sport.

55 teams from 5 continents will participate over six days at Aorangi Park, Timaru.  The tournament begins with a wildcard competition; the top ten teams from this competition will join the 26 other pre-qualified teams to play for the world championship title.  Pre-qualified teams have gained their place from competing in their home regions within Europe, North America, South America, Asia, Australia and New Zealand.

Hardcourt Bike Polo developed in the 1990s in Seattle by bike couriers. One of the founders of the sport will be in New Zealand for the Tournament

The Welcome Pōwhiri and matches on 4 – 6 Feb will be livestreamed in HD via www.WHBPCvii.org/watch