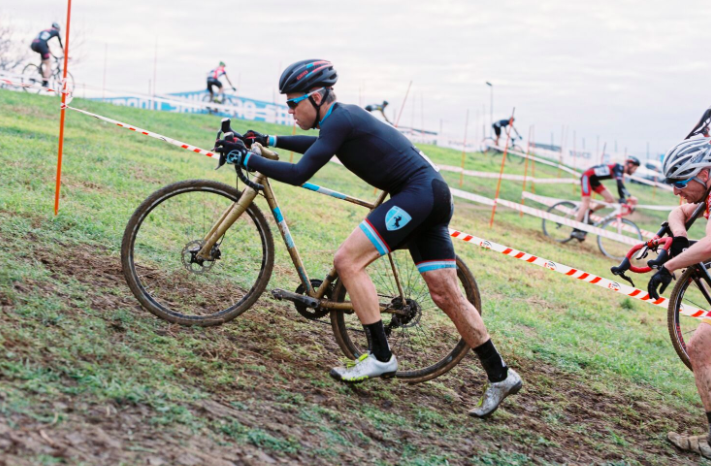 The names of Sacha White, Vanilla Bicycles and Speedvagen have been synonymous with the custom bicycle scene for many years. From a distance, the Speedvagen coat of arms resembles that of a Lamborghini or Ferrari: a galloping Italian stallion symbolising masculine muscularity. A closer look, however, will reveal something more rare: a prancing unicorn.

Sacha White and Vanilla Bicycles have been building bikes in Portland, Oregon, for over fifteen years. It started when Sacha was working as a messenger and his frame needed repairing. Today the waiting list for a Vanilla is several years, which is why he started Speedvagen over seven years ago.

Instead of one-off custom frames, Speedvagens are production race frames built to the same high standard. The wait for a quality race frame was reduced to months instead of years.

Sacha has been featured in the Wall Street Journal, his bikes exhibited at the Museum of Arts and Design in New York, and most significantly, the owners of his bikes feel they are members of a real community.

So what is it about a Vanilla or a Speedvagen that fosters such camaraderie? Personality and confidence. After fifteen years of Vanilla and seven of Speedvagen, there’s a proven track record. Customers know they’re getting a great bike from a distinctive dude.

“‘Our people’ gravitate toward Speedvagen because they identify with that philosophy. And people who aren’t a good fit get weeded out by unicorn logos, fruity colours and other goofy stuff that comes naturally to us.”

The unicorn is the main element of the Speedvagen badge; a reminder to not take yourself too seriously. Sacha has always been drawn towards cyclocross and it’s hard to keep a straight face when you and your bike are coated with mud, hot chips and beer.

He is an exacting craftsman and a creative guy with both sides of his personality expressed through the bikes and the business; not just the superb details but through options like the ‘Surprise Me’ custom paint.

Apart from the standard paint options, a Speedvagen can be dressed up with an alternative range of colours and designs, with titles such as ‘Ghost’, ‘HollaText’, ‘Horizon’ and ‘Overt’.

Then there’s ‘Surprise Me’ – Sacha’s choice of paint technique and colour, which changes annually. For 2015, the finish was revealed through repeated layering and sanding, inspired partly by the worn patina of the original team car – his beloved 140 series Volvo.

Earlier this year [2015], Sacha drove from Portland to San Francisco for the Speedvagen Fit Tour. This time the team car was even more eccentric: a repurposed armoured money truck. It sure looked the part, and became part exhibition space, part hangout and part bike fit studio.

The aim was to introduce new customers to the bikes and guide them through the biomechanical fitting process. Sacha takes special consideration with this step as it results in the customer’s ultimate bicycle.

After the US, Australia is the biggest market for Speedvagen, maybe because it’s our nature not to take ourselves too seriously and definitely because the cyclocross scene is becoming more established each year. It’s appropriate then that the Speedvagen Fit Tour has just been out to Australia to meet owners and provide the same custom fitting service to new clients.

Jeff Curtes, an ex-Portlandian photographer who now calls Australia home, is the local representative of the brand. If you didn’t meet him on the Speedvagen Fit Tour you’ll be sure to come across him at the next big CX race.

A passionate ‘crosser’, Jeff will provide test rides and assist with the ordering process now that the Fit Tour has headed back to Portland. Who knows, maybe we’ll be seeing a few more unicorns at our local ‘cross course over the next couple of seasons.

This article originally appeared in issue 17 of Treadlie.