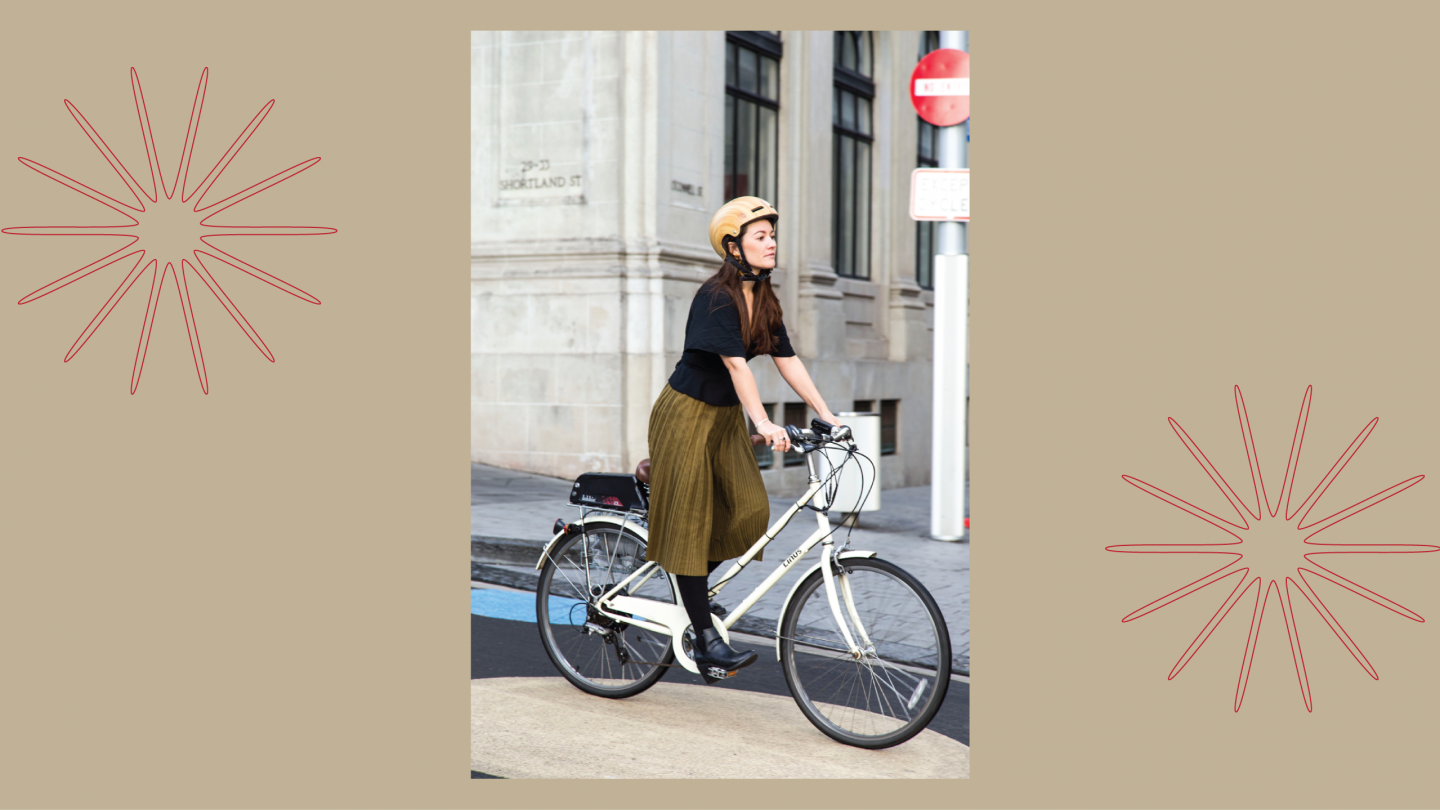 New Zealand’s Emma McInnes will stop at nothing to make cities, and transport within them, better for women.

It’s safe to say that Emma McInnes is obsessed with the idea that cities should be better designed for women. She’s co-founded an action group – Women in Urbanism – to advocate for gender fairness in the master-planning, marched the streets soliciting signatures for change, and petitioned local government. She’s even planned her upcoming holiday to Scandinavia around this passion. “I want to visit Hammarby Sjostad – an eco-village near Stockholm – and am hoping to get a meeting with Lan Marie Nguyen Berg in Oslo,” says Emma. “She’s the vice mayor and her focus is on reducing the number of cars in the city.”

Emma also plans to buy a funky Scandi raincoat perfect for this pilgrimage: she can’t wait to wear it as she pedals around Copenhagen where the mantra is ‘style over speed’ and where, she says, she’ll be “nerding out” over the cycling infrastructure.

Cycling is very much wrapped up in her personal crusade for a better deal for women. This Northlander first learned to ride in the hay paddocks of her family farm east of Whangarei. “So when I moved to Auckland six years ago to study for a degree in communications, it was the complete antithesis of my childhood. I was excited to have access to education, work and plenty of opportunities to be social.” Except she didn’t.

Living out in the suburbs and with no car, she found it tough going. “I think only being able to get into the city on a six-lane road really had an effect on my mental health.” A move to Kingsland to be closer to the action, and a cheap BSA 3-speeder, changed all that. “A Dutch friend did it up for me and suddenly I had a tool for freedom.”

The bike may have opened up a whole new world for Emma, but there was one incident that changed the course of her thinking. “I was cycling down K’Road at night on my way home when two young guys who had been drinking thought it would be funny to try and grab me,” she says. “It was full-on harassment and by the time I got home I was shaking, I was so fearful and angry.”

The experience catapulted her into championing initiatives that give women better transport choices, including protected cycleways. “It’s unreasonable for politicians to expect us to continue to fight for our lives on the road, when there is a seriously cheap alternative that will shift a big proportion of the urban population onto bicycles and have huge benefits for their physical and mental health, and for the environment.”

Emma’s not waiting for that perfect situation. She has invested in an e-bike (a cream-coloured Linus Roadster with a Lekkie electrical kit) and uses it as
her mode of transport for work and to meet up with friends come fair weather or foul. “I don’t look good in lycra so I’ll wear a dress or a skirt and heels. I’m really happy cycling in anything. If it’s raining, I’ll either wait for it to pass as it usually does, or I’ll put on my leopard-print bomber jacket which makes it pretty hard not to spot me.”

Emma believes that socialising on a bike turns every trip into an adventure, whether that’s meeting for coffee at her flatmate’s vegan café – The No Grainer – an outing to the Saturday markets in Mount Albert or cycling to the heart of the city for Friday evening drinks. “Many of my friends complain about petrol costs or that there’s nowhere to park but any trip that involves taking the pink path into the city is a good journey. Cycling has given me access to all of it. I never feel limited and I’m a happier person for it.”