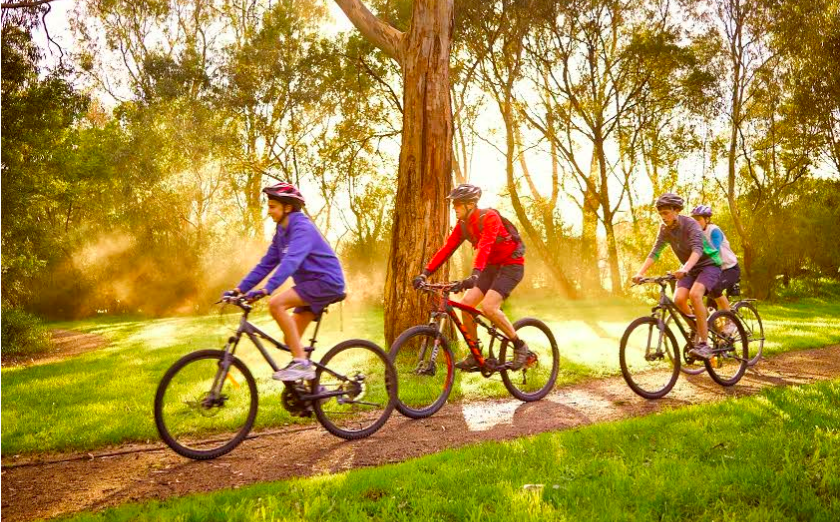 The Minister for Sport, Tourism and Major Events, John Eren, launched plans for a 780km off-road trail network lat Monday, connecting key natural and cultural tourist attractions in Melbourne’s north and set to generate up to $4.6 billion in economic benefits over 30 years.

Northern Regional Trails Strategy spokesperson and Mayor of Nillumbik Shire Council Cr Bronnie Hattam said the network of off-road trails was a low-cost investment with significant and inspiring benefits that would ease the pressure of rapid growth in the population, economy and urban footprint in Melbourne’s north.

“This is a wonderful project. It provides people the opportunity for them to explore, walk, run or ride; promotes appreciation for the natural environment, boosts tourism; creates jobs; removes cars from the road and strengthens the local economy.

“There is a wonder of natural assets and attractions in Melbourne’s north. A connected, coordinated network of off-road trails means that these will be more accessible to local residents and visitors to explore on foot or bicycle.

“We want Melbourne’s north to be renowned for its integrated regional trail network. A network that showcases the region’s diverse natural and cultural heritage and leverages off existing tourism attractions to establish the region as a destination of choice.

“Over the long-term, every dollar invested in the NRTN will yield $12 in value. In the first 12 months alone, we expect the investment of up to $217 million to deliver benefits valued at $250 million and between 650 and 870 full time equivalent jobs will be generated in the construction phase. Cr Hattam said.

“This is such a positive plan to get Victorians out and about experiencing the rich culture in Melbourne’s north and it will promote the use of active transport, but for it to come to fruition, we need the support of both state and federal governments and we will be working with them over the coming months to start these conversations,” Cr Hattam said.

“By creating more spaces for people to ride, walk and get active, the Northern Regional Trails Strategy will help convert the north into a less congested, healthier and happier community. You can be only a few hundred metres from the hustle and bustle but in these spaces you’ll feel like you’re miles from anywhere,” Mr Richards said.

“Improving accessibility and connections between councils will go a long way in encouraging more people to get on their bikes for fun, fitness or simply to get around. The proposed four metre width will mean everyone can enjoy the paths together.” Mr Richards said.

The development of the Northern Regional Trails Strategy is supported by Banyule City Council, City of Darebin, City of Whittlesea, Hume City Council, Moreland City Council, and Nillumbik Shire Council. It was funded and developed by northern municipalities in partnership with the Victorian Government and with support from Sport and Recreation Victoria.