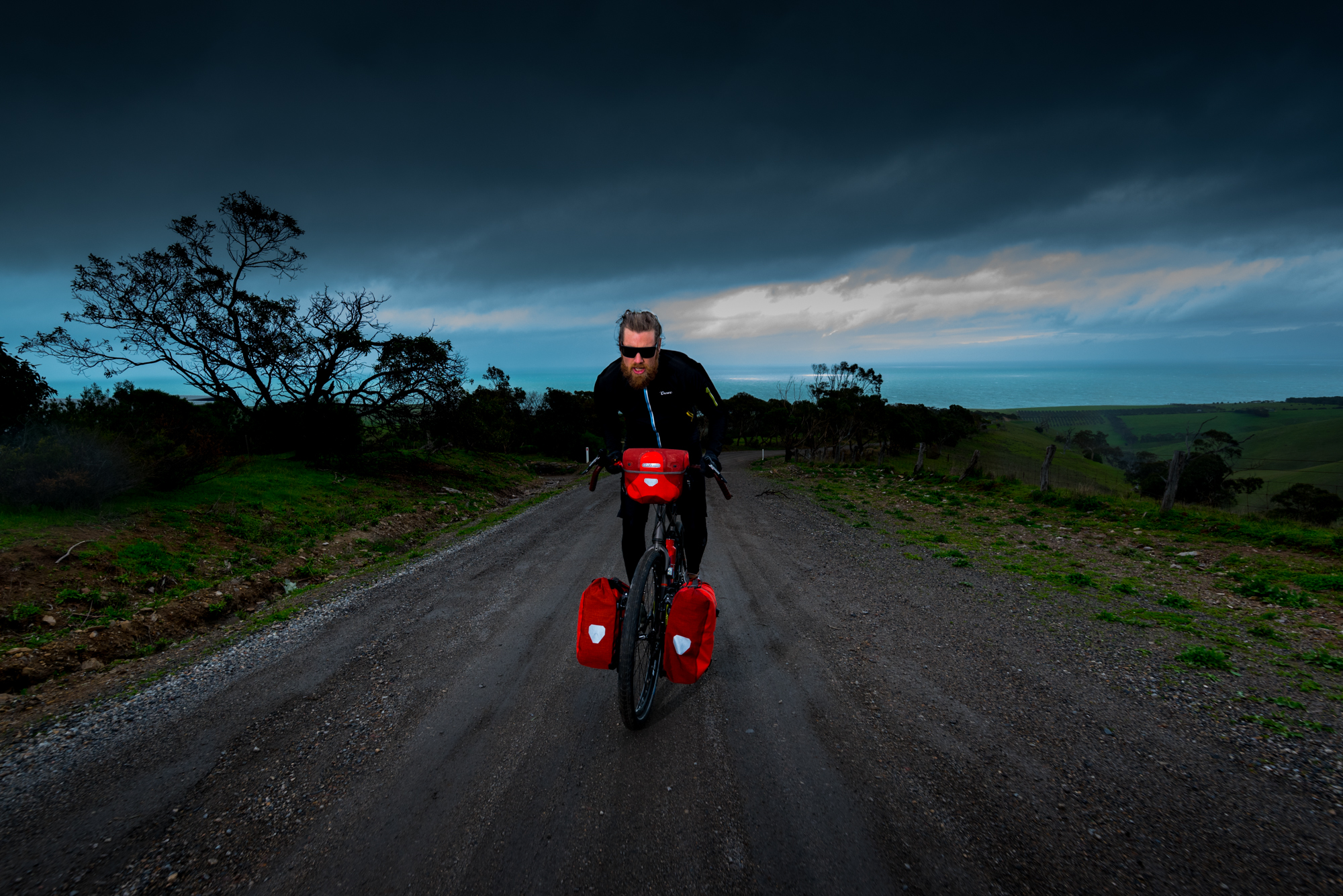 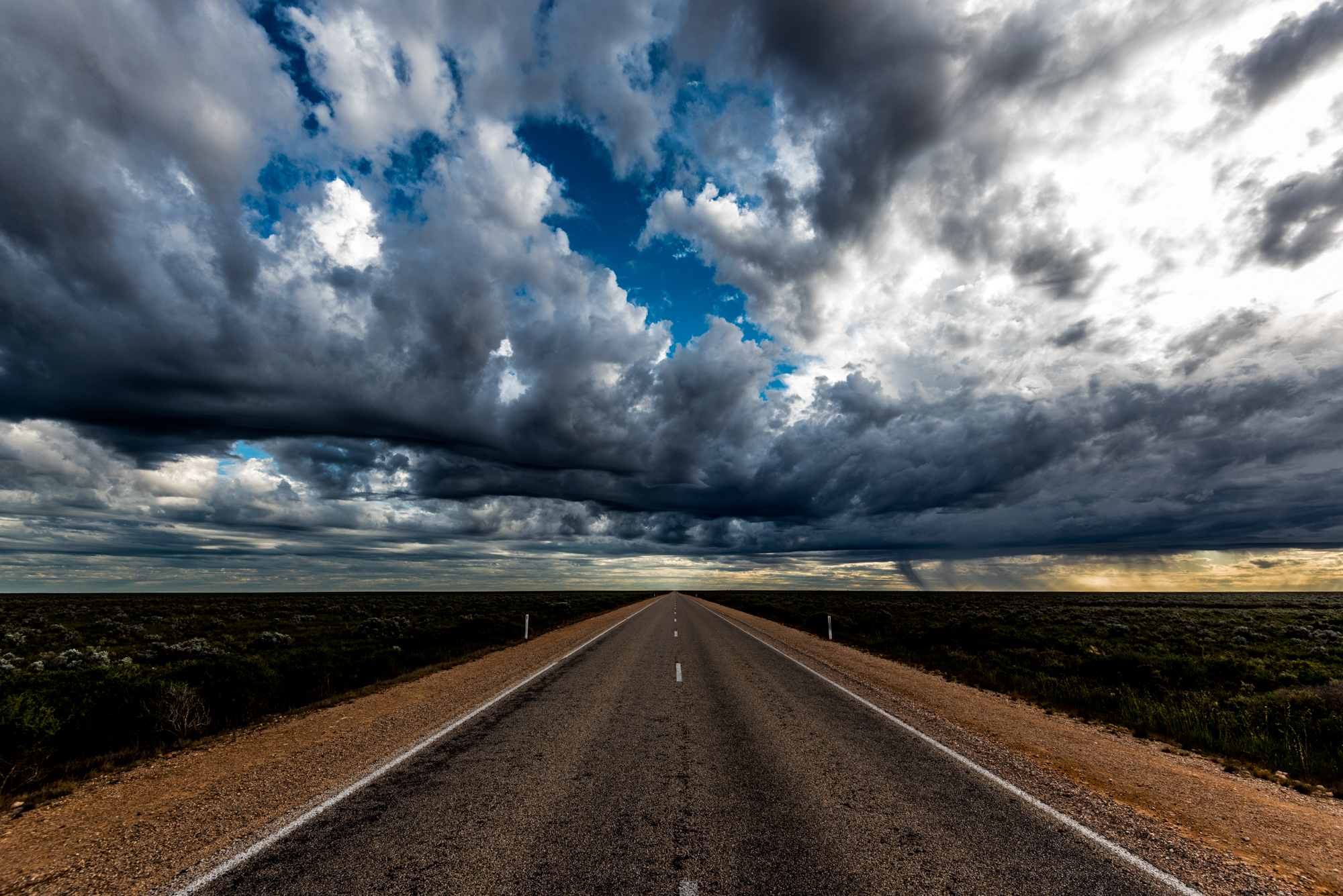 In 2016, photographer Che Chorley embarked on a six-month solo endeavour to cycle the South Australian coastline and capture the wondrous landscapes of his home.

Western Australia to Victoria, as close to the coastline as possible, home by Christmas, solo. That was the loose brief I gave myself. I had six months in the saddle to complete the adventure – aiming to ride somewhere around the 50-kilometre-a-day mark, over dune, single-track, road, beach and salt lake.

LAND SEA YOU ME was an adventure by bike to explore the landscapes and seascapes of my South Australian home – camera in my handlebar bag, tent in my trailer.

My motivations were simple, to make a photo essay of South Australia in a unique way. The bike was the perfect vehicle, unbridled, physical and unassuming. I would take an XL Bombtrack Beyond as my workhorse, decked out with Ortliebs, Schwalbe Big Apples where the rubber meet the road and a trailer. I would be self-sufficient as I made my way along the coast, down the peninsulas and over the hills.

My journey began at Eucla, WA, mid-winter with a tail wind, the next town not for 200 odd kilometres. I headed east along the Eyre Highway, dirt tracks snaking their way along the cliff top, the highway to my left and the Bunda Cliffs and the Southern Ocean to my right.

My route was mapped for me for the first weeks, the Nullarbor Plain stretching around me, the silence overwhelming. Nights camped under the stars; waking to cold still mornings, frost on the foliage and fogs rolling in from the east.

Slowly the bush turns into eucalyptus forest and I make Fowlers Bay on the far west coast of South Australia, the great dune fields meeting the ocean, my first town for ten days. The ocean is teeming with sea lions, southern right whales, fish, rays and dolphins, the land with dingoes, emus and lizards.

The sight of the sea is only matched by the vision of a clear blue sky under a winter sun. The air smells of salt and signs of humanity are limited to the roads and tracks I ride along. Days pass without another vehicle on the road and nights pass with rolling winter storms, front after front marching towards me from the southwest.

I make my way along the west coast over the next months, up the east coast of the Eyre Peninsula and onto the Yorke Peninsula. A 500-kilometre bike trail greets me with water tanks every 20 kilometres as I travel along the entire coast through private property, national parks and Aboriginal land; it’s a far easier ride, the trail clearly marked and rarely do I need to hit a road, but still the storms come.

It has been three months now and the weather is warming up. With the sun comes the smells of the Australian bush – cooking underneath a cloudless sky. I wake in the morning, make my coffee and watch as a snake passes my tent, an almost daily occurrence on the Yorke Peninsula where the golden plains meet the azure blue of the water.

Mobs of kangaroo now join me in the saddle, bounding along the tracks in front of me. Wombats graze in the afternoon light and still the storms come.

From Yorke Peninsula it’s on to the home straight, passing Adelaide and my home where I spend the night. I head along the Fleurieu Peninsula, Adelaide’s breadbasket. The rolling green hills meet hidden coves and majestic vistas – the Mediterranean of South Australia.

Bone white sand and iridescent waters meet with farmland on the horizon. The south coast of the Fleurieu Peninsula extends until the Coorong and the mouth of the River Murray. Here I head inland around the great waters of Lake Alexandrina and Lake Albert.

The Coorong is a 140-kilometre lagoon of great significance to the Ngarrindjeri people. It’s a hard route with little option but to ride the highway that borders the lagoon. It’s a wind blown stretch, mercifully sheltered by the magnificent dunes that are a feature of the landscape where freshwater meets salt.

The end of the Coorong marks the beginning of the south east, and I’m once again back to sweeping bays and brutal landscapes of sea stacks, cliffs and roaring oceans.

The Victorian border from here beckoned, only a short week away. I ride through tiny crayfishing towns and pine plantations, just in time to avoid another storm as it builds on the horizon.

The journey has been characterised by the warmth of the South Australian people and the cold harsh reality of facing the weather with nothing but the thin fabric of a tent. Not a day went by that I wasn’t offered water, fresh fish, crayfish, squid, fruit, vegies, arm full of beer and the occasional whiskey.

I camped in National Parks, on cliff tops, in backyards, in car parks, behind toilet blocks, on beaches and in dunes.

I took planes, helicopters, buses, cars, utes, ferries, boats – whatever was offered I jumped on board to experience the landscape through the eyes of those who are shaped by the land and those who shape the land in turn.

I spent over 4500 kilometres in total in the saddle, captured over 12,000 photographs, swam in many seas, and, as I write this, I’m packing my bike for one final week, a lap around Kangaroo Island to finish off the South Australian coastline.