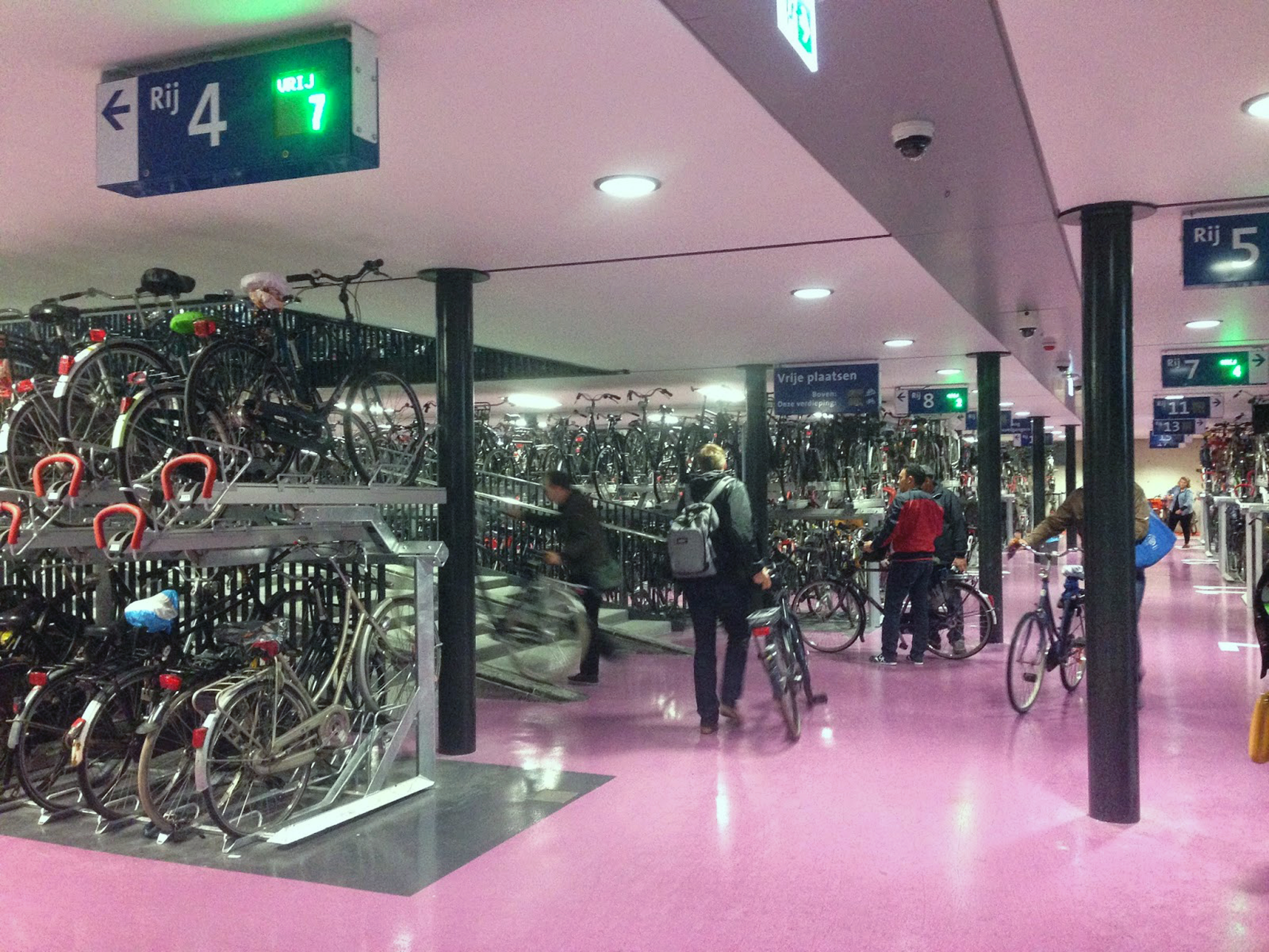 I have wrestled my bike so many times from the unruly mess of those parked around Utrecht Central Station in the Netherlands but all that has changed with the opening in May of the Fietsenstalling Jaarbeursplein or Jaarbeurs Square Bike Park. The City of Utrecht is determined to become the best bicycle city in the world and improved bicycle parking is just one of the ways to get locals onto their bikes more often.

An innovative three-story bicycle ‘garage’ located under the stairs to Utrecht Central Station, the undercover bike park is open 24 hours a day, continually staffed and has a digital system directing riders to available spaces.

4,200 bicycles can be parked here with special bays to accommodate electric and cargo bikes, each level is colour-coded to help riders find their bicycles and the first 24 hours are free.

Integrated with the OV-chipcard (the contactless smartcard system used for all public transport in the Netherlands) riders check themselves in and out of the bike park with the same card they will use on the public transport they catch. There are also bicycles for hire (using the same smartcard) and service points where riders can carry out minor repairs.

Built as a joint pilot project between the City of Utrecht, NS (the provider of rail services in the Netherlands) and ProRail, the bike park will be monitored over the next two years and any potential glitches identified and fixed.

Over the coming five years 22,000 bicycle parking spots will be built around the Central Station, of which the Fietsenstalling Jaarbeursplein is just the first step.