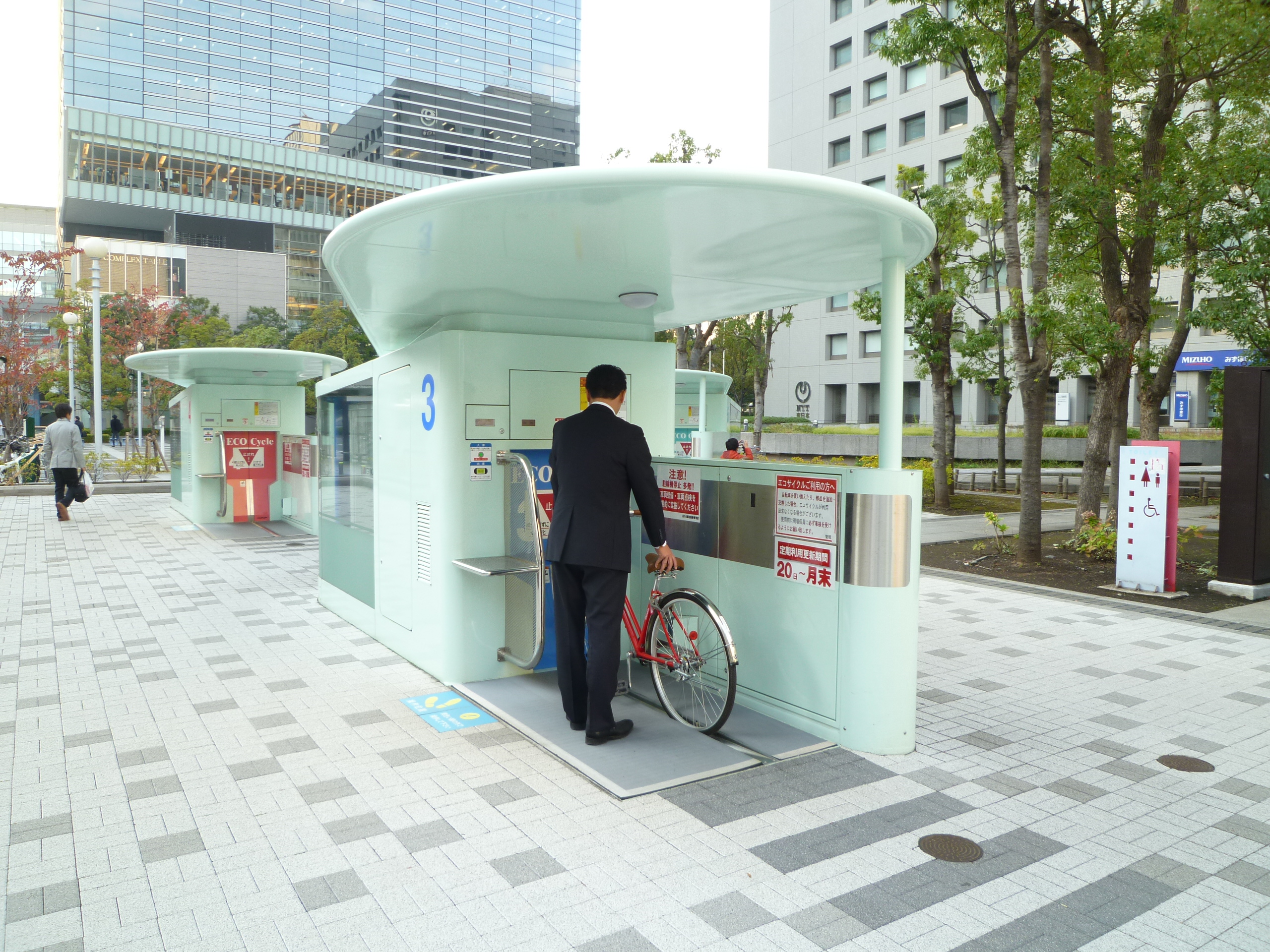 While Tokyo is often thought of as a bike city it sometimes seems to be so despite a lack of infrastructure rather than in response to it. Ninety per cent of the city’s 13 million inhabitants use public transport to get to work and one-third of those ride to the station. Parking all those bicycles is a huge problem in a city where space is at a premium. It is in response to this that Giken came up with the Eco Cycle. Eco Cycle provides volume bicycle parking at one’s destination without requiring above ground space. A subscriber to the system fits a tag to their bicycle frame, which is recognised via a sensor as they approach the parking unit. Inserting their bicycle into the now open wheel clamp they step back, and watch it vanish into the bowels of the earth. Very well organised robot-operated bowels of the earth, mind you. Not only a feat of robotic engineering the entire system, which fits up to 800 bicycles, is also seismic-proof ensuring that Japan’s frequent earthquakes won’t leave the system, and your bicycle, a mess of twisted metal.