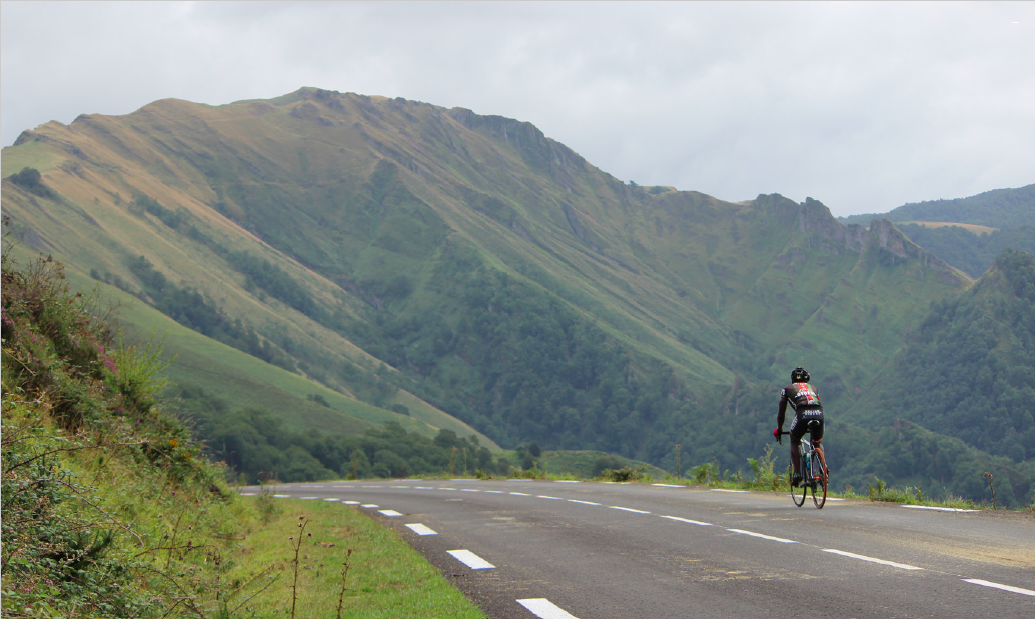 The Kenyan riders of Iten merge with Team Downunder in what’s sure to become an unbeatable combination.

In Kenya’s west, in Elgeyo-Marakwet County, there’s a small town by the name of Iten. And from its population of around 4000, Iten produces world-class long-distance runners at a rate that far outpaces anywhere else in the world. Olympic gold and silver medalists, Boston marathon winners, world record holders – the best of the best come from Iten. Foreign athletes, too, come to Iten to train and try to crack the secrets of its success.

Watching Kenyans dominate running events has led some to speculate on their potential talent for road cycling. Nick Leong grew up a huge fan of the Tour de France, but eventually got to wondering why he’d never seen an African in the peloton. So in 2005 he booked a trip to Iten to check it out. A few years later, the commercial photographer from Singapore was living in Iten full-time and building a training camp for his new team, the Kenyan Riders.

A little over a decade later and the Kenyan Riders have moved forward in fits and starts, competing in events in Europe, Africa and Asia and bringing home enough winnings for the best riders to buy land and build houses. But their sights are set on the Tour de France and it’s time to level up. A chance meeting with Team Downunder, who hail from the Gold Coast, has brought about a merger.

“We need the experience of the Aussies,” says Nick. “We provide the story, and perhaps sometime down the road, the talent, and they provide the experience and infrastructure. It’s a nice unification of strengths.”This new team, dubbed Kenyan Riders Downunder, comprises six cyclists from Kenya, four from Australia, and three from New Zealand – including national champion Jason Christie. But the focus is still squarely on the Africans. Nick is playing a long game, planting the seeds of change in Iten.

“The first generation of riders we got were people who made money from their bicycles – milkmen and firewood haulers, and bike taxi operators,” says Nick. Those riders set an example, showed the people of Iten that there was an alternative to running, but they tended to retire as soon as they’d earned enough to do so – some after only a year.

Now Nick seeks out younger talent, providing scholarships to keep them in school while they train. The camp holds regular races where everyone rides a Black Mamba, a low quality bike common in East Africa. “It’s the basic African bike, single-speed, made in India or China, super heavy, bad geometry, rides terribly,” says coach Simon Blake. “If we put everyone on the lowest common denominator,  we know the person who wins is the strongest.”

Simon, originally from Sydney, has worked with the Kenyan Riders for the past five years after a career in outdoor recreation. He’s still enamoured with the mysteries of Africa, especially the stories he hears from riders who join the team or turn up at the Black Mamba races. One kid arrived after riding nearly 500 kilometres on a single-speed to join a race after falling and skinning the side of his body in another event – riding mostly in pitch dark overnight with a brief stop at a friend’s to sleep.

Another, team member, Suleiman Kangangi, was taken out of school to work on a farm as a child,  but taught himself to read and write by borrowing the farmer’s kid’s homework every night.  “He pretty much taught himself English,” says Simon. “How he did that, I have no idea. The guy is driven and he wants something different in his life.”

Earlier this year Nick and Simon brought four members of the Kenyan team to Melbourne to get them racing in local criteriums. Racing up to four times a week at Sandown Raceway and cycling clubs in St Kilda, Hawthorn and Coburg gave the guys a chance to build up skills and confidence against top-notch riders. “Part of it is managing yourself in a peloton – the peloton in Australia is really rough,”says Nick. “People are really rude, they’re aggressive, and there’s a large intimidation factor. There’s also a social part to it, and they need to gain confidence and understand what’s happening.”

From rough beginnings, they quickly started to learn some new tricks. “The first few pits they were in, they never finished the race,” says Simon. “Then we were really happy when one guy just finished one.” By the end of their visit, though, the Kenyans were making a serious impression on the locals. “They were hurting a lot of these A-grade riders, you could see some of the faces. A Kenyan would take off, and he’s like, not again dude, give it a break, would you?”

“We come here and we’re far behind the Aussies, then after three months we’ve closed the gap,” says Nick. So keep an eye out in future Tours – it’s time we saw a Kenyan face.

This article originally appeared in Treadlie 19.