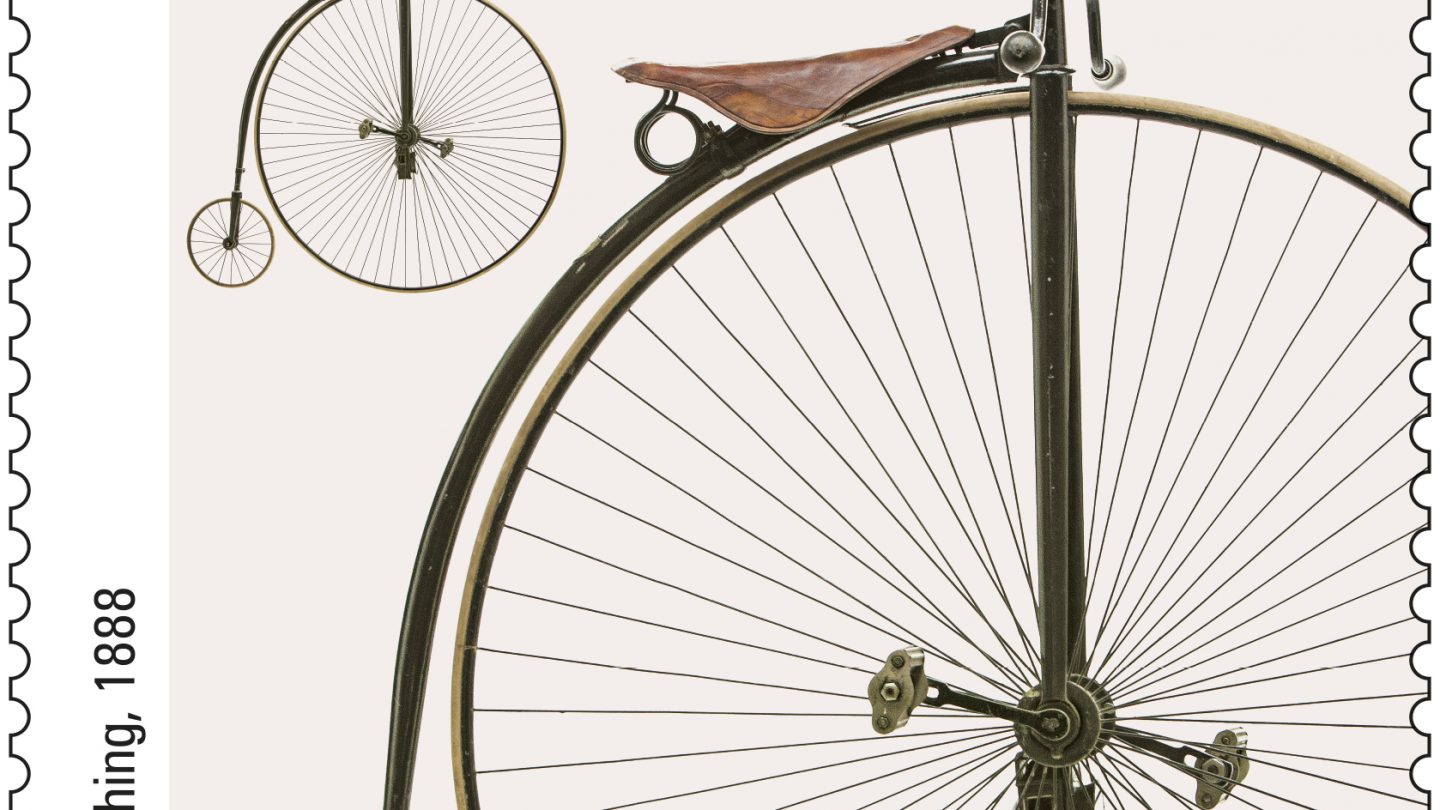 Australia Post celebrates cycling and the history of bicycle design with a new stamp issue showcasing four Australian-made bikes from across the decades including the iconic Bassett & Co. penny-farthing, vintage safety bikes by Sutherland and Finlay Bros, and a contemporary road bike from Baum Cycles.

Australia Post Philatelic Manager Michael Zsolt said: “Recreational, commuter and competition cycling have long been popular with Australians, and this stamp issue embraces a resurgence in this trend. It focuses on transformations in design through four bikes made in Australia between 1888 and 2015.”

Since the bicycle’s introduction into Australia, in the second half of the 19th century, it has steadily gained popularity among many different cycling enthusiasts and communities. Today around 55 per cent of Australian households own at least one bike in working order, and-urban cycling is on the rise with help from bicycle events like Tour de France that draw a world-wide TV audience of arm-chair cyclists.

The Bicycles stamp issue is available from 13 October 2015 at participating Post Offices, via mail order on 1800 331 794 and online at auspost.com.au/stamps while stocks last.