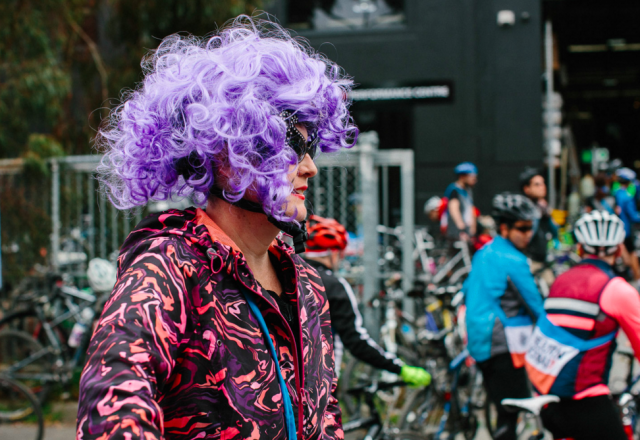 The Queen of the Classics – Paris Roubaix is one of the oldest and most gruelling one day race in the world.  For over 100 years it has forced it’s participants to ride from the south to the North over abandoned farm roads, in a bid to hold aloft a trophy of a single cobble stone.

Melburn Roobaix is furthest thing from a race, in distance, speed or spirit.  While the cobbles feature heavily, and the ride also concludes in a velodrome, this is a day to rekindle the wonder of your youth spent exploring the neighbourhood, hanging out with friends, making new ones and discovering a part of the city you never knew existed.

Dress up, ride whatever you like, the wilder the better with prizes awarded to the ‘cutest couple’ and the ‘most awesome foursome’.  Other prizes to be won are for ‘craziest contraption’, ‘dirtiest rider’ and ‘Spirit of Roobaix’ – you can even ‘Win your weight in Beer’ thanks to Temple Brewing.

And If you’ve never experienced this version of A Sunday in Hell – have a gander below at the pictures and video from years gone by, or examine the pool of awesome images from the #melburnroobaix tag.