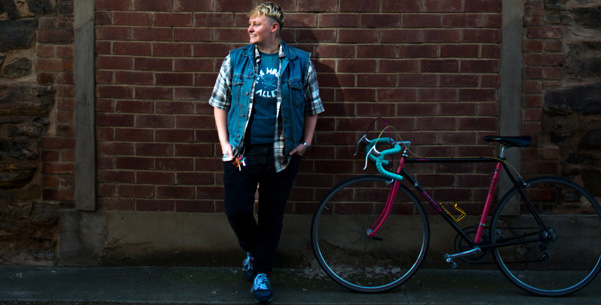 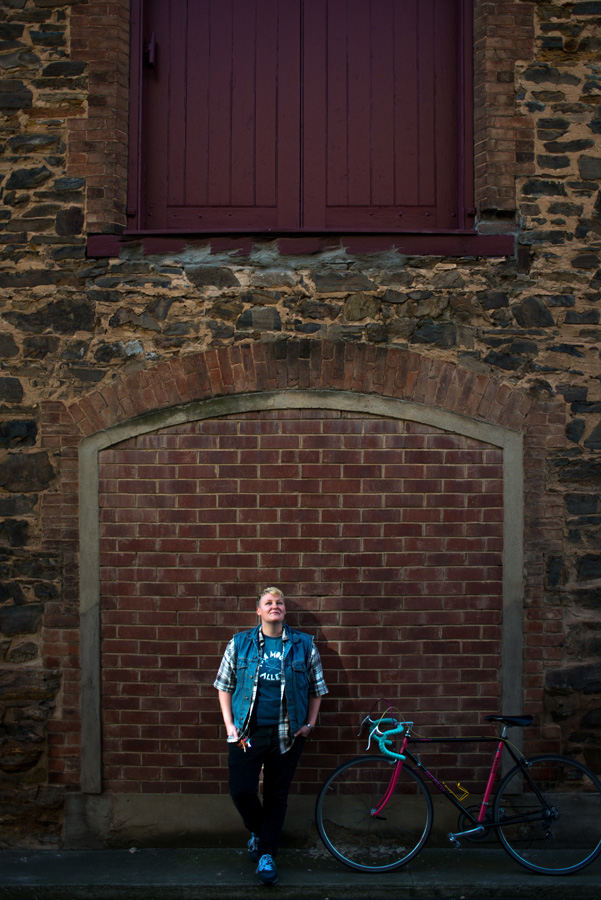 Mel Waters didn’t set out to open a bike shop, nor be a cyclist.

“A lot of people have a bike as a child, put it away as the get older then, for some reason, jump back on. I fall into that category,” says Mel. “When the car broke down I decided to quit my job – I wanted to work, live and play in the same area.”

It wasn’t a spur-of-the-moment decision. “The first time I went to Critical Mass (a monthly social ride-cum-activist event) I noticed I was asking the same question to everyone – ‘How do you not have a car’? Growing up commuting from a country town to the big smoke it was a big cultural thing – ‘What kind of car do you drive?’”

The transition had an early hiccup thanks to a bike thief. “When I first didn’t have a car, I felt like I needed an expensive bike to show I was serious,” says Mel. “That bike, which cost me $3,000, was stolen. Now I’m riding around on a $20 one. If you find a bike like that, the most you’ll spend is on tyres.”

Curious about the potential for bicycles to affect change, Mel responded to a call-out for people interested in starting a community bike workshop and ended up as a founding member of Adelaide Bike Kitchen. A volunteer workshop that addresses social isolation, community and sustainable mobility, the group meets every Wednesday night in inner-suburban Bowden.

“People bring their bikes in and we put the tools in their hands,” says Mel. “We don’t fix their bikes, it’s about empowering people.”

The same principles of community and empowerment are the foundation of Mel’s latest cycling venture, Honeybee Cycles. Like the re-entry into cycling, the Port Adelaide bike shop had an organic beginning.

Talking with friends in a local coffee shop, Mel raised the idea of a Sunday bike workshop or bike hire business for people to explore the historic seaside suburbs of Port Adelaide and Semaphore.

“Just after that I went to Thailand on holiday. I got an email from a friend saying ‘Renew Adelaide want to talk to you.’ I didn’t really know or understand what Renew was. I didn’t know it would be a full-on opportunity.”

The organisation is a not-for-profit that aims to revitalise urban areas by offering rent-free leases in vacant buildings to creative enterprises. When they showed Mel the building, the original idea grew into something bigger. “When I saw the space I thought ‘this isn’t a bike hire place or a Sunday workshop, this is a bike shop’. I rode into uni and asked my advisor if I could defer my course.”

Honeybee is not your average shop. It sells and services bikes, but it looks and feels very different. A previous job in a bike shop had made Mel realise how alienating they could be to new riders. “It’s a very masculine environment, even for guys,” Mel says. “People find it intimidating. This is a bike shop for the rest of us.”

With a philosophy of encouraging everyone to swap their car for a bicycle commute once a week, Honeybee sells bikes designed for utility and everyday use. “I’m offering affordable services, well below standard rates, and affordable bikes and accessories, making it not out of reach for people who just want to get around.”

Part business, part frontline social activism, Honeybee goes beyond the scope of the traditional bike shop, running an open-air cinema and live music gigs in the back alley, putting on bike school workshops for local kids and offering an welcoming environment regardless of gender, age or orientation.

It’s a combination that has earned the support of the local community with Honeybee’s fame spreading far from its suburban Adelaide neighbourhood.