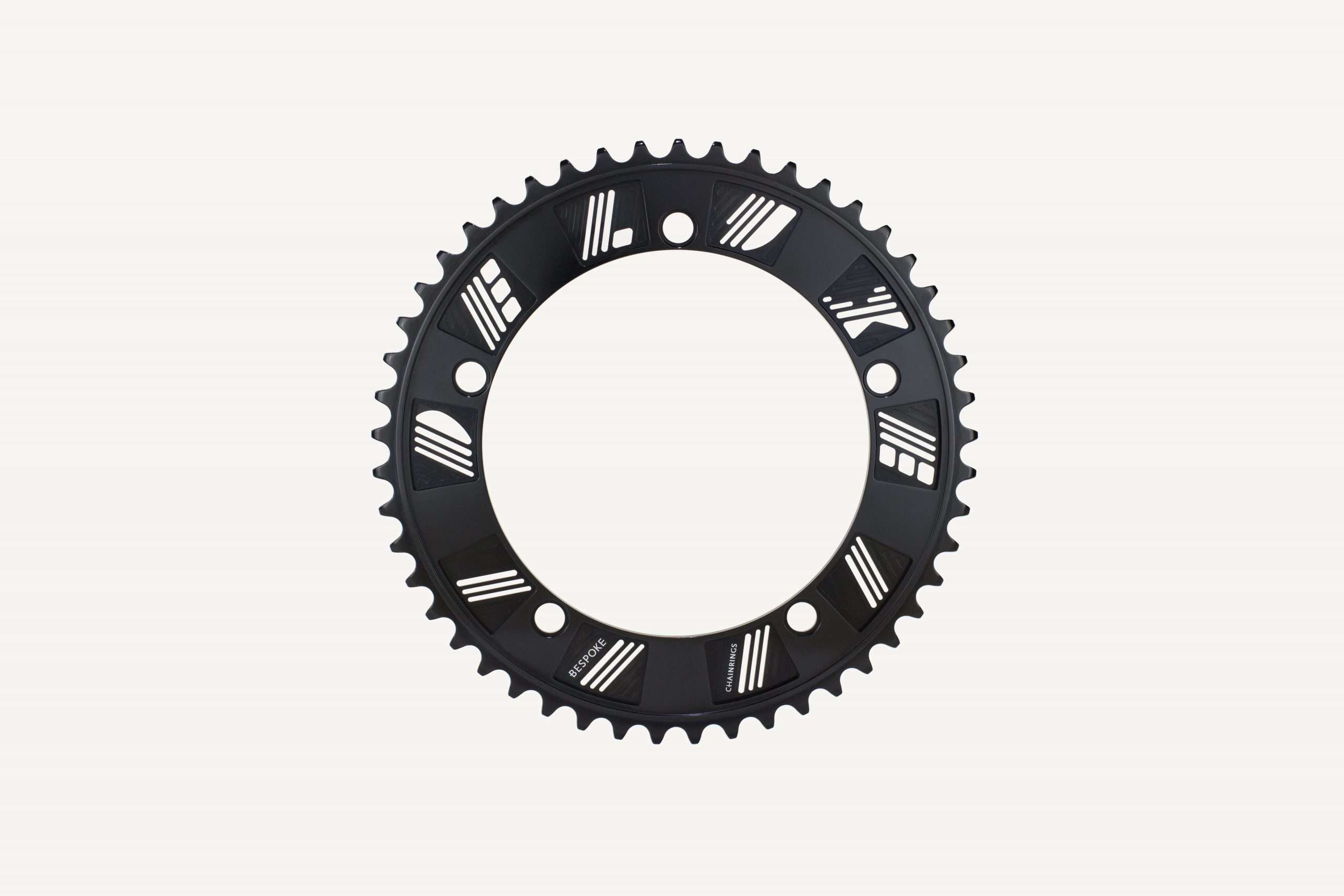 Meet the Maker is a series about the work of passionate makers, manufacturers and designers from the cycling community. In this instalment, Dan Reid shares the story and inspiration behind his Melbourne-based business, Bespoke Chainrings.

How was Bespoke Chainrings born?
Back in 2011 I put on a fixed gear dirt time trial (tracklocross) called ‘Skin or Glory’. When designing the flyer and spoke card I saw an image of a crankset known as the ‘Stronglight Three Diamonds’. That marked the start of my obsession with chainring design. Collecting chainrings was also a lot more feasible than collecting bikes! So many extraordinary chainring designs were created in the early 20th century using names, animals, exquisite geometry. I want to bring as much of that back as possible!

The obsession with performance came much earlier when I first rode a track bike and heard the noise they make. Noise = friction. I started modifying bike parts, beginning with filing my phil wood cog teeth to a point. Bespoke Chainrings is all about these two obsessions – drivetrain performance and beautiful design.

Where do you look for design inspiration?
Everywhere! Architecture, art, even lace ironwork. My vintage collection is always a source of ready inspiration but ultimately it depends on the job. For Deluxe Cycles I was inspired by an early version of their logo. I reworked it, made it regular for a repeating pattern that could be
machined. In the process the logo simplified into a pattern, [and] became more Art Deco. I expanded on that to include the design with weight reduction pockets in the face of the chainring. As a piece of CNC machining it is very fine, detailed and I think it pays respect to the machinists and creative chainring production of the past.

The Stealth Rose was inspired by Cathedral rose windows. Beautiful but strong, often the focal point of the cathedral. I’d love to do that here with chainrings, make them the focal point! I’m expanding the Stealth Rose range into the CX market with a direct mount, narrow wide chainring. Direct mount means there’s more meat in the chainring to machine with –
the hole in the centre is much smaller than standard chainrings.

I also have an upcoming design for a Japanese company. For this I just had to include some iconic Japanese pattern work. There’s so much to be inspired by! We’ll be revealing them in another month or two – stay tuned!