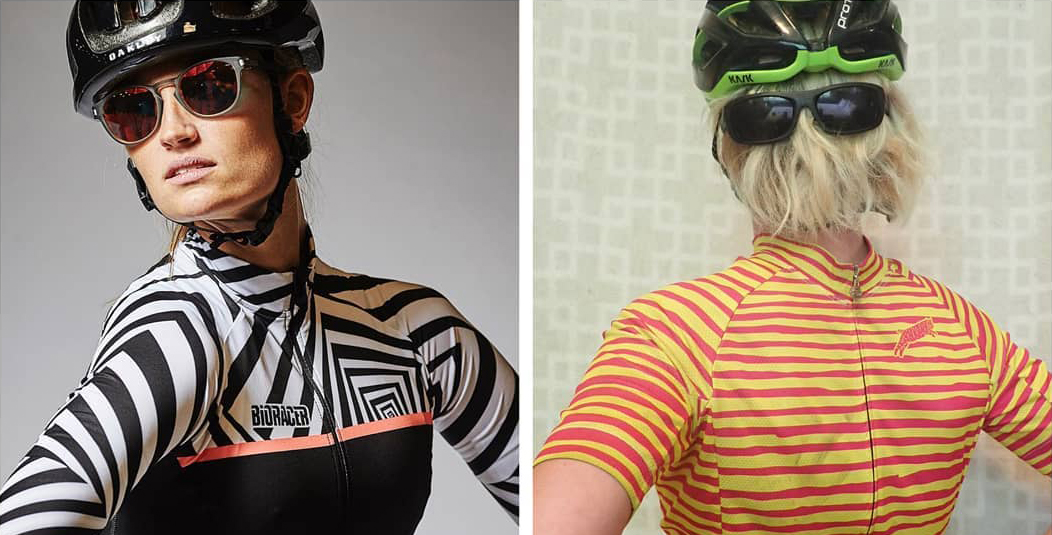 For those of you who don’t know self-described “lady bicycle prankster” Gravel Tryhard, now is the time to get acquainted. Her Instagram account @gravel_tryhard has more than 15 000 followers and she lights up our feed with hilarious cycling modelling shots inspired by “boss babes” around the world. We chatted to Gravel Tryhard (GT) about her unique take on bike influencer culture, representation and the art of taking the piss.

Where did the idea for Gravel Tryhard come from?

GT: Once upon a time, I let a friend of mine borrow my GoPro. And this friend is notorious for forgetting stuff. So when I eventually asked for it back, we agreed that if he actually remembered to give it to me, I’d do something equally unlikely – I’d make an Instagram account. Before Gravel Tryhard, I was pretty resistant to social media. But sure enough, my buddy actually showed up the next day with my GoPro, and I had to keep my word.

I have a bunch of catty bicyclist friends who are more online than I am, and everything I knew about Instagram at the time was filtered through them. We’d been privately poking fun at bike marketing and bike influencer culture for a long time, so my mental image of Instagram was this wild frontier full of women straddling bicycles in thigh-high boots.

My first thought, when I had to make my own account, was to create those same kind of “bike babe” photos, but to include some subtle detail in each one that would make it obvious – to a fellow cyclist – that I was taking the piss. I was picturing this concept where maybe I’d erotically lounge with my bike, but if you looked closely, the fork would be on backwards or I’d have a suspicious chainring tattoo on my inner thigh.

But then I started gathering source photos for inspiration, and I ended up feeling really compelled by the original photos. I would look at some of them and actually laugh out loud, and I’d share them with other cyclists and they’d laugh too. And in the early days as my account started to grow, I found myself trying, over and over, to explain why I was laughing. I guess that’s the “idea” now: I’m trying show the rest of the world what I see when I look at these photos.

Did you expect your account to become so popular?

GT: I don’t know what I expected. I definitely became deeply invested in the account very quickly. By the time I’d been doing this for a couple of weeks, I very much wanted it to become popular. In that sense, Gravel Tryhard wasn’t just something that blew up by accident. I was doing the best I could from pretty early on to reach as many people as possible. But in another sense, there was a lot of luck involved. I’m not a networker, and in the early days, I barely even knew how to use Instagram. So I’m not sure that anybody, including me, should have expected it to become popular.

How often do you receive submissions for your next photo?

GT: People send me inspiration photos every day. Most of it is via DMs [direct messages on Instagram], but what I find really interesting is that many people will comment on bike babe photos and will tag me in the comment. Often they won’t even say anything else – they’ll just give me a little nod. Putting “hey, @gravel_tryhard” in a comment on a photo almost feels like a sort of shorthand. It’s a way to say “this is ridiculous” without having to actually type that out. What would you say the Gravel Tryhard message is?

GT: I feel like committing to a single ‘message’ in writing is a dangerous thing to do! But I can tell you about some things I believe in, even if not every one of them is reflected in every post I make:

I believe in kindness and in sincerity and in wearing your heart on your sleeve. I want to be understood and I want to understand other people.

If you have a body and you’re riding a bicycle, you have a cyclist’s body. What a person’s body looks like is usually one of the least interesting things about them.

I judge whether I’m doing the right thing by whether women are telling me that I made their day better.

I don’t like advertising, especially advertising that causes harm to people, which is most of it. I also believe that we don’t consciously notice most of the advertising we see.

I want to demonstrate a means of protesting something – the commodification of female athletes’ bodies – without calling for censorship or telling women to put more clothes on. I’m not trying to stop anybody from taking photos. I’m just insisting – politely! – that if they get to show one image of my sport to the world, then I get to say my piece as well.

Can you tell us a bit about yourself and your bike?

GT: I’m a middle-of-the-pack gravel racer. I got hit by a truck a while back and that forced me to change my goals a little bit, so now I focus on longer distances. I’m hoping to do Dirty Kanza XL next year! I wear SPD sandals without a hint of irony. On the rare occasion that I’m not working or riding, I like to do jigsaw puzzles.My bike is a lot faster than I am! She and I have had some interesting times together. I ride upwards of 10 000 miles a year and a lot of it is under harsh conditions, so everything that’s on the bike has had the snot beaten out of it over and over. I’m always changing something about it, but there are a few things I’ve settled on for the long haul: mechanical Ultegra, 48x650b, SPDs.

GT: I really want to do a Gravel Tryhard pinup calendar!