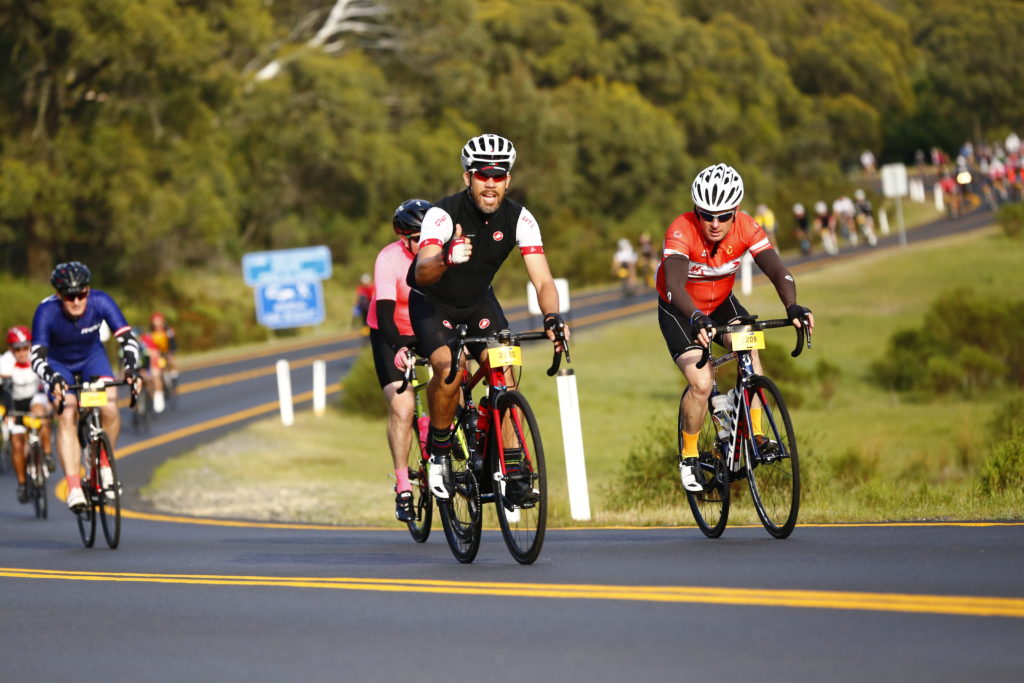 L’Étape Australia follows in the footsteps of L’Étape du Tour (French for “a stage of the tour”), a mountainous stage of the Tour de France opened to amateur riders who rode the same course as the professionals and experienced what it is like to ride in Le Tour. In 2017, the global event comes to the Snowy Mountains of Australia for the second time.

Proposed as the ultimate challenge in Australian amateur cycling, the course will cover 160km featuring more than 3,000m of climbing. A shorter edition of the ride with less climbing will also be on offer, minus the pressure of racing.

The local communities have truly embraced the Tour de France coming to the Snowy Mountains. The entire route is decorated with cycling paraphernalia and some fantastic works of art. The towns and villages have adopted the colours of the Tour de France: yellow (Jindabyne), green (Berridale) and polka dot (Dalgety). Last year thousands of locals lined the route with their cow bells, flags and encouragement.

Reigning Tour de France champion Chris Froome will again ride L’Étape Australia – providing some clinics on Friday and then riding from the back of the pack to the front on Saturday. While many have watched Chris Froome from the sidelines or on TV, few have had the opportunity to ride with him.

The Race route begins at the Skitube Terminal at Bullocks Flat, Crackenback, winds its way with undulating hills through Jindabyne and Rocky Plains before reaching the Sprint section in Berridale. From there the route takes you to Dalgety before the first King of the Mountain section tackling the daunting Col de Beloka, known locally as The Wall. The Ride finishes back in Jindabyne, while the Race makes a final push up the second King of the Mountain section Col de Kosciuszko before arriving at the finish.

A short train journey on the SkiTube (opened especially for L’Étape Australia) takes riders back to the Start at Bullocks Flat, Crackenback where cars are parked. The SkiTube train will run every 30 minutes (20 minutes at peak times) in both directions, free for supporters to welcome their riders at the Finish line.