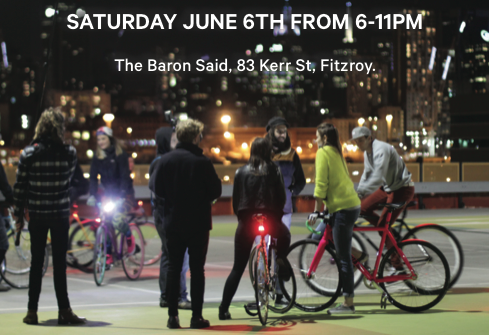 “QUALITY, QUANTITY AND QUIRK” If the entries are anything to go by, Knog’s Film Festival in Fitzroy is set to be No Ordinary Night.

At 6.00pm this Saturday, Melbourne design brand, Knog, will host parties in Melbourne, Manilla, Munich, Paris, London, and San Francisco to celebrate the winners of its global NO ORDINARY NIGHT film competition.
Melbourne will kick things off at The Baron Said in Fitzroy. There’s an Alley Cat race and a penny farthing builder to entertain Knog’s cycling fans. There will also be a wrap up of – and awards for – the best 2 minute videos entered to noordinarynight.com from around the globe to please their new category of film-making followers. The catered event also has sponsorship from local brew Mountain Goat, so it’s bound to be a big night of festivities.
To attend, RSVP to Knog’s Facebook events page.