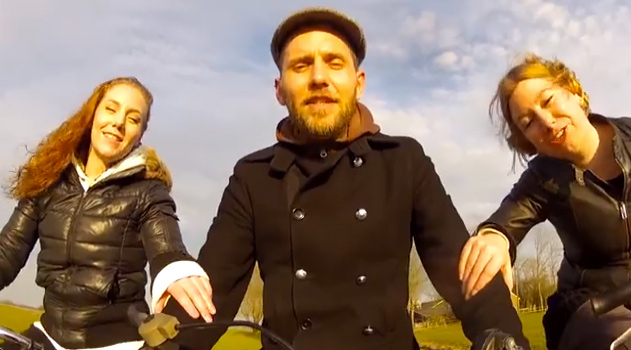 We all know the feeling. No matter how young or old you might be, riding a bicycle seems to generate a regal glow. Its the freedom of movement, the independence, the sensation of moving forward as the cares of the day fall away and pedestrians and motorists fall behind.

Science is with us on this, that ‘King of the world’ feeling is well documented. Dutch band, Anthony’s Putsch  captures it with art and music in this 2013 single King of the world.

From their forthcoming EP, Happiness and other woes (due out in February 2014), King of the World was filmed, like all the best cycling, on a GoPro Hero2.  You can follow Anthony’s Putsch over here.