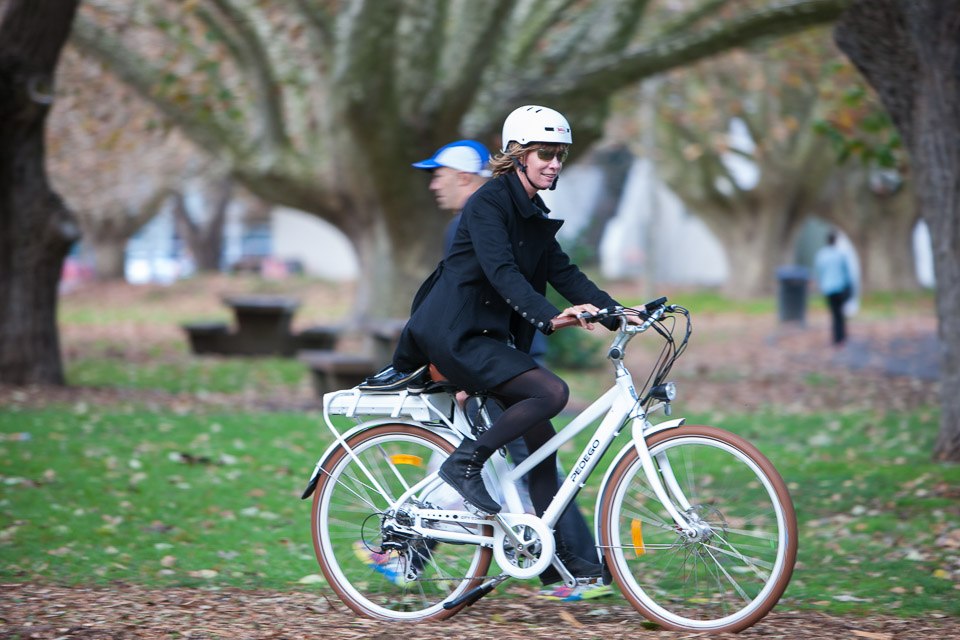 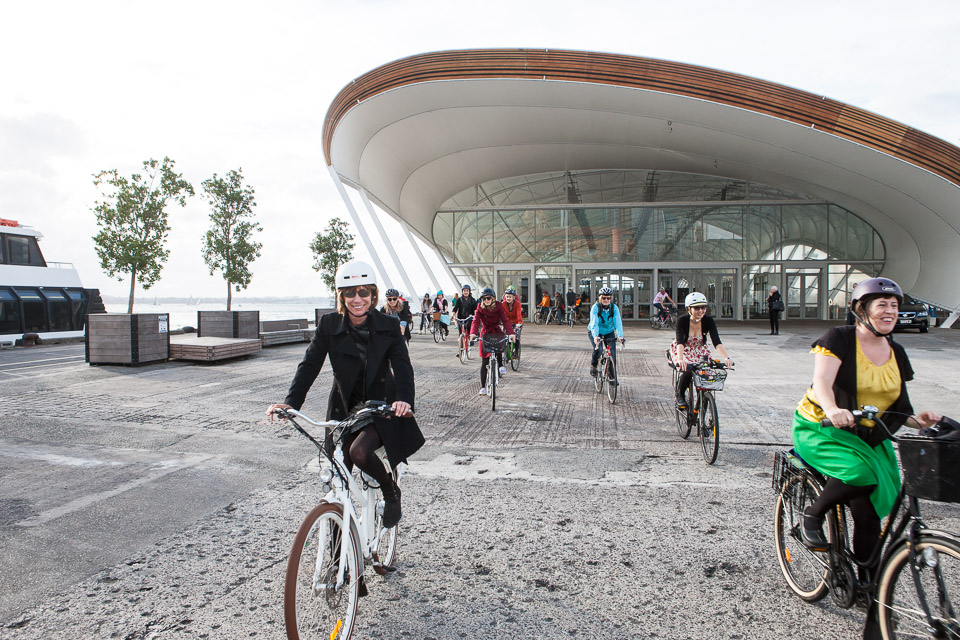 Frocks on Bikes Auckland were thrilled when Janette Sadik-Khan agreed to go on a ride with them as part of her four day visit to Auckland last month.  It was a great opportunity for her to meet the amazing women working to make Auckland a great place to cycle, as well as hear her thoughts on how to improve Auckland streets for all the people who use them. 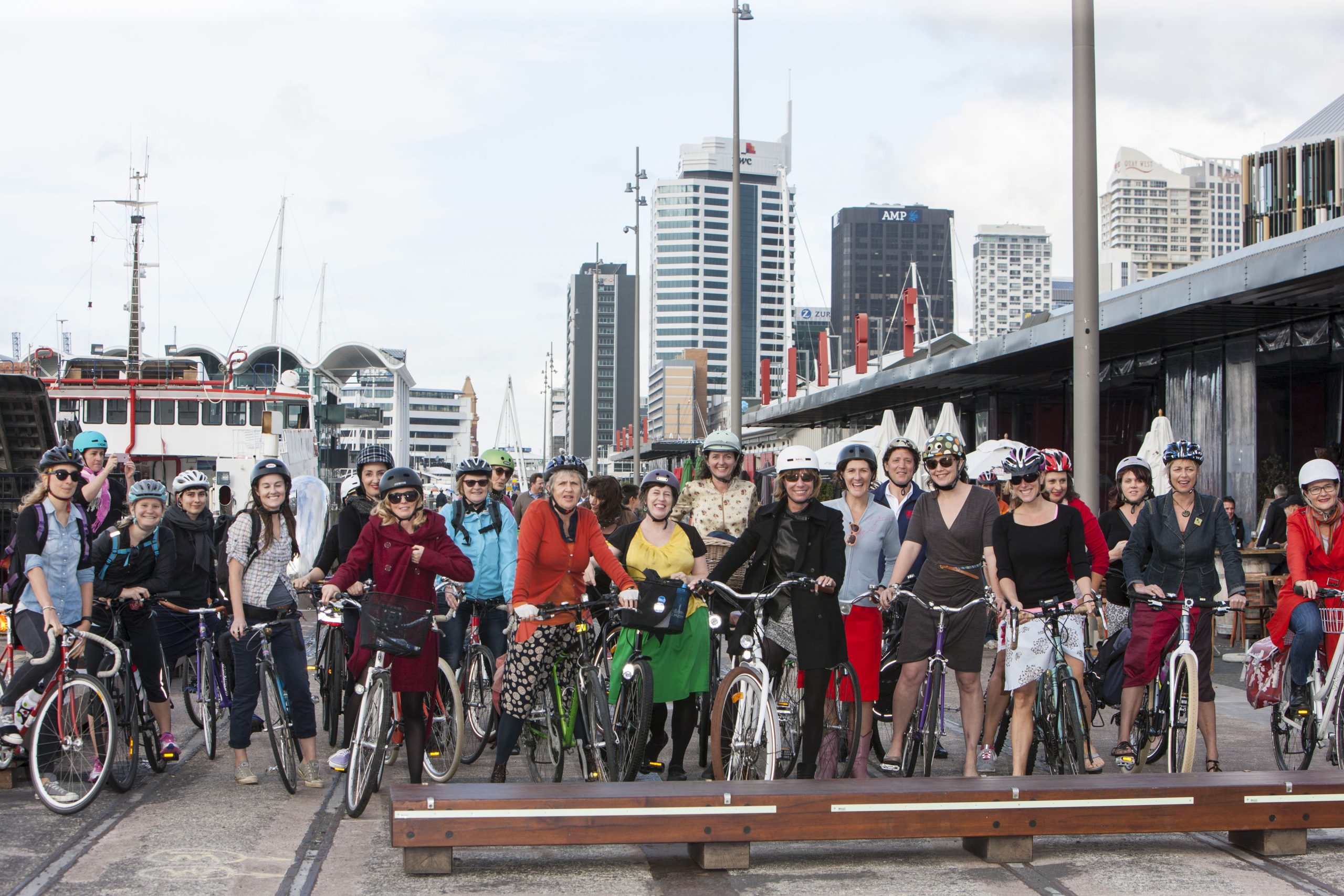 About 25 frockers set off from the Cloud on Queens Wharf with Janette on the Mayor’s borrowed electric bike. A route was taken that showed both Auckland’s successes in making the streets more friendly for riders, as well as some of the problems. A couple of stops were included, both to show Sadik-Khan ongoing efforts and for refreshments and a chance to chat. 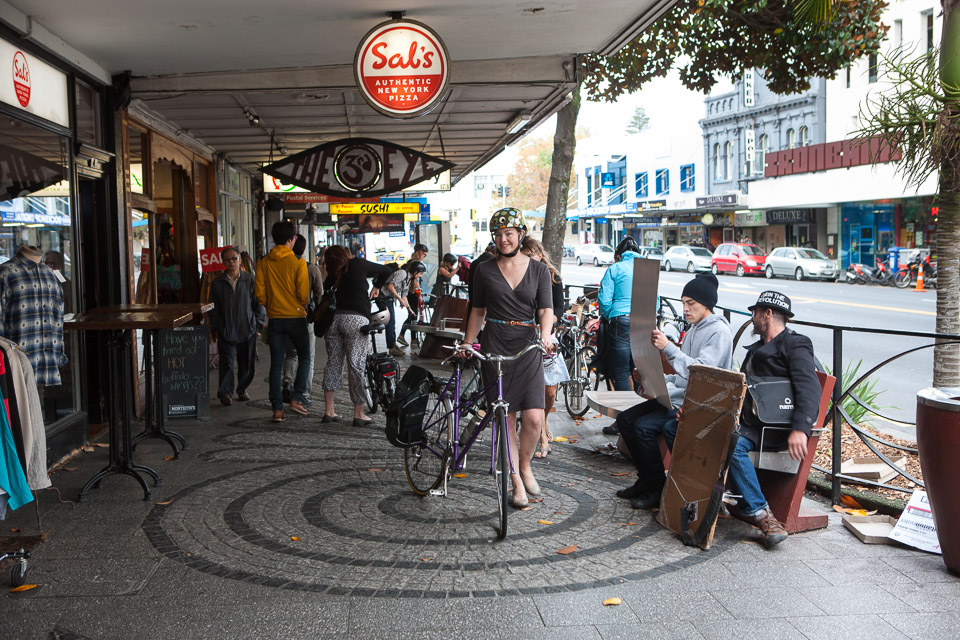 Despite the Wellington style wind, the Frocks on Bikes crew felt really proud on parts of the ride showing off Auckland – particularly through Wynyard Quarter and the newly opened section of Daldy Street. Whilst parts of the ride showed just how far they still have to go, Janette was very excited by the potential of what she saw and thought Auckland was at a tipping point for transformational change.  Here’s to many more Frocks on Bikes! 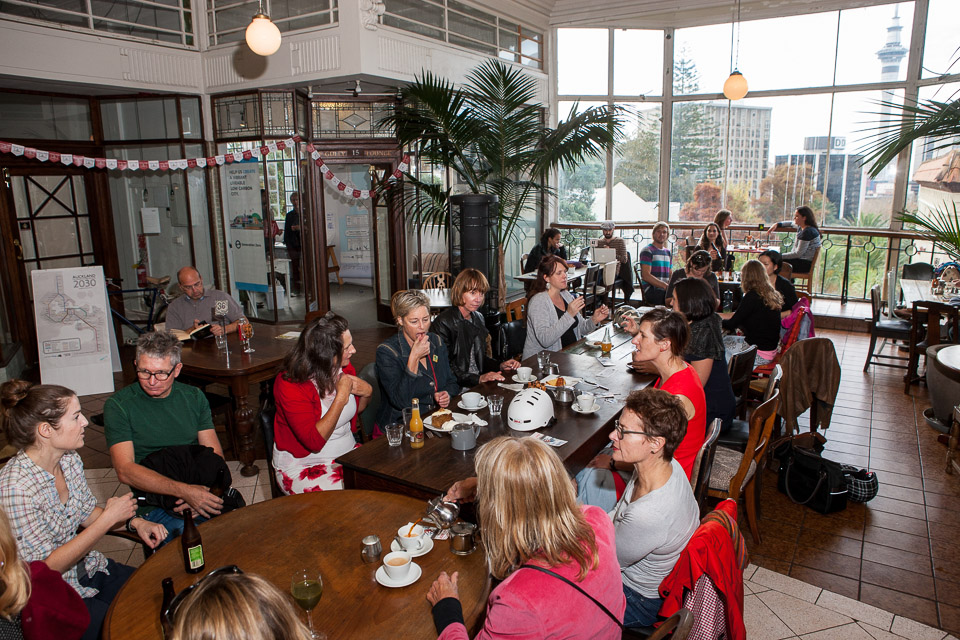