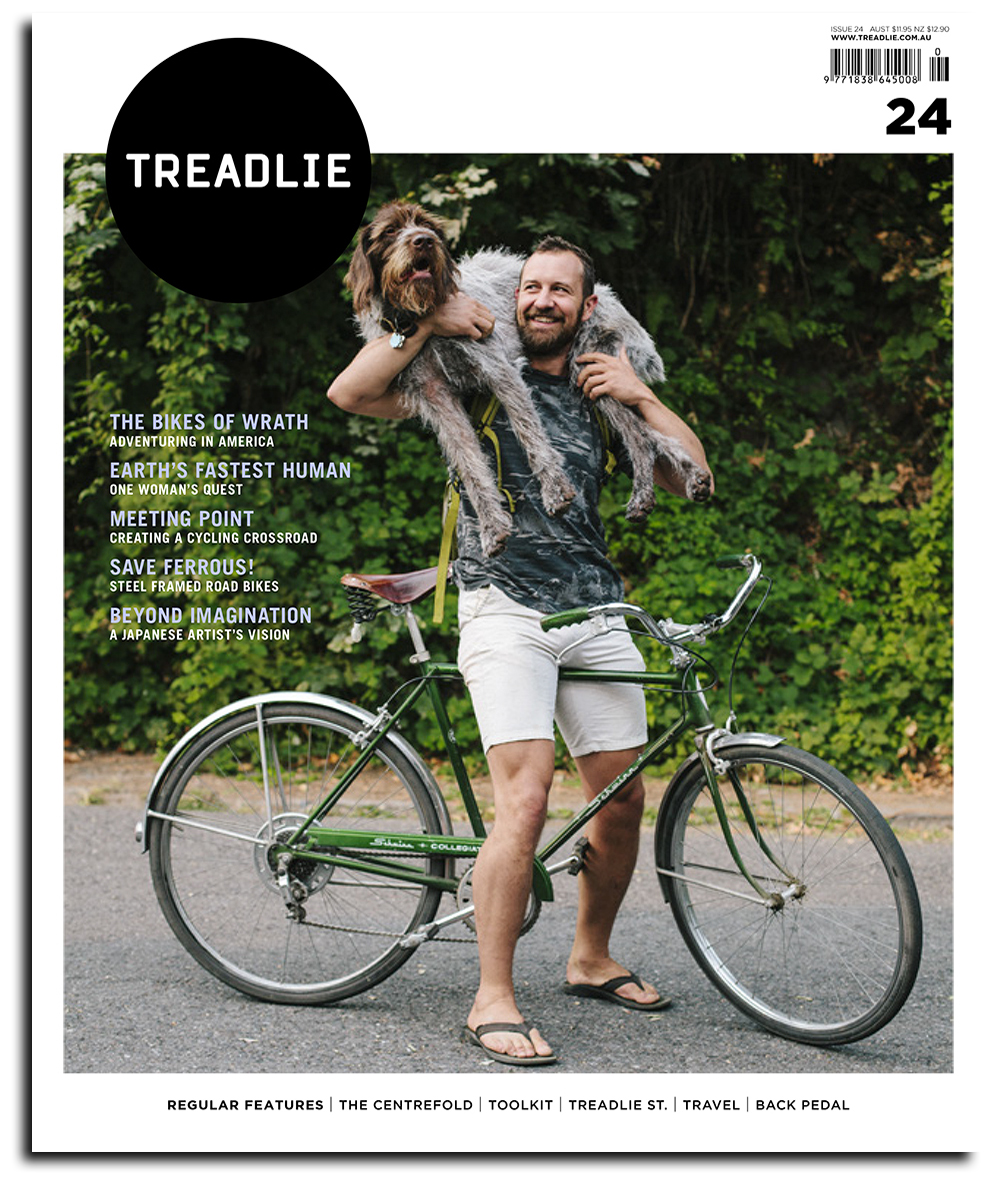 Issue 24 of Treadlie will hit the stands from 14 March. Subscribe here to get your copy posted during the next week.

At the risk of editorialising, we’d go so far as to say that there’s no better way to explore the world than by bike. And if you don’t believe us, we have proof – issue 24 is all about breaking records, pushing limits and making discoveries through cycling.

For starters, learn the story of the fearless Denise Mueller-Korenek who, as of September last year, holds the title of the fastest cyclist on earth. Over in Utrecht, The Netherlands, NEXT Architects responded to a challenging site by integrating a cycle route, school and public park all into one – thus creating a local landmark and a leading example in bicycle infrastructure.

Meet Japanese artist Kosuke Masuda, whose unbelievably intricate, unique art will have you seeing bicycles and their parts in a new light.

A few years back, five Aussie mates set off on a journey from Oklahoma to California in homage to the classic Steinbeck novel The Grapes of Wrath. Now released as a film, (The Bikes of Wrath – get it?) we spoke with a couple of the guys about their transformative, hilarious, and, at times, harrowing experience.

Our travel feature is set in Derby, Tasmania: an action-packed MTB adventure chock-full of ripper rides and good company in an unforgettable location.

If that’s still not enough, we have a curated selection of bike-related treasures in Toolkit – we defy anyone to resist their allure.