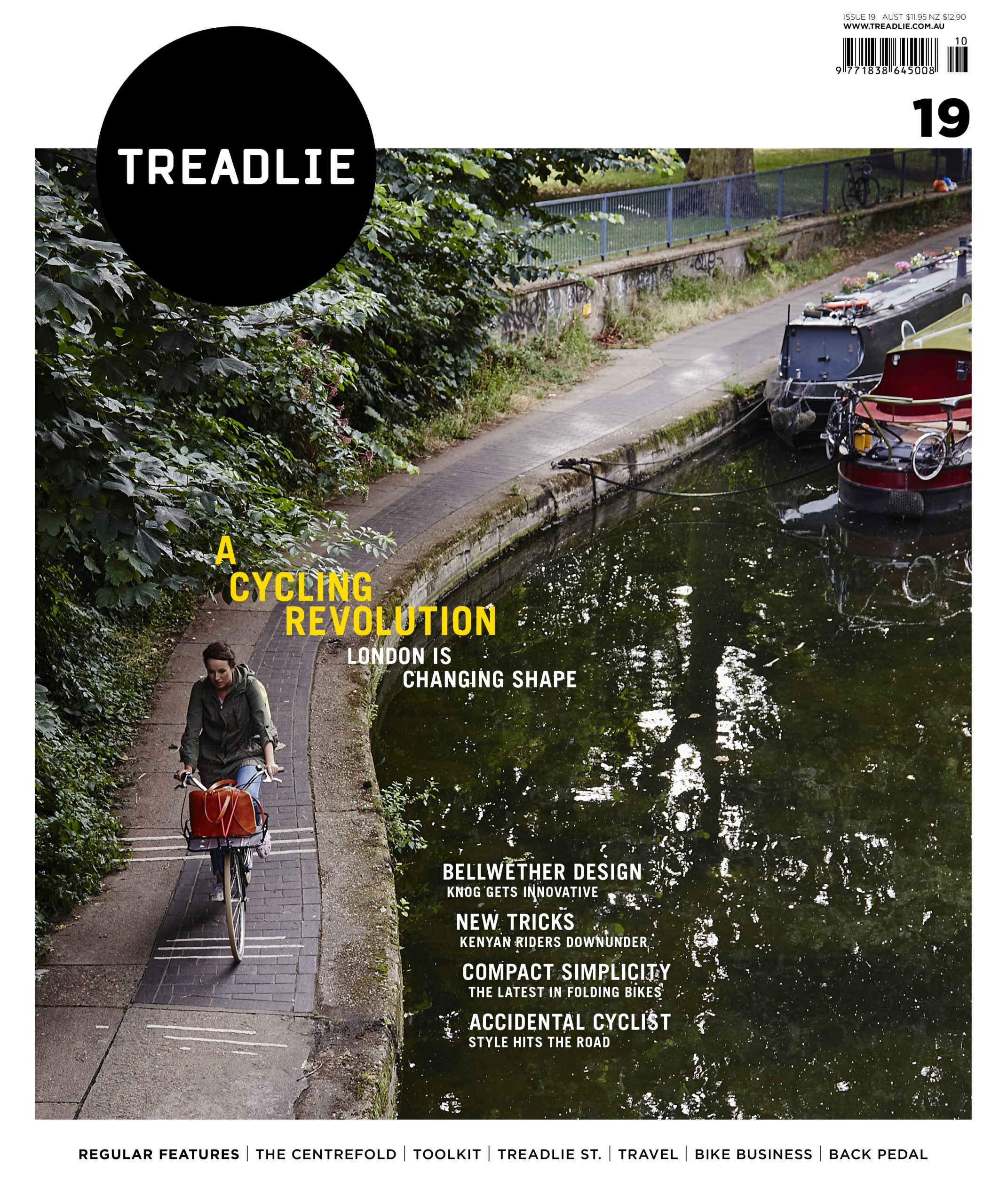 You can purchase this print back issue here or digital issues here.

Issue 19 features a great shot of a cyclist in London on the cover, which also happens to be our cycling city this month — the transformation of a place that was once considered a nightmare on two wheels is truly impressive. Casting our eyes back to Australia, we were surprised and delighted to find out that Canberra is also building a decent cycling profile after chatting with local bike builders, Goodspeed. Then there’s a bit of local design with the Melbourne masters, Knog, who’ve revolutionised the the bicycle bell.

This issue has an amazing Centrefold — a unique, 1993 Kuwahara chocolate step-through. Kuwahara are widely known as one of Japan’s most reputable steel frame producers, building interesting and very high quality bicycles throughout the 1970s and 80s, probably most famous for the BMX from the film ‘ET: The Extra Terrestrial’. At Pedal Cyclery in Melbourne they collect and refresh old frames like this, and rebuild them with a mix of classic components and modern conveniences.

We also take a look at the range of folding bikes available and the illustrious history behind them. Then the Kenyan Riders Downunder prove to be unbeatable combination, comprising of six cyclists from Kenya, four from Australia, and three from New Zealand – including national champion Jason Christie.

As usual there is much more, Toolkit is full of bikes, clothing, books and accessories. Our featured artist in this issue is Sarah Canning. Like any good Clint Eastwood character, she grew up in the saddle and the illustration is of Dirty Deeds Melbourne, a cyclocross event that has been running since 2010. And of course there is as usual, plenty of interesting people on bikes in Treadlie Street.