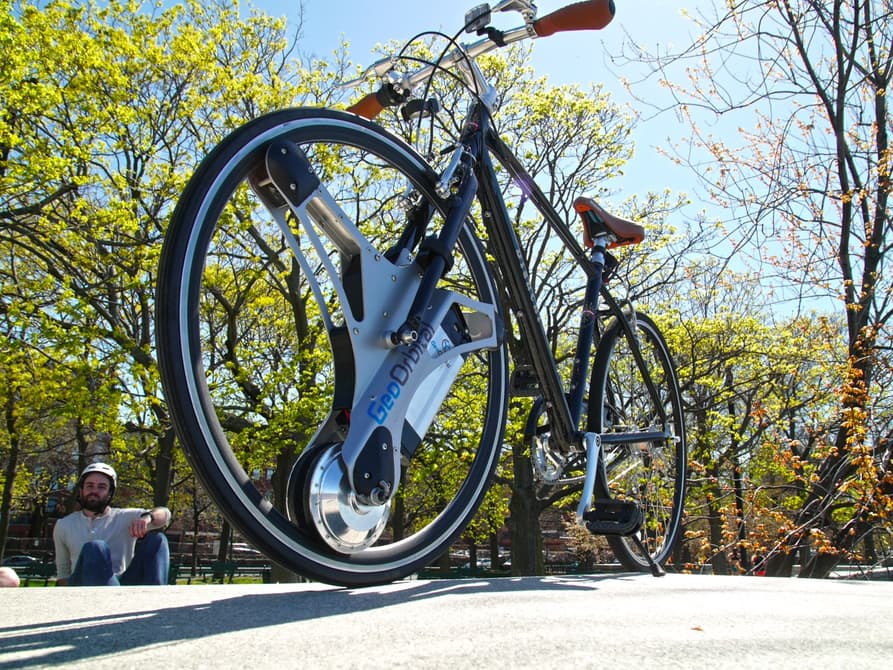 Electric transportation in undergoing massive transformation at the moment and it’s wonderful to see. But it also means there is more choice than ever when selecting a great product, which means sorting out the good from the bad.

Inspired by the light cycles featured in sci-fi movie, Tron, GeoOrbital Wheel inventor Michael Burtov has created a wheel with no central hub. Instead the wheel has a non-rotating module set in a triangular housing with three smaller wheels that rest against the inside of the rim. Inside is a 500W motor and 36V battery to propel you forward.

Because the wheel doesn’t spin the designers have been able to integrate motors, batteries, electronics, headlights, USB charging ports, storage compartments, and many other components that it would not be possible to build into a traditional spoked wheel.

The current design is not yet peddle assisted, though there may be plans for that in the future. For now the system is throttle only. Users have a handlebar-mounted remote to control the speed, which goes up to 32 km/h.

The GeoOrbital wheel can be added to almost any bike in a matter of seconds; you just snap off your front wheel and replace it with GeoOrbital’s electric wheel.

Check out the kickstarter to find out more.