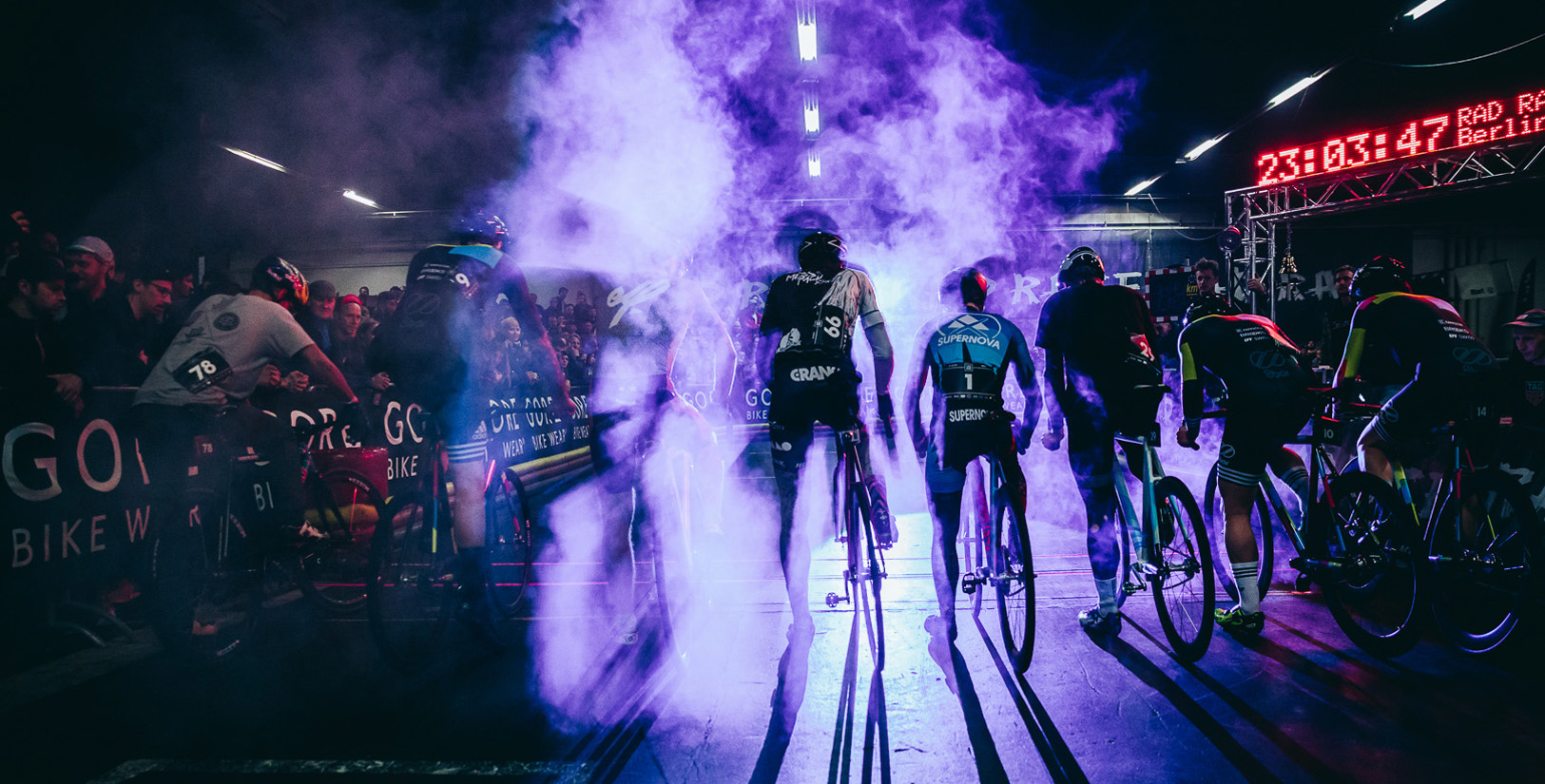 The minds behind Germany’s inventive and trailblazing RAD RACE events on what they do and why they do it. From the moment Ingo Engelhardt realised he could pedal over 50 kilometres an hour on a road bike he was hooked. But while that day may have acted as the catalyst for the organisation of RAD RACE and all it encompasses today, it was long before then that Ingo’s love of bicycles began. According to him – by default of being born in Germany’s self-crowned bicycle capital Münster – Ingo has always had cycling in his blood.

Jan Sprünken’s story isn’t much different. Also born in Münster, Jan’s early childhood was punctuated with family bike trips that had him saddled up with “everything [he] needed along with a tent and a sleeping bag” before taking off on yet another bike packing vacation. With this shared passion it’s no surprise that when the two met 10 years ago (while handing out free ice cream for Ben and Jerry’s) they immediately hit it off.

However it wasn’t until 2013 that the pair, along with 10 of their friends, created the RAD RACE Facebook page to organise bike events that they could get excited about. “We didn’t really understand why bike events always felt [outdated]. We wanted to have our own race series … [that would be] spectacular not only for the athletes but also for the spectators,” explains Ingo. 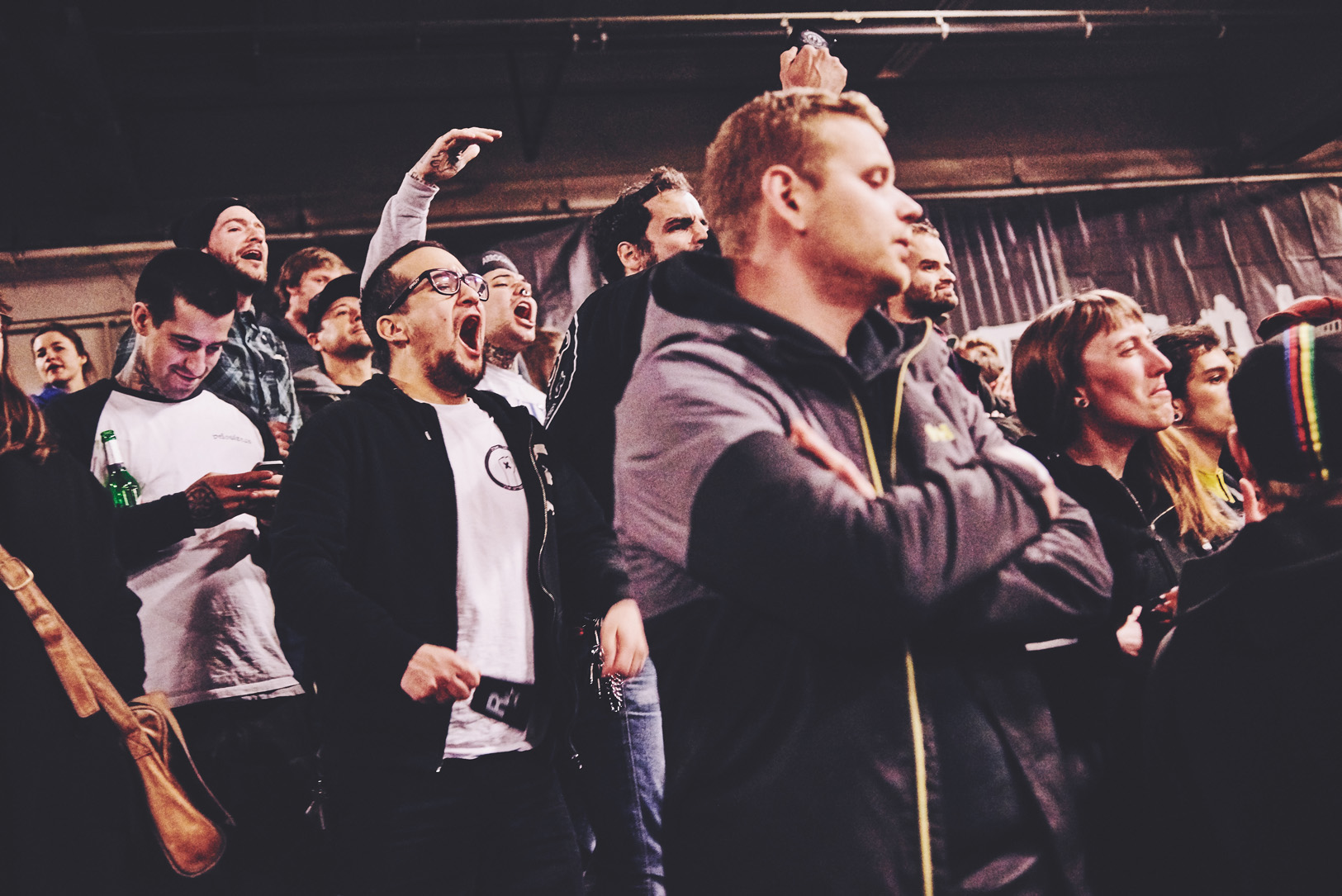 Now going into its fifth season, it’s easy to assert that they haven’t failed at their endeavour. There are five competitive events and every one of them is unique and engaging.

The first event of the year is always the first RAD RACE event ever held: Last Man Standing in Berlin. Hosted in a compact but stunning location inside a cavernous indoor kart track, the event is made up of an elimination format and there are only eight riders in each race – so it’s easy for onlookers to follow the dynamics.

After every lap the last rider gets eliminated until only one is still standing. The whole thing makes for incredible viewing because of the athletic and technical abilities of the riders. And then, once everything is over, the afterparty starts right there on the track. RAD CROSS comes second, which Ingo describes as “a cyclocross race with elements of a BMX contest – loud music, obstacles and urban.” Another crowd favourite is RAD RACE BATTLE. It’s a one-on-one high-speed sprint race with a huge audience that loves to cheer. If you’re fast you make it to the next round – if not, you’re out.

Next is Fixed42, the event that proves how invested the organisers really are in creating something special because, as they explain, it’s not an easy one to arrange. “This format we really had to work hard for. It took us quite a while to finally meet our friends from Iron Man (the organisers of the Velothon Berlin) who had the guts to step up and allow us to present this race,” says Jan. “Seven hundred and fifty riders on track bikes dashing through Berlin’s inner-city streets. It quickly became the biggest fixed-gear race in the world! We absolutely love it!”

Lastly there’s RAD RACE CRIT. It’s probably the closest to a traditional format but is more a race against a sweeper car than against the clock. “If you’re overtaken by the leading [car] you’re out,” says Jan. “The crowd cheers for the last ones more than for the winner of the race.”

All five events house a limitless spirit. There’s an unbridled joy to each that captures the imagination – even non-cycling fans would struggle to remain disinterested. And really, that’s the point. RAD RACE doesn’t want to take themselves too seriously and they don’t want anyone else to either. It’s predominantly about having fun – which is exactly why they’ve created their newest event, Tour De Friends.

In a tip of the hat to what is arguably the greatest traditional cycling event in the world, Tour De Friends follows the route of its namesake – but its purpose is a celebration of community rather than competition. In 2017 four hundred odd riders christened what was the first event of hopefully many to come of this recent addition.

“We were so happy and proud when we at last reached the Mediterranean … you should have seen the Italian villages and the warm and welcoming way they embraced the whole concept,” Jan enthuses. “Imagine: there was an Italian mayor along the way who decided the weather forecast was so bad, he had to spontaneously organise an extra check point. They served apple strudel, warm pizza, wine and regional cheese for the riders. Some stayed for more than an hour and left the place semi tipsy … I really don’t know anything that compares to it.”