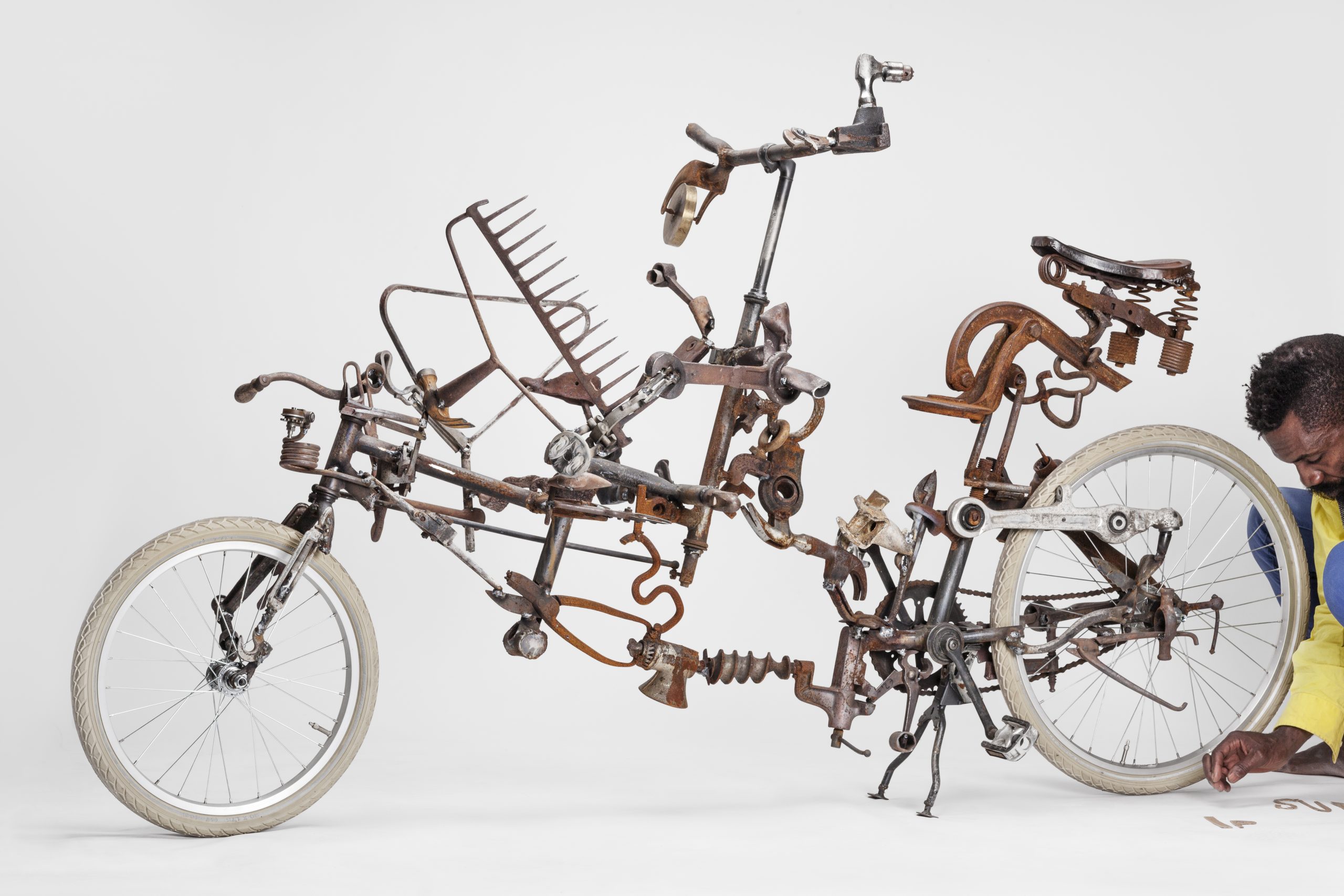 Artist Victor Sonna uses art to explore the tension inherent in his Cameroon and Dutch background. Sonna has created a series of ‘bicycles’, collaging aged industrial elements to articulate the components of a regular bike. Hammers, rakes, pliers and springs – each component with its own history – are brought together with finesse to create the structural integrity of the new object.

Says Sonna, “I draw lines throughout the city while riding my bicycle. These lines are neither straight nor angular.” Pictured here is the Ipsum bicycle from his Future Nostalgia collection.