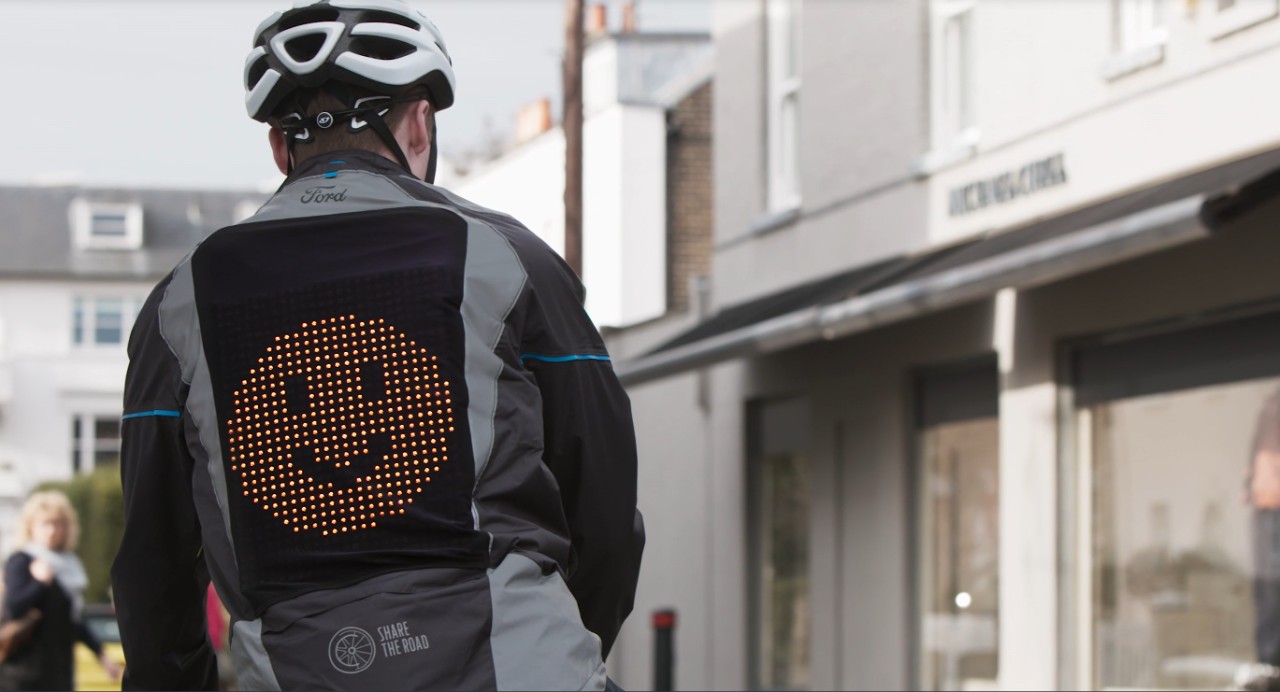 As part of its ‘Share The Road’ campaign in Europe, Ford has commissioned a prototype Emoji Jacket designed to allow riders to communicate not just their intentions on the road, but how they’re feeling.

This rather unique garment has an LED mesh panel that can display one of three emojis  (? ? ?),  arrows ⬅️ ➡️ and a hazard signal ⚠️. Ford’s idea is based on the popularity of emojis in everyday communication, to such an extent that the first “Emoji Trend Report” found that most people feel more comfortable expressing their emotions through emojis than a phone call.

The cyclist activates each emoji, indicators and the hazard sign using a wireless remote mounted on the bicycle’s handlebars.

What’s your verdict? Fab or fad?