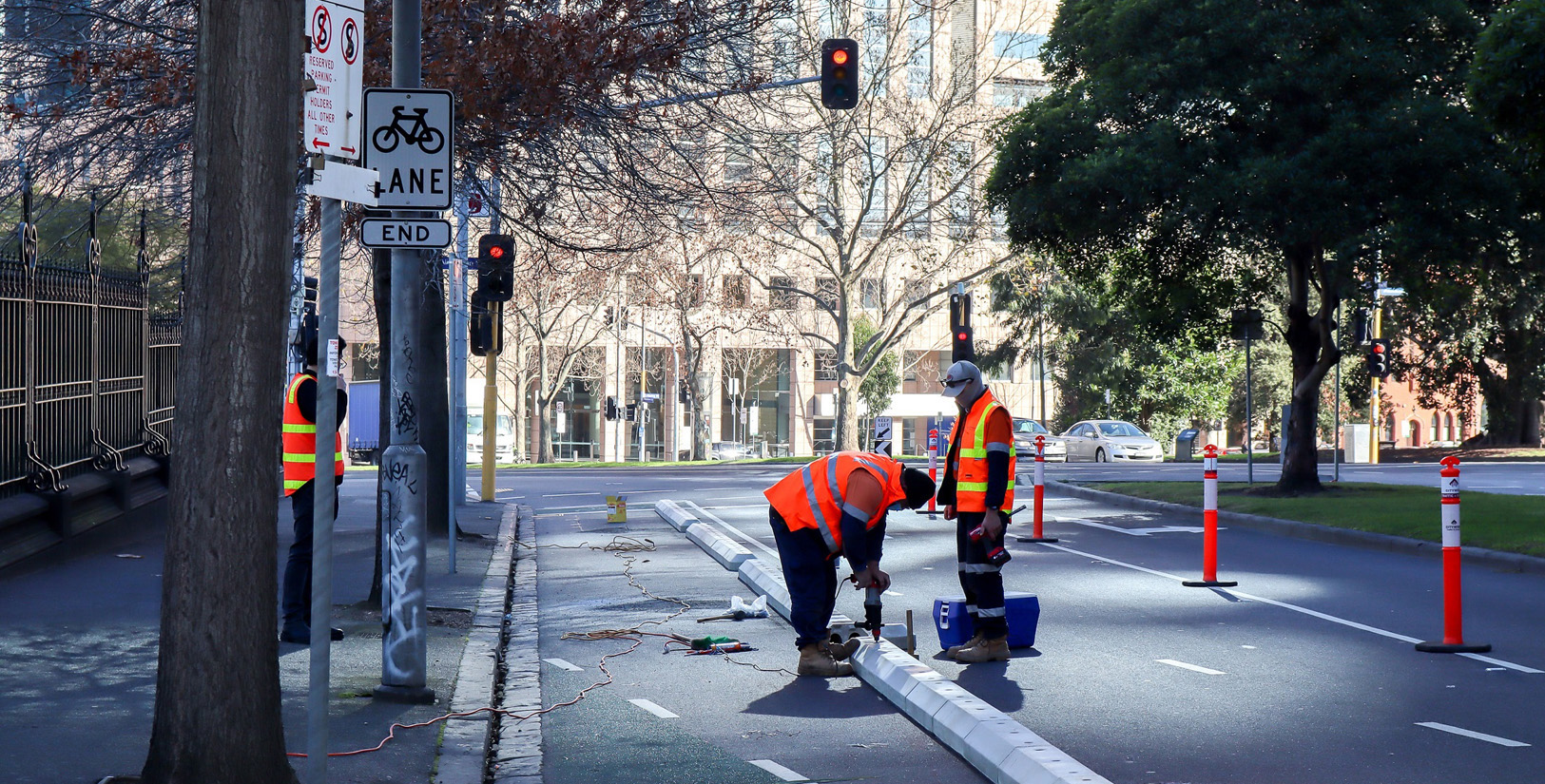 Protected bike lanes made from recycled materials were installed in Carlton and East Melbourne last week as part of the City of Melbourne’s initiative to fast-track 40 kilometres of new bike lanes.

Lord Mayor Sally Capp said the first bike lanes are being installed on Drummond, Faraday and Albert streets this week, with more to be installed on Swanston Street north of Elgin Street early next month.

“We’re making it safer for essential workers living close to the CBD to ride to work, which will create more space on trams and trains for people who need to travel into the city from the outer suburbs,” the Lord Mayor said.

“We’re seeing people embrace riding and walking as a way to stay fit and maintain physical distance during the pandemic.”

“In an Australian first, we’re using recycled glass to create the protected bike lane barriers. Instead of bottles ending up in landfill, we’re using about 15 to 30 kilograms of glass in each barrier.”

“Delivering the new bike lanes will support 17 jobs and we’re working in partnership with Citywide and a Melbourne-based small business, Orca Civil.”

“We’re continuing to take climate action, even while responding to the COVID-19 pandemic. This project will kick-start changes to how people move around Melbourne for years to come,” Cr Frances Gilley said.

“We worked with Deakin University for two years to develop the polymer concrete barriers made with recycled materials, so it’s exciting to see the first bike lanes rolled out,” Mr Williams said.

“We relocated our manufacturing from China to Geelong in 2016 so the bike lanes are being made by a company that’s fully Australian owned and operated.”

The first five priority routes to be delivered in the coming months are:

The adaptable bike lanes will be functional for years to come and may be progressively replaced with fixed lanes over time as required.

The project is being delivered in two stages in collaboration with the Victorian Government. The City of Melbourne is investing $16 million to deliver the first 20 kilometres of fast-tracked bike lanes this year.