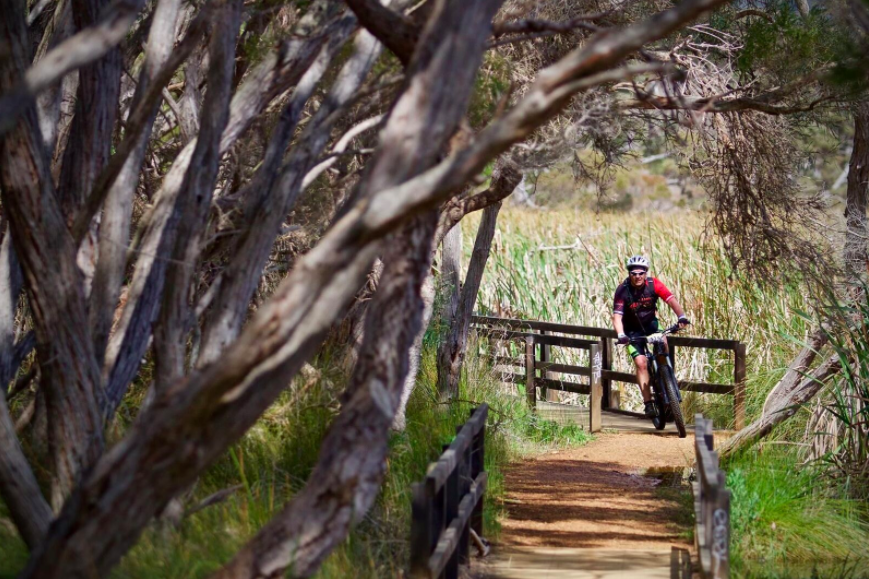 The Southern MTB is an adrenaline pumping mountain biking event that showcases Albany’s scenic surrounds and irresistible trails. The thrilling festival runs over three days and has evolved from the iconic Albany Urban Downhill. This year is set to be bigger and better than ever, with the event being not only just for riders but will dazzle the crowds and spectators too.

This year Pro Rider Declan Von Dietze, is confirmed to compete in the Southern Peaks 50KM. Declan’s name has been in the lime light after setting the Munda Biddi end to end record in May, smashing the 1000KM trail in 4 days, 6 hours and 39 minutes.

“I’m really excited about the Southern Peaks MTB, I haven’t raced in Albany before but the trails are world class and the views are incredible. Top that off with the festival that will be happening in town, you’re looking at one of the best weekends of racing on the Australian calendar,” said MTB Pro Rider Declan Von Dietze.

The two draw cards for the Southern MTB are the Southern Peaks and Urban Downhill events. This year’s Southern Peaks race will take riders through the stunning coast line of Albany, along trails not open to the public in the beautiful Maitraya Private Retreat. Riders will then continue over to Emu Point by barge before completing the second half of the course.

This year a new Urban Downhill course moves away from York Street and looks to feature more of the natural landscape of Albany. Starting at Mt Clarence riders will have a gutsy, steep downhill course, before breaking out into the Urban environment and winding down a few of WA’s steepest roads.

“The track is being designed so any competent downhill rider can ride it and any advanced downhill rider can go big! This year’s course is shorter, faster, easier to shuttle and could be ridden without a chain, so if you are ready for an all new gravity ride , get on it and sign up now,” said Urban Downhill Race Director, Paul Fage.

Other events over the weekend include; the Jump Comp on Saturday evening, Kids Urban on Sunday morning and the NEW Junior Urban Downhill event taking place just before the main Downhill event on Sunday.

For more details and to enter head to southernmtb.com.au