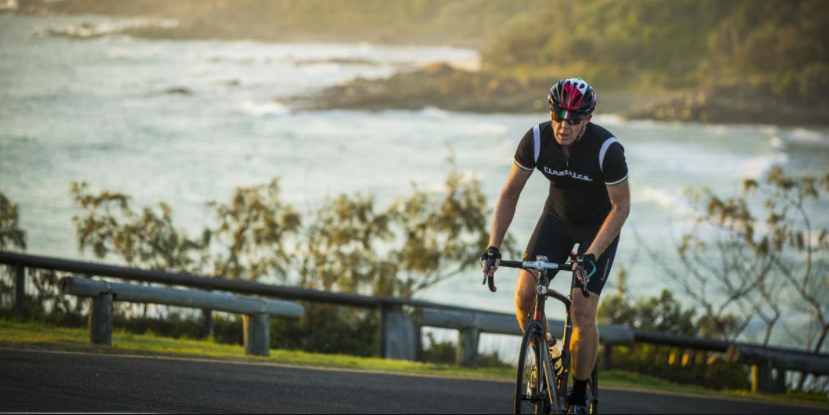 Don’t let the accent fool you, former Scottish Commonwealth Games cyclist Lucy Coldwell is very much a Sunny Coast girl and she is hoping her local knowledge of the spectacular hinterland and seductive coastal roads will hold her in good stead when she tackles the three day (361km) Velothon Sunshine Coast.

Lucy is one of the highly credentialed riders looking forward to testing their legs against the challenge of the Velothon course that walks the line between beauty and brutality, and she knows it won’t be a walk in the park.

“I don’t 100 percent know what to expect at Velothon. I am guessing there are going to be some people who are really competitive and potentially there will be a race at the front. Then there will be people out there to just enjoy themselves and stop at all the feed stations and just ride along with their friends. We will see on the day. I am sure there will be a bit of a mixture of competitors.”

“I live in Mons, ride a lot out in Maleny and often ride to work in Caloundra. I have done the Bli Bli climb a few times, although I used to go up it a lot faster than I do now. I have ridden Obi Obi and it is pretty tough, especially if it comes at the end of a ride it is hard work. So I am very familiar with the roads Velothon is taking. By knowing the roads I will know what to expect and when to save myself, so my experience might help but I think maybe my fitness will let me down.”

Her advice for anyone firing up at Velothon Sunshine Coast (13-16 July) is to ride to their strengths.

“If you are a weak climber, make sure you get to the front before the climbs so you don’t lose so much time and use the descents to catch on. Sticking to the front is always the best way to save your legs. The whole Velothon event is going to be a massive achievement for the weekend warrior cyclists. It is a great goal to have and get through. They are big hard rides and to back them up day after day will be tough and a really good challenge” she said.

The local Sunshine Coast veterinary surgeon started cycling in her mid 20’s when picked up in a talent ID program advertised in her home country of Scotland. It was the start of a passion for cycling that took her to the Glasgow Commonwealth Games and gave her the experience of riding in elite women’s teams in both Europe and Australia.

“I was the only person from that program that went to the Commonwealth Games and while the program stopped from lack of funding, obviously I kept going. I am an endurance type of rider and the time trial is my forte and I really enjoyed the big tours with lots of hills in them, which is why riding Velothon Sunshine Coast will be nice.”

Lucy came out to Australia to do a mixture of work and cycling and was back and forward between Europe and Australia racing for about three years. While she was initially involved in the Melbourne cycling scene racing with the famous Caulfield, St Kilda and Geelong cycling clubs and competing in the National Road Series in 2013/14/15 for the Holden Women’s Cycling Team. But in 2014 she discovered the Sunshine Coast and made it her home.

“There was supposed to be a team going to Europe but when I was in Melbourne I got the call from the coach that basically said that everything had fallen through. So then I stayed in Australia and kept going with what I was doing and took my own path after that.”

“I think events like Velothon are wonderful for the Sunshine Coast area. Everyone is so sporty here and the atmosphere is great with all the triathlons and the marathon and everyone comes out for the weekend and are a part of it. Everyone is supportive of each other and especially local people who do the events which is one of the reasons that it is a great place to live.”

While Lucy is fired up for the Velothon Sunshine Coast, she has set herself an even bigger challenge in September, the Hero Mountain Bike Himalaya, a nine stage mountain bike race from Shimla to Dharamshala.

“I haven’t done a huge amount of mountain biking, so it will be steep learning curve. Velothon Sunshine Coast is going to be a wonderful opportunity to get some good training in my legs,” she said.

Velothon Sunshine Coast is supported by the Queensland Government through Tourism and Events Queensland as part of the It’s Live! in Queensland events calendar. Queensland, just the place to experience Australia’s best live events.