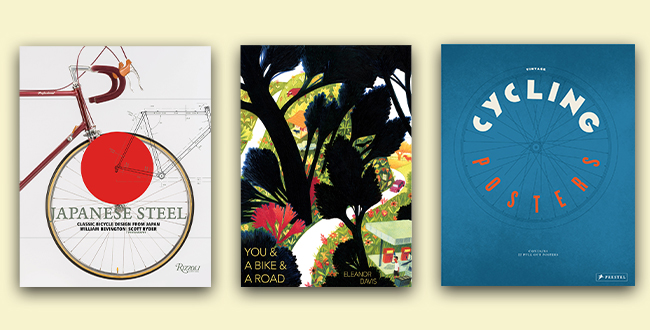 Please enjoy this selection of cycling-related books that you should seriously consider making your own.

Epic cycling journeys through the heart of Australia

Daniel Oakman takes us on a rich ride through 130 years of Australian cycling; from the overlanding heroes of Arthur Richardson and Francis Birtles, to the lesser-known but no less amazing feats of Jerome Murif, Ted Ryko and Joe Pearson, through to modern-day bikepacking trailblazers such as Kate Leeming, Tegan Streeter and Tom Richards. Celebrity riders are here too; from the historic icons of Hubert ‘Oppy’ Opperman, Wendy Duncan and Shirley Law, to the more recent triumphs of actor Sam Johnson and his audacious quest to ride a unicycle 15 000 kilometres around the country.

The concept for The Cycling Jersey – Craftsmanship, Speed & Style was, in fact, born on Instagram. Three Back Pockets is an online community for devotees and aficionados of cycling jerseys and this book was created by them, for them. The Cycling Jersey traces the history and evolution of jerseys and the people who wore them; including interviews with avid collectors and essays from cyclewear insiders. This book is the definition of a labour of love – and after looking at its colourful pages we have to say that the warm sentiment is contagious.

Vintage Cycling Posters by Andrew Edwards is a mouth-watering collection of vintage posters dating from the late 19th-century to the 1970s. These divine full-colour posters chronicle the style and speed of cycling throughout the years. Not only can you look and touch, you can display them too: each poster is detachable from the spine and ready for framing.

This article originally appeared in issue 23 of Treadlie.

Japanese Steel: Classic Bicycle Design from Japan packs major eye candy from cover to cover. Written by William Bevington and photographed by Scott Ryder, the book takes a comprehensive look at the celebrated period of Japanese bicycle design from the 1950s to the 80s.

This article originally appeared in issue 23 of Treadlie. 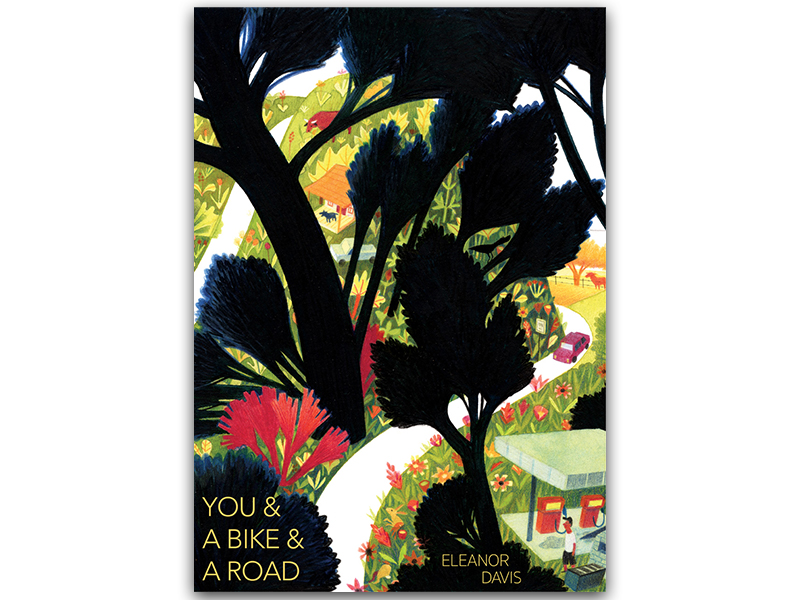 Eleanor Davis is one of the most renowned cartoonists of her generation, and in March of 2016 she decided to ride her bicycle from her parents’ house in Arizona to Athens, Georgia – where she lives. You & a Bike & a Road traces not her entire journey, but rather its standout moments. The immediacy of Davis’ illustrated journal makes for an incredible chronicle of human experience on the most efficient and humane form of human transportation. A must read.