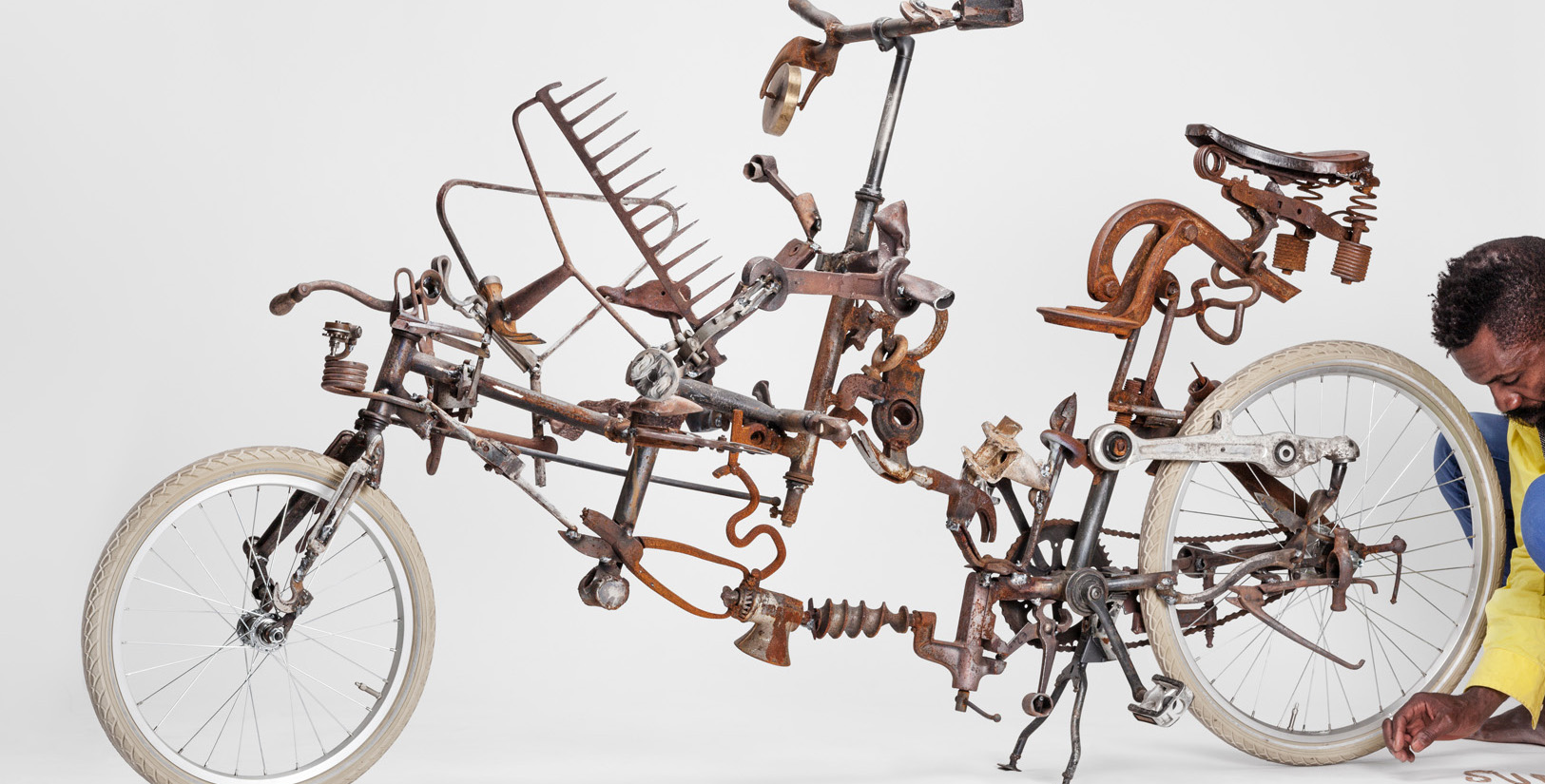 A selection of bikes made from stuff that bikes aren’t usually made from. 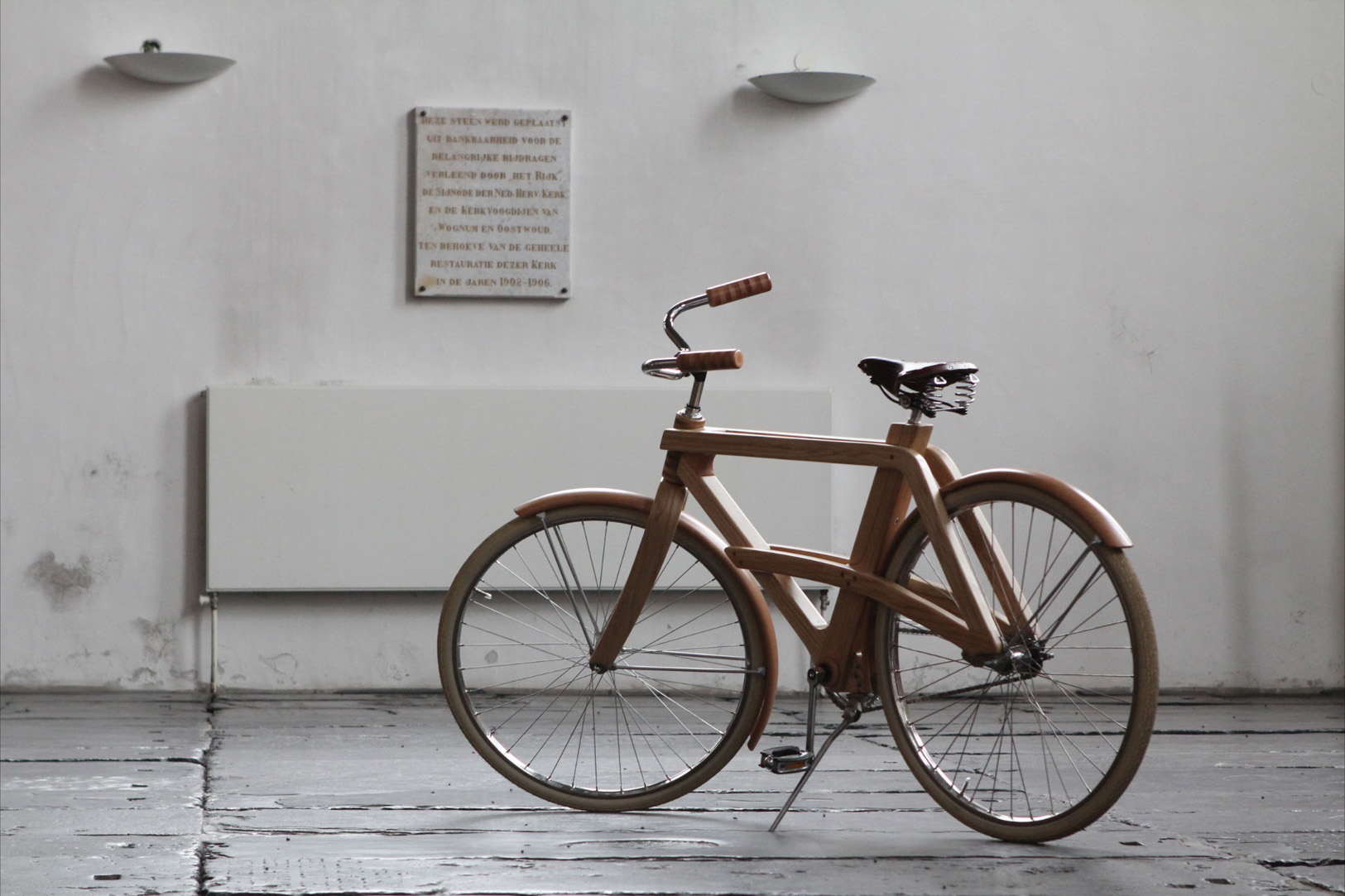 This article originally appeared in issue 14 of Treadlie Magazine. 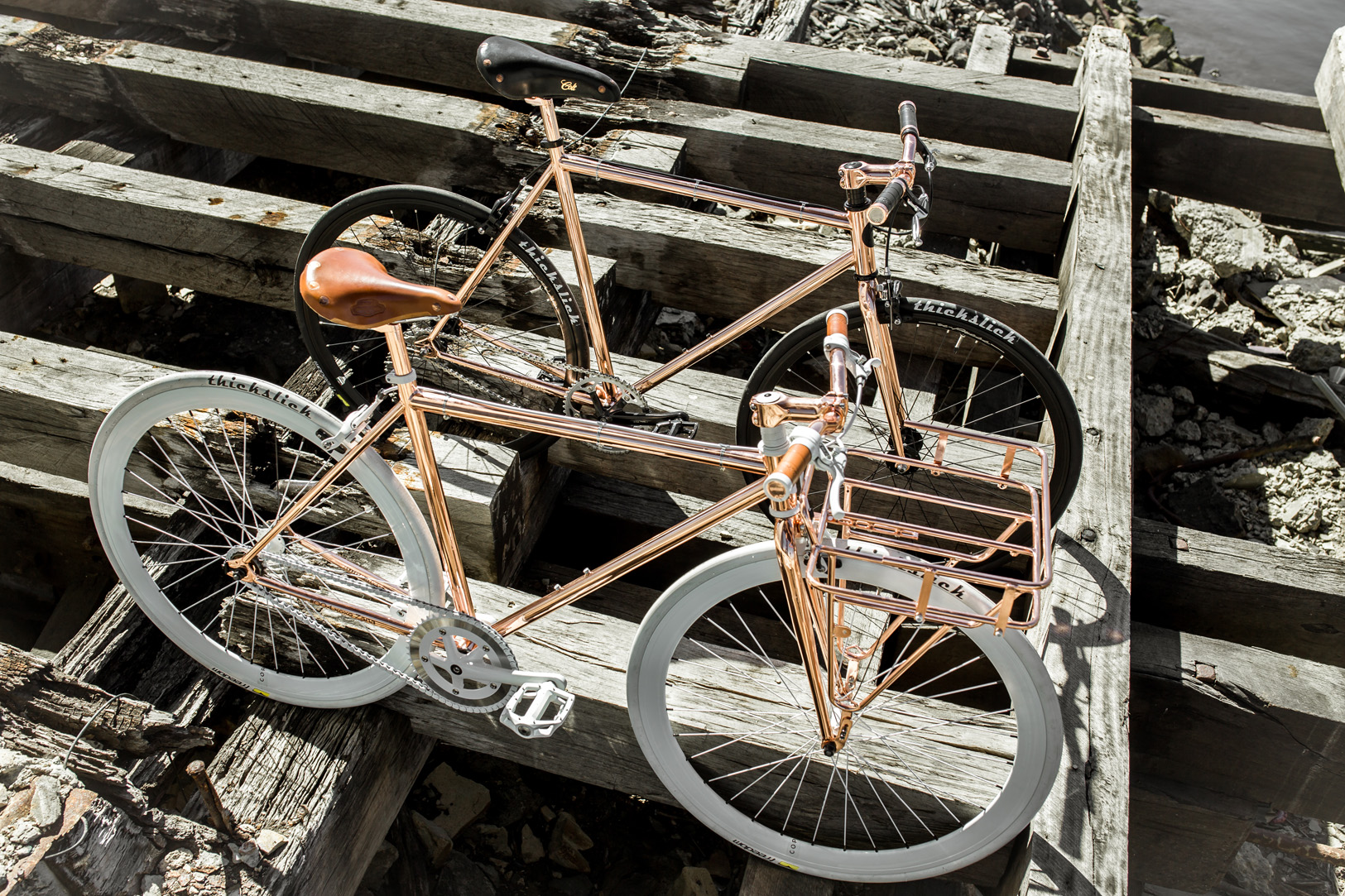 Copper Co. Bikes was created after owners Chris and Jess saw a gap in the market to offer a bespoke style bicycle range, using copper as their main finish. With hand selected genuine leather accessories and a locally sourced electroplated finish, these bikes are sure to attract the most discerning eye. All bikes are individually made to the customer’s specifications. Lovely. 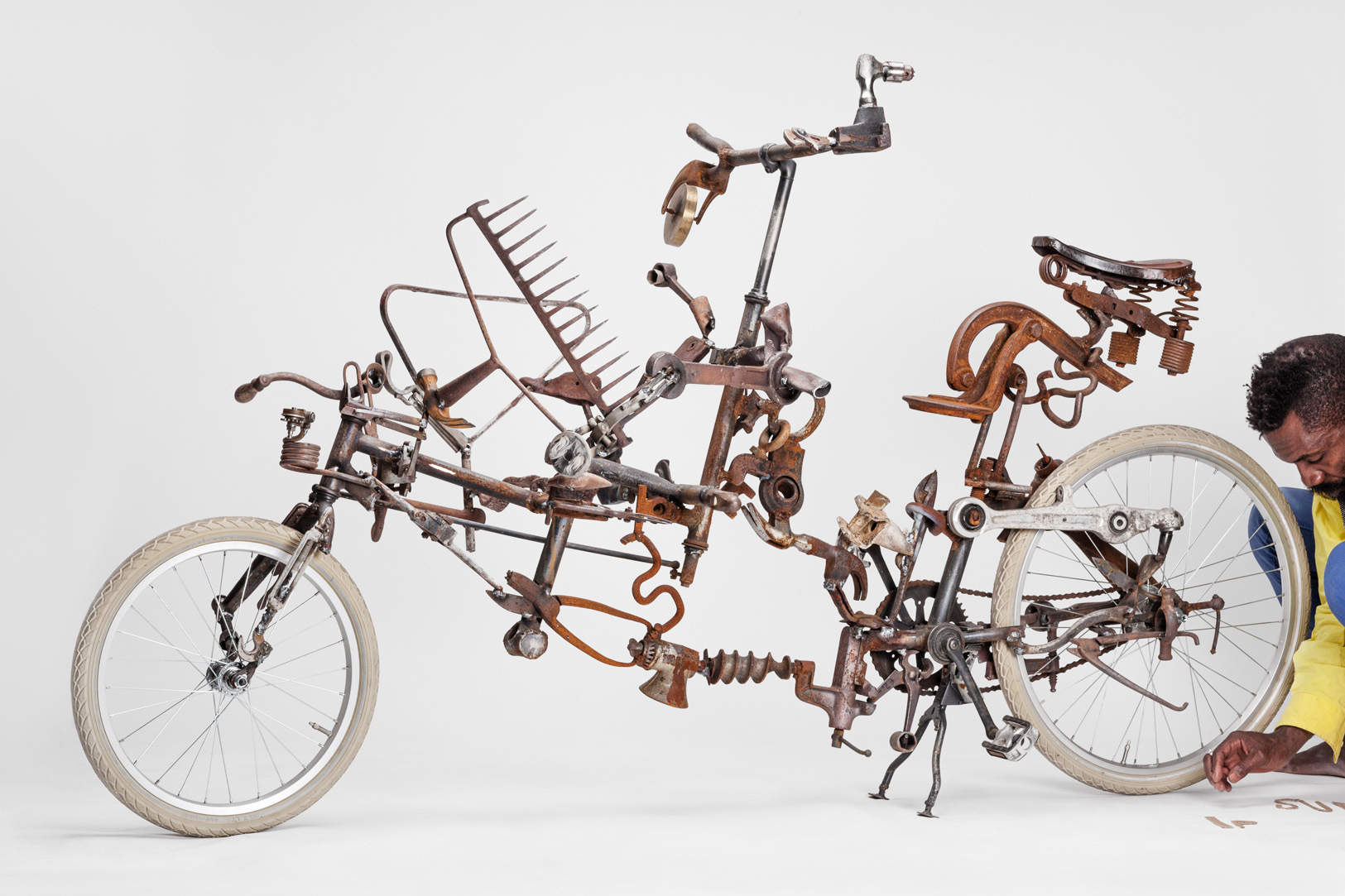 Artist Victor Sonna uses art to explore the tension inherent in his Cameroon and Dutch background. Sonna has created a series of ‘bicycles’, collaging aged industrial elements to articulate the components of a regular bike. Hammers, rakes, pliers and springs – each component with its own history –are brought together with finesse to create the structural integrity of the new object.

Says Sonna,“I draw lines throughout the city while riding my bicycle. These lines are neither straight nor angular.” Pictured here is the Ipsum bicycle from his Future Nostalgia collection. 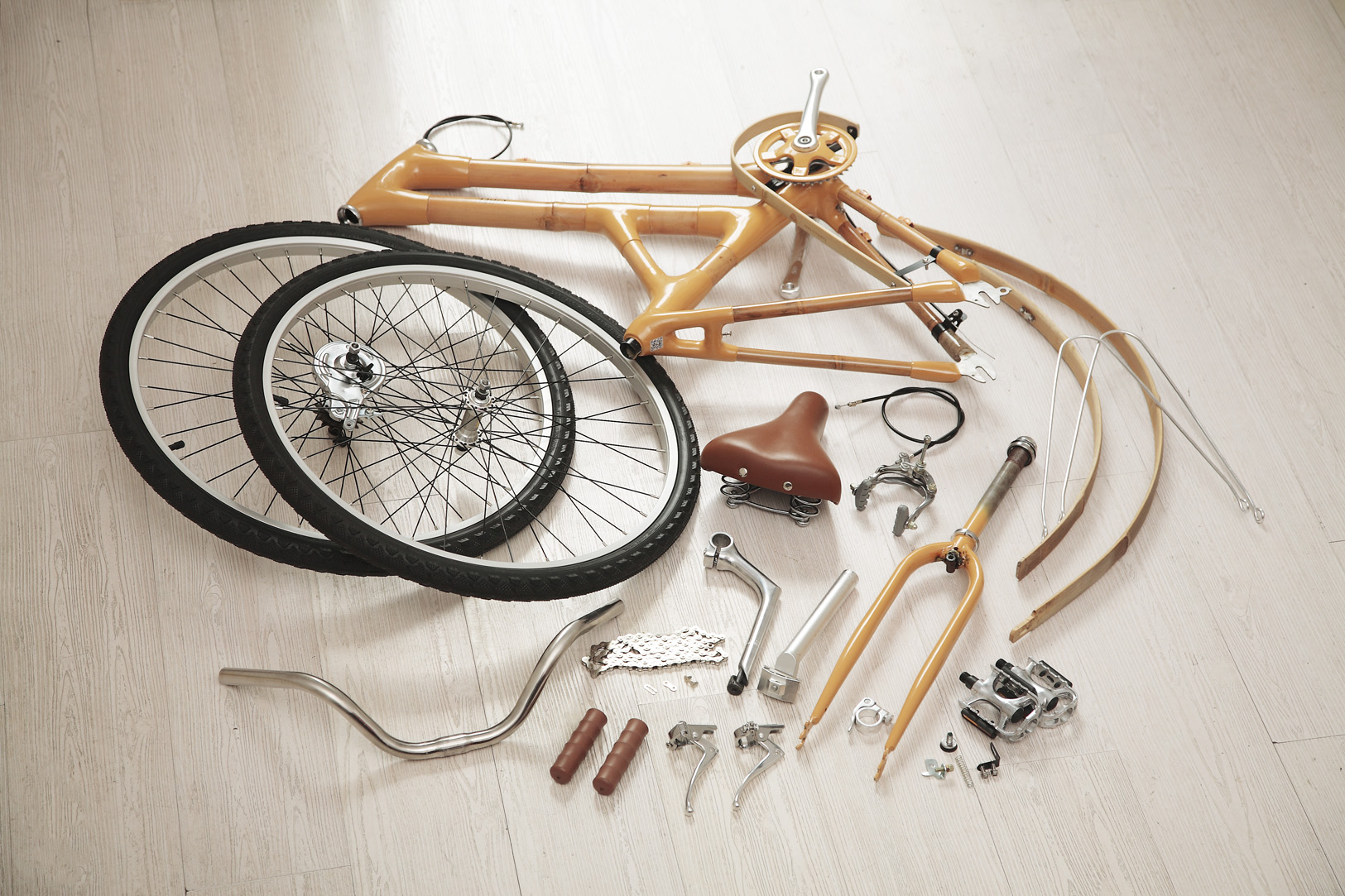 Sunny Chuah was so inspired by his own nine-month ride through Central Asia on the bamboo bike he had built, that he set up Bamboobee. Not content with building bamboo bikes for others, Sunny now has a BIY Bike Kit. Order one of these and you will get not only the joy of riding a bamboo bicycle but the satisfaction of building it yourself from scratch. He promises that there is no need for engineering expertise or sophisticated machinery to build one of these kits, just a few simple tools and the ability to follow instructions. 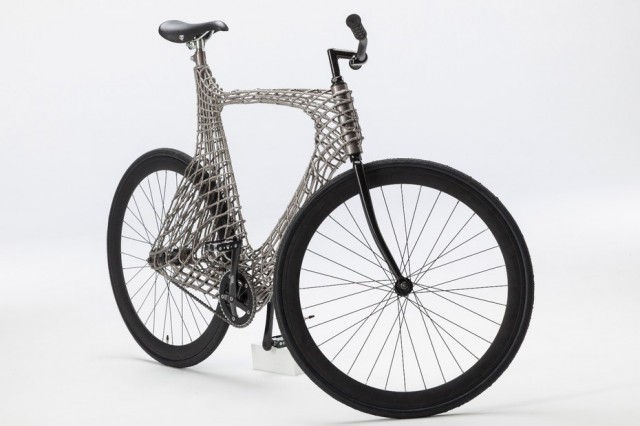 Admittedly, steel bikes are nothing new – but a 3D-printed one is a bit spesh!

A student team from TU Delft in the Netherlands have pushed the boundaries of 3D printing by designing and producing a fully functional 3D printed stainless steel bicycle. The students designed the frame to demonstrate the potential of this new method for 3D printing.