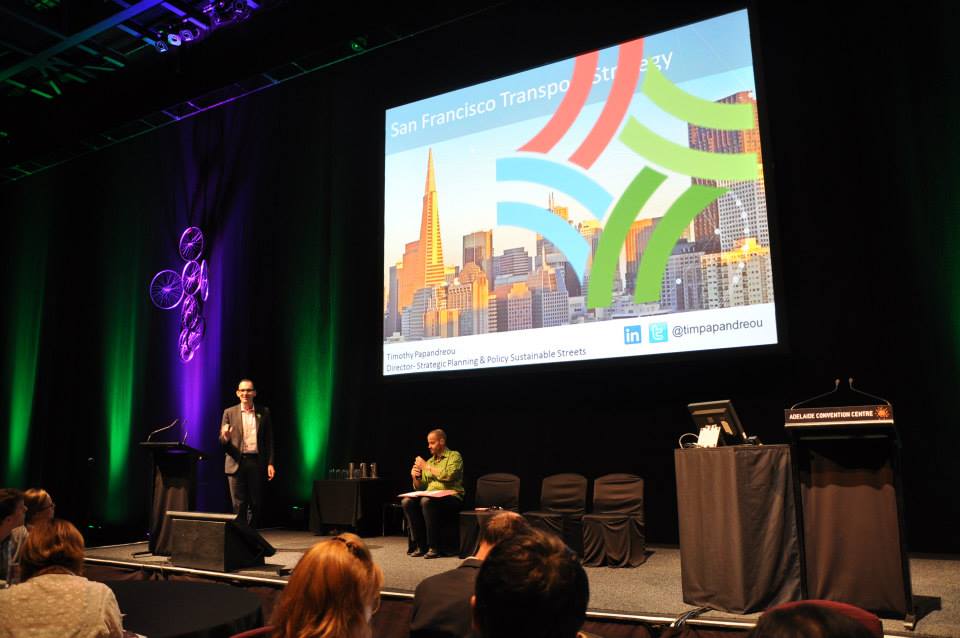 The third day of Velo-city Global was packed with sessions with plenty of opportunity to hear the experiences of others, consider their research, contrast opposing views, discuss in roundtable sessions and compare. The morning kicked off with a session on mandatory helmet laws, a topic that arose consistently throughout the conference. Chris Rissell  of Sydney University, Ian Kerr from WA and Michael Bridge all presented on the topic which led to lively discussion. 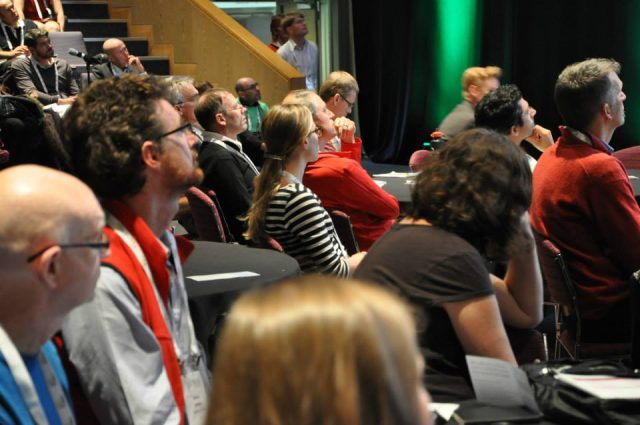 Simultaneously, a session looking at the ambitions of three cities, Brisbane, Auckland and Christchurch revealed just how serious New Zealanders are getting about bicycles as a serious option for urban transport. With 7% of Christchurch commuters travelling by bike (according to the last census) they are already on the way but don’t intend to rest on their laurels. The City of Christchurch for example, has taken the re-building necessary after the earthquakes as an opportunity to build a comprehensive cycling network. It seemed that everywhere you turned at Velo-city Global there were New Zealanders doing great things! 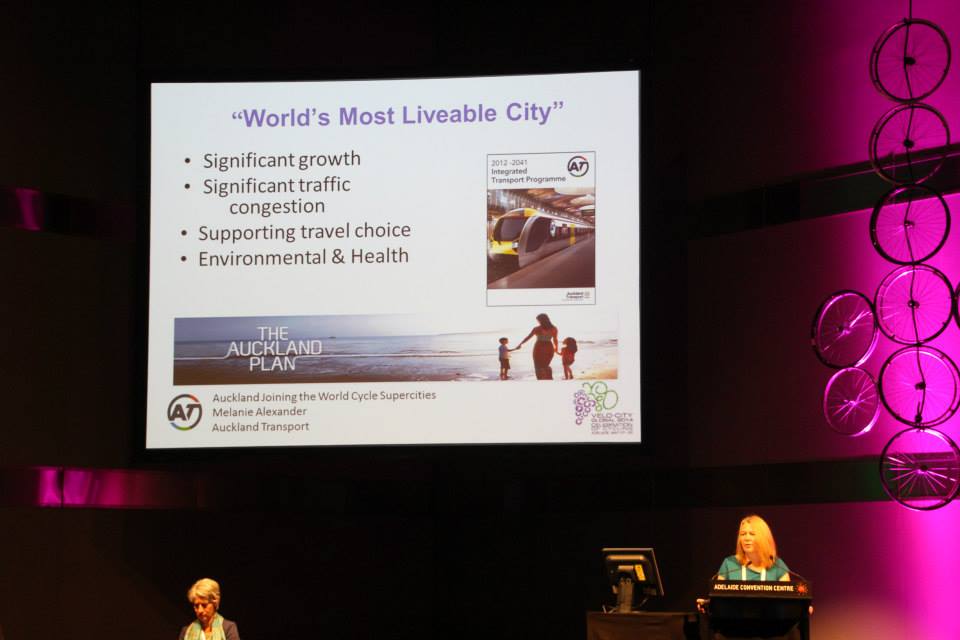 The second round of sessions saw a discussion on sharing spaces between pedestrians and cyclists, with the presentation from  Hirotaka Koike on Japan, where shared pavements have been the norm until recently, of special interest to delegates. Community engagement is always a big part of not only encouraging cycling but selling infrastructure and Cathey Oke from Melbourne discussed how the City of Melbourne has managed this. Christchurch were in this session, again, with the aftermath of the earthquakes they suffered providing yet another opportunity for the inclusion of cyclists. 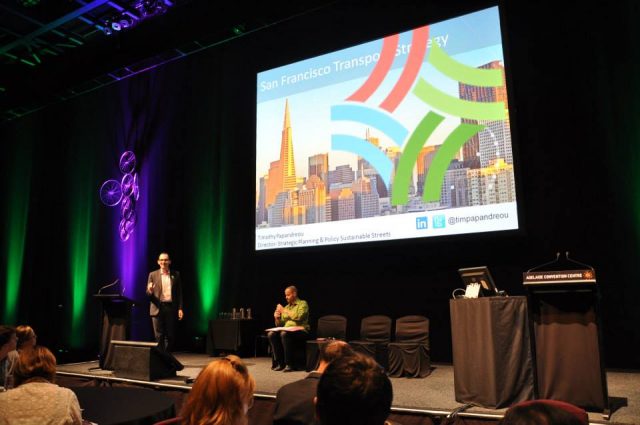 After lunch plenary sessions were held examine safety in cycling, how to cater for diverse cycling needs and the influences on sustainable mobility. Tim Papandreou’s presentation in this last session was particularly interesting for the quite different approach San Francisco have had taken compared to many other cities.

Outside of the conference rooms an unofficial helmet optional ride was held along the River Torren’s bike path with South Austraial police providing an escort, while later, many delegates jumped onto their bikes and made their way to Adelaide Bike Kitchen. Here, again an unofficial event, speakers brought some of the ides from the conference to the broader local community where lively discussion ensued. 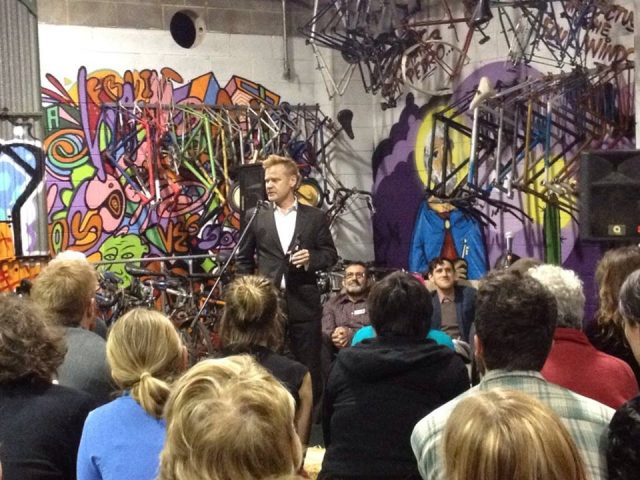