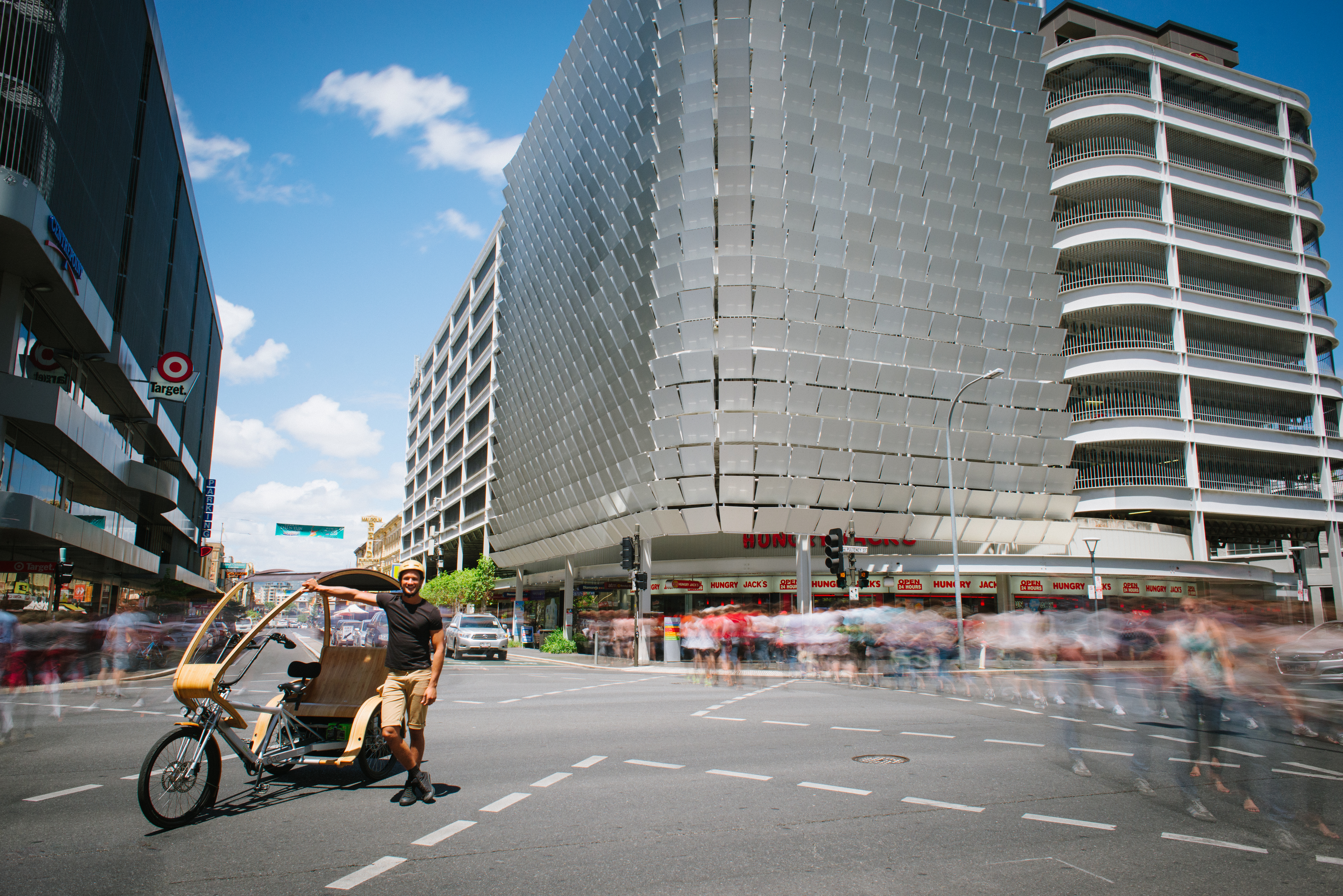 After the adrenalin rush of alleycat riding in Shanghai, returning home to Adelaide could have been the ultimate letdown. But that’s not the Dans way …

“Alright, here we go!” Daniels (Dans) Langeberg says into the iPhone camera that’s strapped to his helmet before putting it on and hitting the road. What follows is nearly four minutes of time-lapse footage of Dans ducking and weaving through mainly oncoming traffic on the streets, parks and underpasses of Hangzhou, China in his first ever alleycat race.

At 2:16 he has a collision with a white car and the time-lapse stops momentarily while he collects himself and gets back on the bike. He hits the tarmac again in another bingle at 3:10. For the second time he quickly hops back on and carries on with the race.

It’s this attitude of having a go and not wasting time dwelling on setbacks that has led to the 30-year-old’s long and twisting list of achievements – a successful urban design career in Shanghai, winner of several fixed-gear races in China, almost a travel show presenter on Chinese television and now owner of a pedicab business, EcoCaddy, in his home town of Adelaide.

Born in Sweden but raised in Adelaide, Dans learned to ride at the age of six. “No training wheels, just in the deep end off East Terrace,” he recalls. “I got a couple of scuff marks but after that was right to go. I remember wanting to get a bigger and faster bike and wanting to get further and further away from home!”

He studied urban planning and design at the University of Melbourne and then made the big leap to China when an opportunity to work in Shanghai came up after he graduated. So how did he find riding in Shanghai compared to Adelaide and Melbourne?

“Safer!” he replies without any hesitation. “They have bike lanes everywhere, the size of car lanes. The cars move at a much slower rate, even on the highways, because there’s just so bloody many of them. If you’re a person who likes to move at speed, which I like to do, then I think you’re safer on a bicycle. You can weave through the traffic and anticipate it better than in Adelaide.”

It was in Shanghai that Dans got into riding fixies. A Canadian colleague lent him one and he was hooked. “I’d never ridden a fixed gear before, let alone a single-speed, I always had a ten-speed when I was in Melbourne, or a mountain bike in Adelaide,” he says.

Later on he moved in with Jeff Liu, one of the co-founders of boutique bike-building shop Factory Five. Dans started entering the alleycat races run by the shop and won the hotly contested 2012 Shanghai Alleycat, making himself ‘fixie famous’ in the process.

Being part of the cycling culture in Shanghai also brought him into contact with expat couple Chris and Florence Trees. They had developed a modern update on the traditional rickshaw called the Treecycle, taking a semi-recumbent tricycle frame and adding an electric-assist motor and slick steam-pressed bamboo bodywork. In the Treecycle, Dans saw a way to transform public transport back in Adelaide.

“There’s 1.2 million people in the metropolitan area and almost every single person has a car,” he says. “In terms of urban planning in a small city, that’s definitely a bad thing. One of the reasons why Adelaidians depend on cars is because public transport isn’t adequate enough.”

Dans started looking into the city’s public transport strategies and saw an opportunity for the tricycles to bring a green solution to some of the problems faced by commuters. “I thought, let’s take an integrated approach and see how the Treecycle can plug into other public transportation systems, mainly linear ones like the trams and trains. Covering that last mile – getting from public transport to, say, the workplace or to entertainment or something like that.”

To achieve this goal Dans has just launched EcoCaddy, a pedicab service in Adelaide’s CBD supported by an e-hail app similar to the one used by citizen taxi start-up Uber. Since the Treecycle can also tow a trailer, Dans is planning to later expand into selling the trikes to small businesses looking for an environmentally-friendly alternative for their transport and logistics.

“The whole reason why I got into urban planning was to create good, positive change,” says Dans. He saw this in his three years of living in China watching as the burgeoning fixie culture slowly transformed cycling from a ‘poor man’s’ choice to something the young and affluent locals were starting to enjoy. Time will tell if he can transform Adelaide, but one thing’s for sure – if anything knocks him down he’ll just get back up and keep riding.