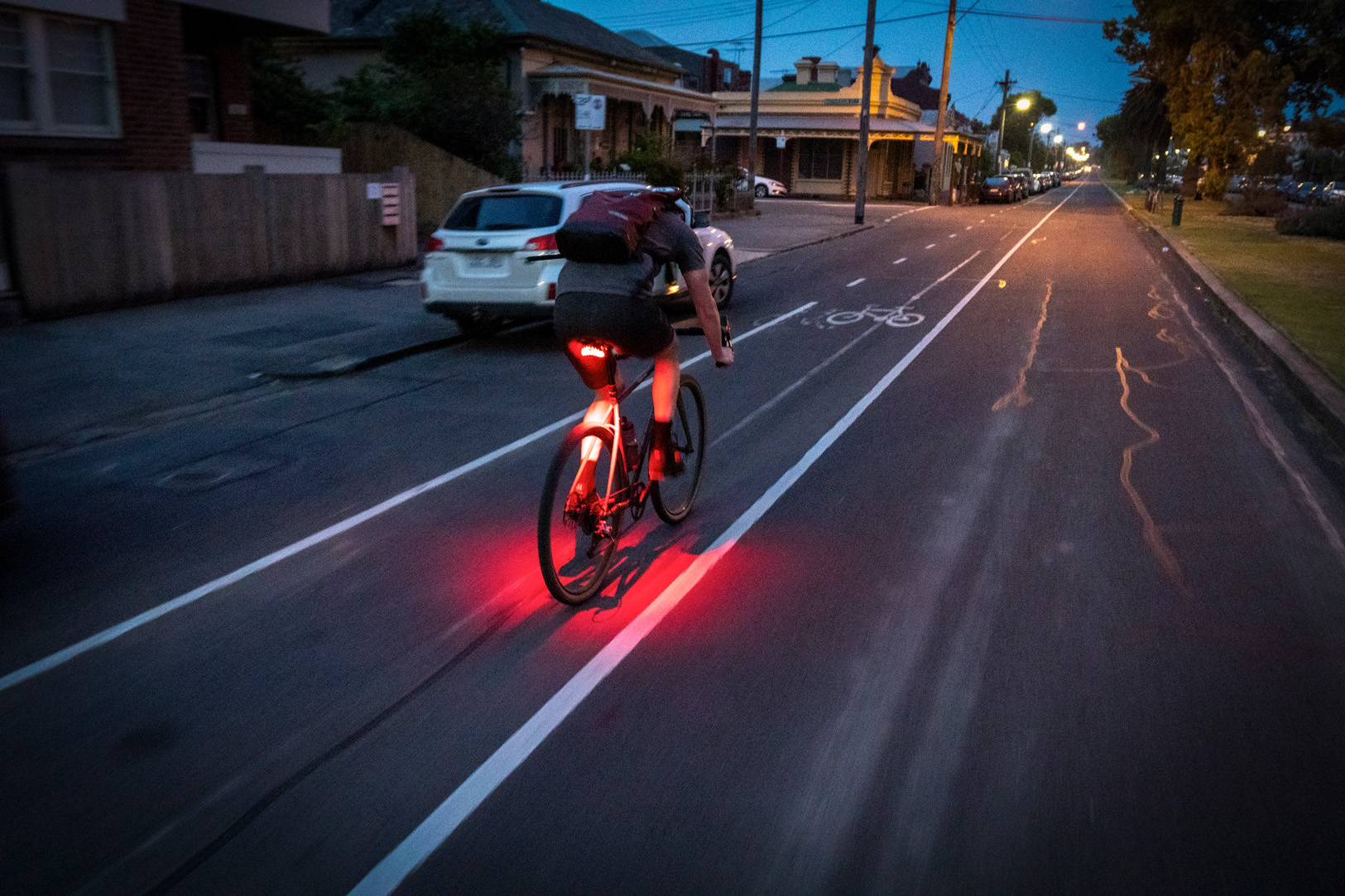 Runners up in this year’s competition were E.Cue, a smart device designed to support individuals with Autism Spectrum Disorder and Quito, a sustainable CO2-based mosquito trap designed by Kennyjie.

The Project Flock bike light consists of a range of compact, high powered LEDs that project onto the rider’s moving legs (biomotion lighting) and the ground, as well as a rear-facing element. Research has proven that highlighting ‘biomotion’ is far more effective in making cyclists noticeable to other road users, by increasing their conspicuity[4].

Tim says: “Safety is one of the biggest barriers for many people wanting to ride bikes and if we want to move towards more sustainable modes of transportation, the issue of safety needs to be meaningfully addressed. The significant increase in Australians taking up cycling during the COVID-19 pandemic[5] has been a big motivating factor in me redoubling my efforts to get the Project Flock bike light in the hands of cyclists around Australia. Project Flock became a start-up in May earlier this year, and we are hoping to launch on a crowdfunding platform soon.”

“The Flock bike light can’t solve all issues associated with cycling safety however, it is a starting point. The bigger picture is about helping to educate and change infrastructure to make roads and paths a safer and more positive place for all users, particularly those who are more vulnerable including cyclists and pedestrians.”

This year, the three Australian judges included, Professor Veena Sahajwalla, Director of [email protected] Centre at UNSW, Felicity Furey, Business Leader, Entrepreneur and Engineer, and Ryan Tilley, Co-founder of Gecko Traxx, and 2019 Australian national winner and International Runner Up. The trio reviewed over 40 entries submitted from university students and graduates (within four years) across the country, a record year for the number of Australian entries received, before selecting the Australian Winner and two Runners Up.

Conventional bicycle lighting systems focus on improving the visibility of the bicycle light itself, and with technology improvements these lights are becoming overly powerful to the point of having an adverse effect, by startling or blinding other road users. By projecting light onto the cyclist, the Project Flock bike light illuminates the human form in motion, which is more recognisable to our brains than a flashing light[6]. Not only is this easily identifiable, but we are able to distinguish the shape far sooner.

In addition, by using smart sensors inside the Project Flock Light, an ‘Adaptive Lighting Engine’ automatically adjusts lighting output to be as noticeable as possible, whether on a shared path or a busy road. The Project Flock Light effortlessly changes and reacts to its environment, so the rider is highly noticeable without startling or blinding other road users in the process. The Project Flock bike light is also designed to be easily taken on and off any bike and re-charged.

Ryan Tilley says: “As an avid cyclist, I’ve seen first-hand how serious road accidents can be, which is why Project Flock really stood out to me. It’s a simple design that proves that sometimes the simplest ideas are the best solution.”

Felicity Furey adds: “The quality of entries was extremely impressive in this year’s James Dyson Award, and we knew we had found a great design when we all said, ‘I can’t believe this has not been invented yet.’ Ultimately, we selected the winner based on innovation and simplicity, combined with the impact it could have for people and the lives it will save. This is the best purpose of engineering – when it tangibly makes a difference for everyday tasks. I’m looking forward to buying myself a Project Flock bike light to stay safe on the road.”