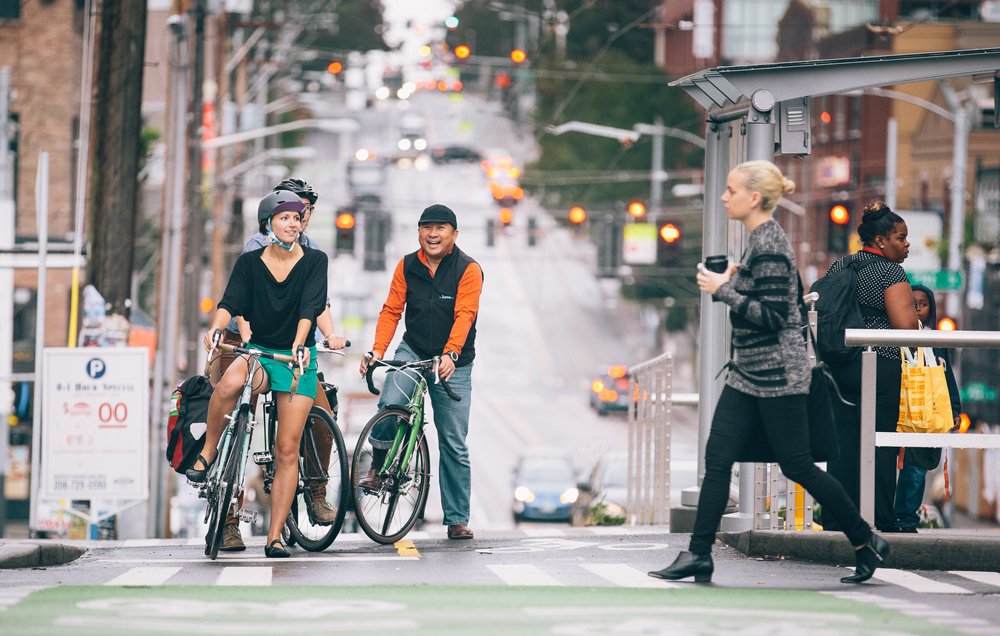 Using your bike to get to work could cut your risk of developing cancer and heart disease by almost half.‌‌

Overall the study found that commuters who cycled were associated with a 41 per cent lower risk of premature death.

This study analysed data from 264,337 participants from UK Biobank who were asked questions about their usual mode of commuting to work and then followed up for 5 years. The new cases of cancer, heart attacks and deaths in that 5-year period were assessed and related to their mode of commuting.

The researchers believe that their findings suggest that policies designed to make it easier for people to commute by bike may present major opportunities for public health improvement.

Dr Jason Gill, from the Institute of Cardiovascular and Medical Sciences, said: “Cycling all or part of the way to work was associated with substantially lower risk of adverse health outcomes. Those who cycled the full length of their commute had an over 40 per cent lower risk of heart disease, cancer and overall mortality over the 5 years of follow-up.

“If these associations are causal, these findings suggest that policies designed to make it easier for people to commute by bike, such as cycle lanes, city bike hire, subsidised cycle purchase schemes and increasing provision for cycles on public transport may present major opportunities for public health improvement.”

The greater benefits seen with cycling compared with walking may be because cycle commuters covered longer distances in their commutes than the walkers, the intensity of cycling is higher than walking and the cycle commuters had higher levels of fitness

Dr Carlos Celis-Morales, said: “Walking to work was associated with lower risk of heart disease, but unlike cycling was not associated with a significantly lower risk of cancer or overall death. This may be because walkers commuted shorter distances than cyclists – typically six miles per week, compared with 30 miles per week – and walking is generally a lower intensity of exercise than cycling.”

The paper, ‘Association between active commuting (walking and cycling) and incident cardiovascular disease, cancer and mortality: Prospective cohort study of 264,337 UK Biobank participants’ is published in the BMJ.