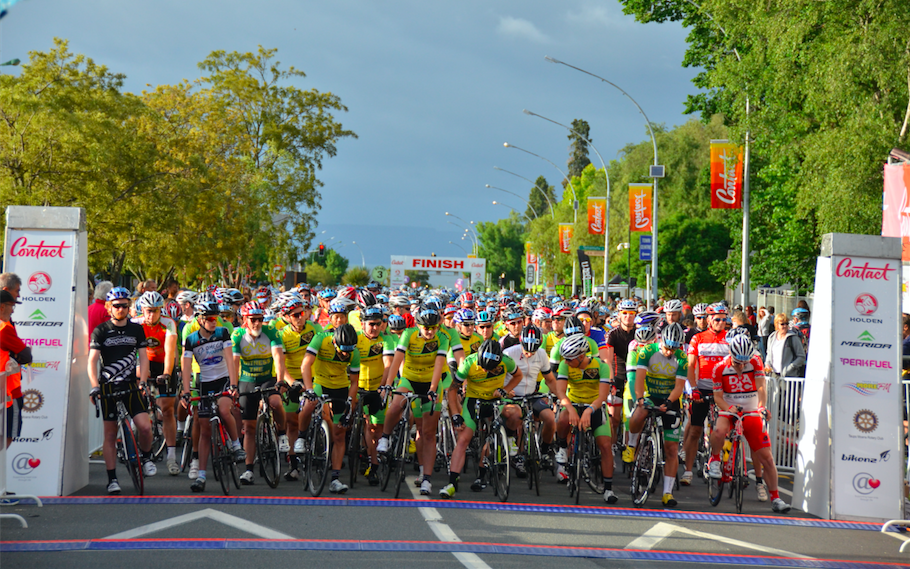 New Zealand’s largest cycling event – the Lake Taupo Cycle Challenge – is excited to announce that Australian cycling legend, Robbie McEwen, has taken up the position of the events new ambassador.

In its 40th year, the Lake Taupo Cycle Challenge has around 7,500 riders take part annually and is best known for its iconic 160km Round the Lake event – a one lap circumnavigation of scenic Lake Taupo, which is just one of 14 short and long course distance options, including both road and MTB events.

Up to 20 different countries from around the globe are represented each year, with around 500 international riders travelling annually to the Central North Island of New Zealand for the event.

The Great Lake Taupo region is known as Nature’s Ultimate Playground. With the largest lake in the southern hemisphere it’s undoubtedly one of the world’s most unique and picturesque areas.

The active volcanic and geothermal region of Great Lake Taupo is a sporting mecca and nature-lover’s paradise, whether it’s trying your hand at trout fishing, conquering the Tongariro Alpine Crossing or visiting the mighty Huka Falls, New Zealand’s most popular natural attraction.

With a desire to encourage more Australians to take part in the award winning Lake Taupo Cycle Challenge (voted Best NZ Owned Major Event in 2015), Robbie McEwen became the perfect choice to represent the event on the international stage.

Robbie’s a former professional road cyclist and winner of over 200 professional races. He last rode for Orica-GreenEDGE on the UCI World Tour in 2012 and served as technical advisor for the team until the end of 2013.

Of his upcoming visit to Lake Taupo, Robbie comments “I’m very much looking forward to being part of the spectacle that is the biggest cycling event in New Zealand and one of the larger cycling occasions across Australasia.”

“While the 160km Round the Lake will be great to tick off, I’ve also got a couple of days up my sleeve to take in some of what the region as a whole has to offer. I’m particularly looking forward to getting out on the lake to see if I can catch a trout which the region is famous for and I’m looking forward to doing some mtb’ing with my son on the stunning trails around Taupo.”

Entries for this year’s 40th anniversary of the Lake Taupo Cycle Challenge are now open and already there is keen interest from overseas riders to be part of the celebrations. To help make planning even easier, the event has linked up with Ride Holidays who are offering two different travel package options – all you have to do is get yourself to Auckland airport and they’ll look after you from there.