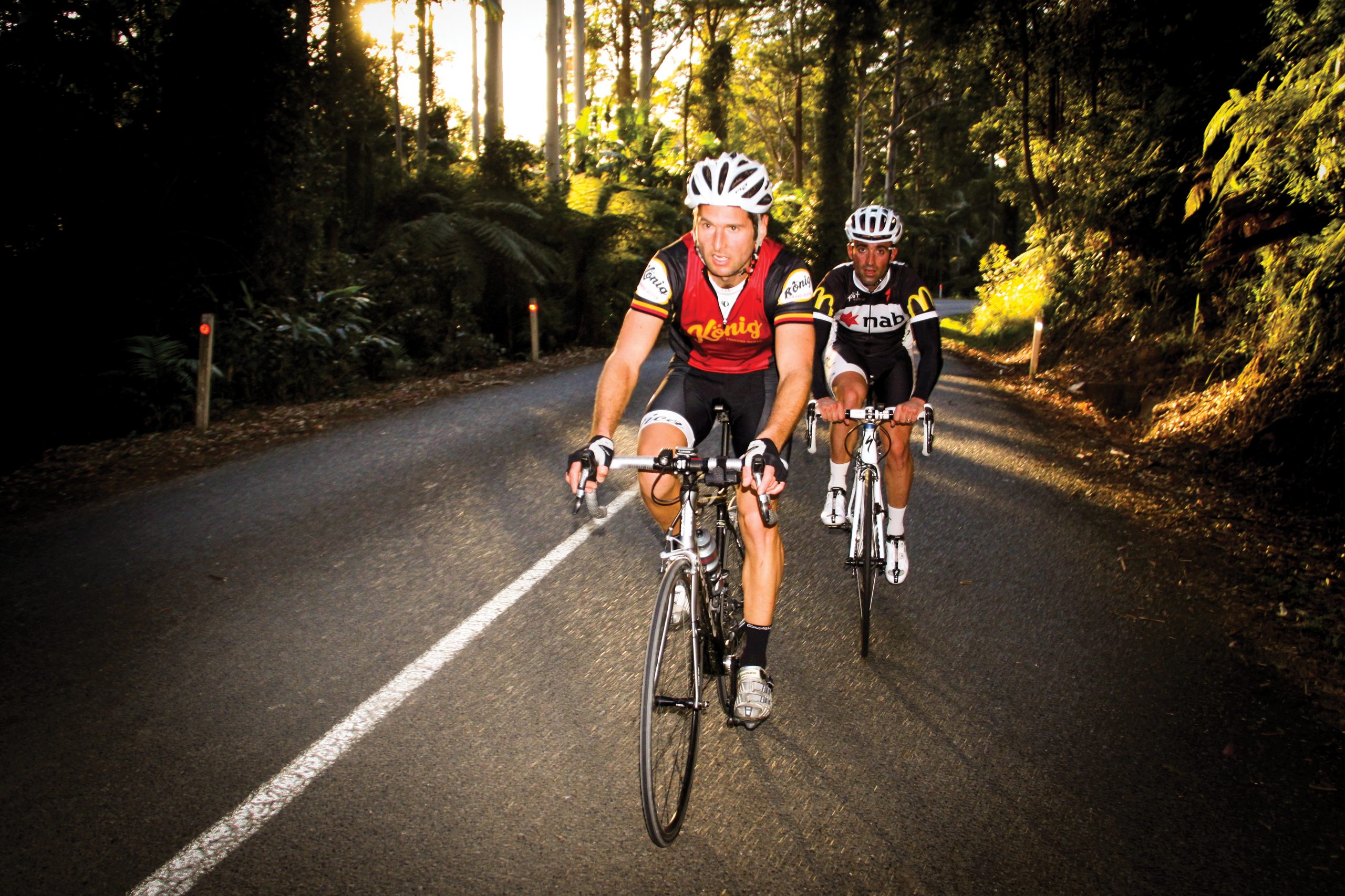 The countdown is on to the 2016 Coffs Coast Cycle Challenge, which is once again sponsored by NAB.

Less than two months remain until the August 13-14 event, with Member for Cowper Luke Hartsuyker having officially launched the challenge.

Organisers hope the challenge’s seventh year will be it’s biggest yet, with around 1000 cyclists of all ages and abilities expected to participate.

The non-competitive event is run by the Rotary Club of Coffs Harbour City and is made up of a number of rides over two days, including the arduous 13km Hill Climb on Saturday and 110km, 60km, 40km, 20km and 10km rides on Sunday.

The Sunday rides are open to competitive and recreational riders, with riders with a disability participating in the 10 and 20km ride. Electric bikes are allowed in the 40km ride, recognising the number of older riders with ebikes who are regularly seen on the Coffs Coast cycle ways.

The 10km is a special ride for families with over 160 riders joining in the fun last year. Challenge director Graham Lockett said the event was shaping up to be one of the region’s major tourism drawcards.

“The Challenge is one of those events that draws people in and each year we find more and more people stay a night, two nights, sometimes seven nights in Coffs Harbour.”

Mayor Denise Knight said Coffs Harbour City Council was pleased to support the event. “We are a big supporter of anything to do with the community, particularly when it involves health and activity,” Cr Knight said.

“People from 119 postcodes across 3 states participated last year which makes it an amazing ride.” Member for Cowper Luke Hartsuyker is himself a cycling enthusiast and regular participant in the challenge.”

“It’s not only a great cycling event, it fits in with Council’s events strategy in promoting economic growth as well as putting on great things for locals and visitors,” Mr Hartsuyker said.

The ride is designed to showcase the best of the Coffs Coast, with routes past ocean, farmland and rainforest. These geographic aspects have been depicted on the event’s official 2016 jersey, designed by local cyclist Andrew Hillier.

All participating cyclists will be entered in a lucky draw for prizes worth more than $12,000, including a bicycle donated by Bob Wallis Cycles and a cycling trip for two around Asia with Spice Roads Cycle Tours.

For more information on the event and to register, visit www.coffscoastcyclechallenge.com.