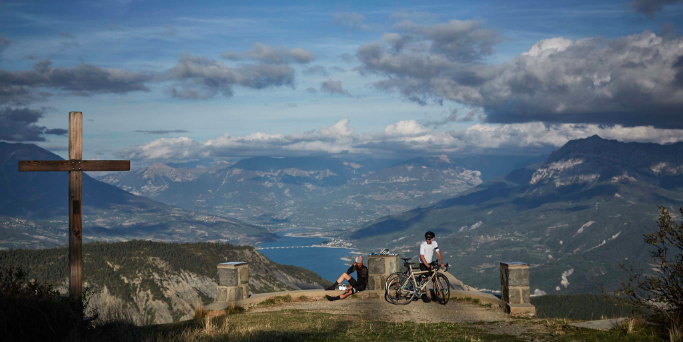 In September 2016, Walter Beckers and Kendal Noctor travelled to mainland Europe to ride up mountains. Armed with guidance from Phil Deeker, founder of Rapha Travel’s Cent Cols Challenge, they set off on a ten day journey to amass thousands of metres of elevation, testing their bodies and minds to breaking point.

In 2017, the year of his 60th birthday and the 10th anniversary of the Cent Cols Challenge, Phil Deeker will ride 1,000 cols in 100 days. This short film – its title meaning ‘guide to sightseers’ in Italian – pays tribute to Phil, cicerone of the mountains, and his unwavering commitment to pushing the limits of what is possible on a road bike.