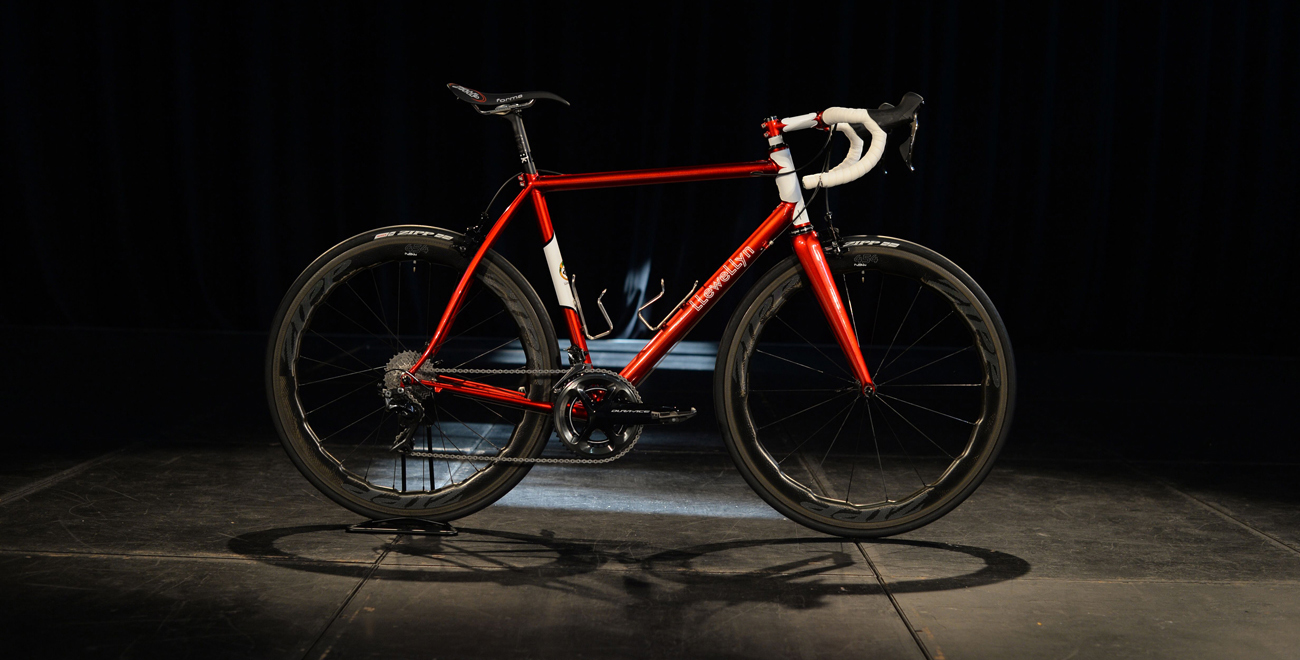 As seen at the Handmade Bicycle Show Australia

Alongside my continued lugged frame production I have recently returned to building fillet brazed frames using the very large Columbus HSS tubing for the Llewellyn “Colossus” model. It was during these builds that I kept having the recurring vision of making a lugged version of the “Colossus” frame set. I believe there is tremendous functional merit in the lug, with its purpose of transferring the stresses from one thin-walled tube to its adjoining tube. Lugs can have a beauty that is compelling in this world of mass, cookie-cutter production.

The implication of this vision of making a lugged frame with such large thin-walled tubing is that these lugs and bottom bracket shell do not exist. Well, not yet – I have plans, but that is another story.

This required me to fabricate the lugs and BB shell, starting with planning out the details of the mix of Columbus and Dedacciai tubing, then the manufacturing sketches and drawings, onto machining raw Chrome Moly tubing, fillet brass brazing the pieces to create the lugs and then hand-cutting and finishing the lugs, including shaping the shorelines. The lugs were then used as per normal lugged construction, with low-temperature 56 per cent silver content brazing to join the tubes and lugs into the structure. This project demanded a total of 310 hours of toil, however the result has met all of my expectations. Most important is the testimony from the owner: “Many enjoyable hours of riding” on his Llewellyn Lugged Colossus. That pleases me.