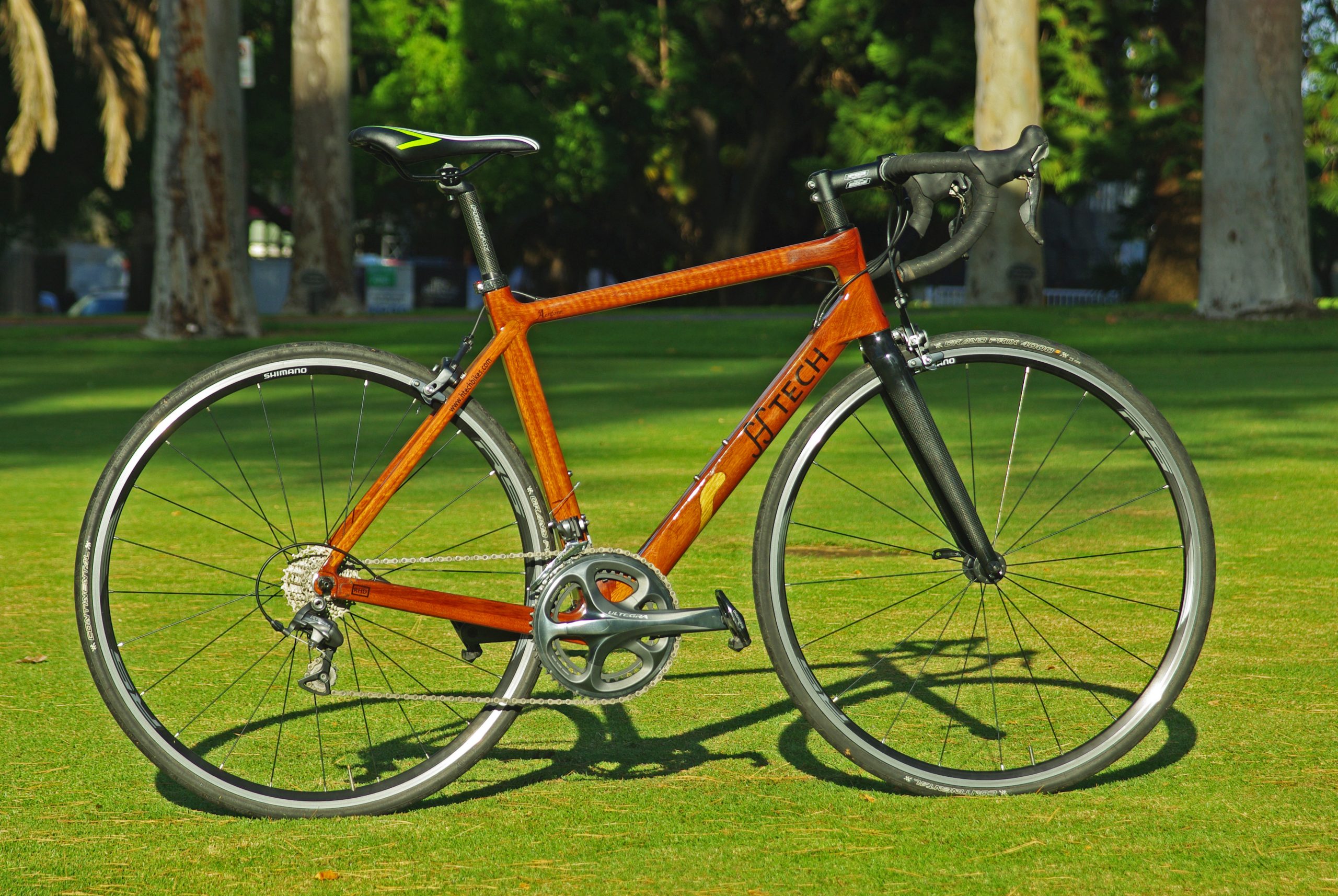 The HTech AE series Aeriform is a timber-frame endurance road bike designed to imitate the form and nature of air. Handcrafted in Western Australia from local timbers such as jarrah, marri or blackbutt – HTech frames include carbon fibre which they say is up to 150 per cent stronger than wood used to create an adaptable, durable bike.

The engineering doesn’t stop there. HTech’s ONEFRAME technology reduces weight by building the frame as a monocoque. Among other special features, they designed Reinforced Hardwood Dropouts to secure the joint between the wooden frame and the metal dropouts by integrating them into the structure of the bike. This is one sturdy wood bike.

As part of the Premium Range, the Aeriform can also be custom-made to create a ride as unique as its rider.

You can check out HTech bikes at the upcoming Handmade Bicycle Show in Melbourne from 27-29 April, where they’ll also release their new Juncture range and the AF series Aeriform.