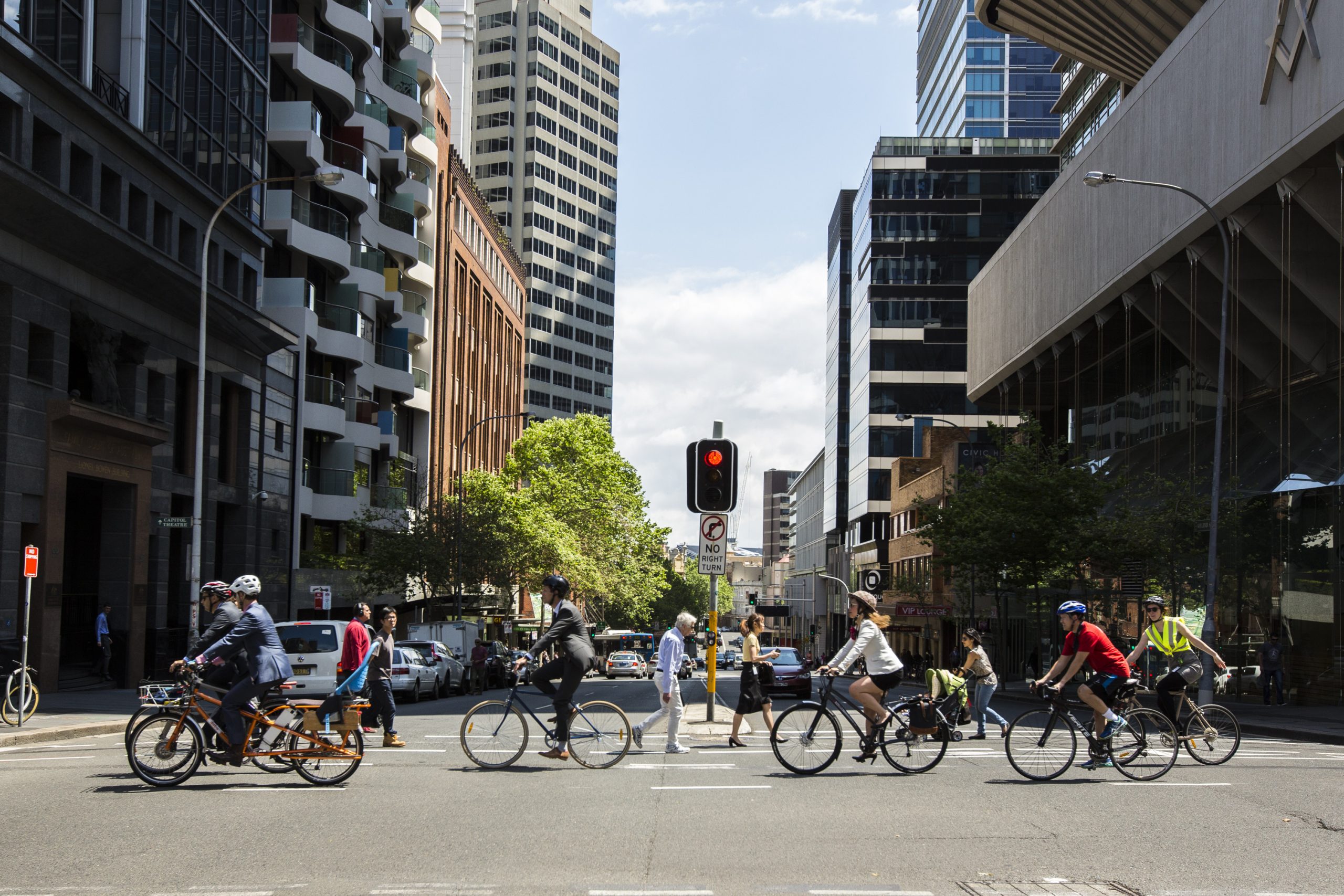 94 per cent of feedback on the city’s new cycling strategy and action plan was positive and featured strong calls to connect key bike routes as soon as possible.

The majority of respondents backed separated cycleways over shared paths, and many people had ongoing concerns about driver attitudes to people riding bikes.

“Business leaders know traffic congestion is crippling our city and costing $8 billion in lost revenue and productivity, but many people still don’t feel safe riding a bike to work.

“Around one million people live within a 30-minute bike ride to the inner city, but we simply can’t expect more people to give riding a go if they don’t feel safe and supported to do so.”

“We’ve taken inspiration from other global cities like New York and London where cycleways have been built quickly and strategically – creating safe bike routes that have seen rider numbers increase dramatically.”

The new 12-year cycling strategy was unanimously endorsed by council on Monday night. Connecting the bike network is a key priority, with a refined bike network map highlighting the key links to get more people riding.

During consultation, people said they wanted the King Street cycleway in the city centre finished as a priority, connecting either end of the Liverpool Street cycleway. They also wanted cycleways to be prioritised over shared paths where possible.

The strategy aims to complete Sydney’s regional bike network and most of the local bike network by 2030, but will require ongoing support from the community, and more financial support and quicker approvals from the NSW Government.

The city is accelerating its development of these priority bike routes:

The strategy also prioritises supporting people to ride especially around new bike links, and helping to grow the number of people riding, particularly women and children.

The city will also work with businesses to support a healthier workforce and encourage them to add to the 52 major end-of-trip facilities, worth $57 million dollars, already in the inner city.

“Of course not everyone can ride, or wants to. But we must work towards a safe environment for people who want to make the switch. The positive impact on traffic and the health of our community will be worth the hard work.”

“As our population grows, there’s also increasing competition for road space. Building the bike network won’t be easy but the longer we take, the more difficult it will become as Sydney’s traffic will continue to worsen.”

The city received more than 2000 submissions during consultation on the strategy. The feedback found:

“We recognise the strong leadership of the city and its program of cycling infrastructure already in place, which is one of the most ambitious in Australia. We also commend the City of Sydney on its success in doubling the rate of cycling in Sydney’s inner-city in just 10 years.”