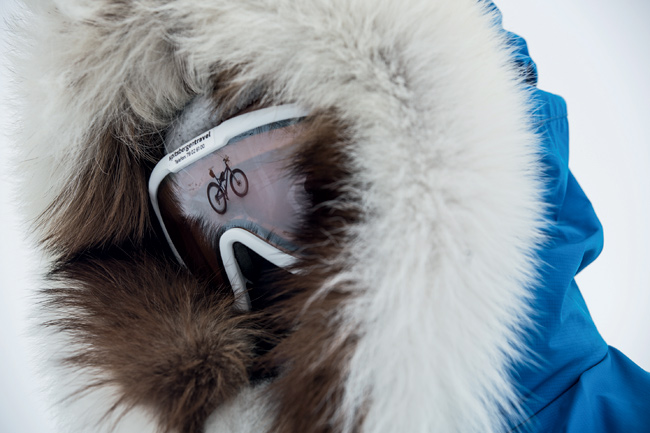 Renowned adventure cyclist and author, Kate Leeming, has already cycled the width of Africa, pedalled 25,000km around Australia and was the first woman to cycle unsupported across ‘new’ Russia. Now, she plans to cycle across Antarctica via the South Pole and adventure travel company, World Expeditions, invites you to hear more about this ambitious endeavour at Kate’s National speaking tour.

Join Kate for an inspiring evening in all major capital cities in June to hear about her adventures dodging rebels and Somali pirates and close encounters with wild animals, all while pushing two wheels over massive sand dunes.  Kate’s presentation will include footage from her award winning book and documentary, Njinga, as well as an account of her training regime for her South Pole adventure.

After her epic Antarctic experience, Kate will escort a challenging cycling expedition for World Expeditions across the backbone of the West Himalaya – the Zanskar, Himalaya and Pir Panjal Ranges, over the high passes that link Ladakh to the Kullu Valley in northern India.

The 15 day Cycle Leh to Manali with Kate Leeming, which departs on 25 June 2016, will attract highly motivated cyclists keen to get their first experience in the Himalaya. Places are limited to just 16 participants.

If you’d like to catch Kate speaking about her bicycle adventures, national speaking tour venues and dates are:

The tour is presented by World Expeditions and you can book tickets here.  Tickets cost $20 with proceeds going to Kate’s Breaking the Cycle South Pole expedition, which will raise money for the Global Fund, financing medical and educational support programs targeting HIV-related diseases.