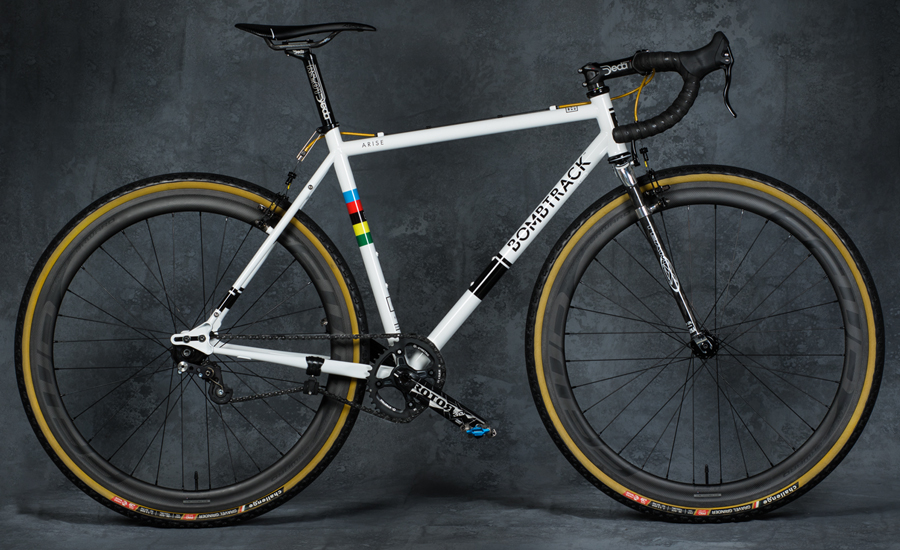 For the last three years the Singlespeed Cyclocross European Championships (SSCXEC) have been supported byBombtrack Bicycle Co. After the Netherlands (2014) and France (2015) this year’s race heads to Germany, the home country of Bombtrack. Taking place as part of the Berlin Bicycle Week and with more registered starters than ever before, Bombtrack couldn’t resist celebrating the event with a custom showbike.

As soon as the collaboration project bike was announced it did not take long until various companies asked to be part of it to help highlight the format of Singlespeed CX and what could be the next level in its perception.

The custom-bike will be exhibited in the entrance of this year’s “Berliner Fahrradschau” which is also part of the Berlin Bicycle Week and will be hosting this year’s European Championships. This special build-up represents not only the race, but also the sport itself and how diverse and ‘serious’ a SSCX bike can be, with this bike worth over € 4.000,00.

After the Singlespeed European Championships are held on the 18th March  there will be the possibility to win this collaboration bike. Just follow Bombtrack Bicycle Co. (@bombtrackbicycleco), the Berlin Fahrradschau (@fahrradschau) and the Berlin Bicycle Week (@bicycleweek) on Instagram for further instructions in the very near future.

You can find out more about the SSCX Championships here //berlinbicycleweek.com/en/events/event/sscxec/