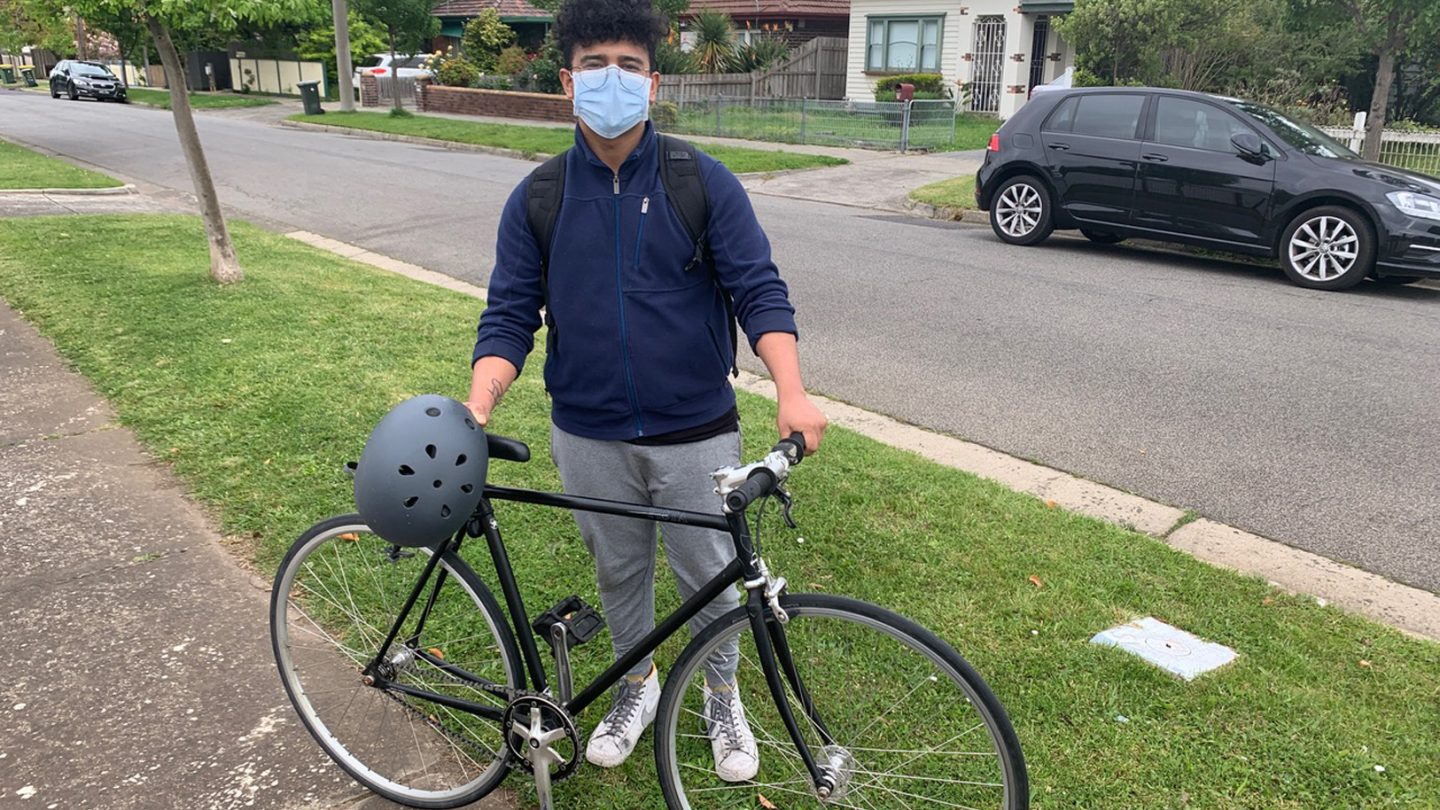 When the COVID-19 pandemic hit Melbourne and hospitality venues shut down, workers who were temporary visa holders were left without income and, crucially, support from the government. Food writer Dani Valent sprung to action, joining forces with Attica chef, Ben Shewry to supply soup, groceries and fresh produce weekly to affected people.

At the same time, Dani started a mailing list for temporary visa holders to send out information about accessing assistance, news and anything else that was relevant.

“The aim of it wasn’t just to give them concrete assistance. It was to make them feel that they weren’t forgotten, that somebody was standing beside them and valuing their contribution to our community,” Dani explains.

Funds donated to the Attica soup project were used to acquire Myki cards for the visa holders – but then Dani had another idea. “I just thought bikes would be a great thing to be able to offer them as well.”

Dani became a conduit, connecting people with donated bikes. With the assistance of Port Melbourne social enterprise Back2Bikes and a bike mechanic she met via Twitter, Dani has found new owners for 20 bikes so far.

Reflecting on the impact of the bike project, Dani notes: “For some people, it’s been about enjoyment and freedom. For other people, a bike has enabled them to get to a job so it’s actually meant that they could find work when without a bike, they couldn’t.”

The grassroots initiative has already brought much joy to all involved. When Melissa met and donated a bike to Relyn, she described Relyn’s excitement as “like a kid on Christmas morning.”

Manish’s new bike came with a touching story, too. Its donor approached Dani and explained that when he’d fallen on hard times, this bike was a source of happiness. Since then, he’d gotten back on his feet and wanted to give back by passing on his steed.

“One of the things I’ve realised through this is that people are very generous and just love to give,” Dani reflects.

Restrictions may be easing in Melbourne, but Dani will continue her efforts to support temporary visa holders. “It’s just me with a Word document trying to match people up,” she explains of the process.

“I think bikes make people happy and it’s great to have a bike.”

Anyone interested in donating to the bikes for visa holder program can email [email protected] with the subject heading: bikes.