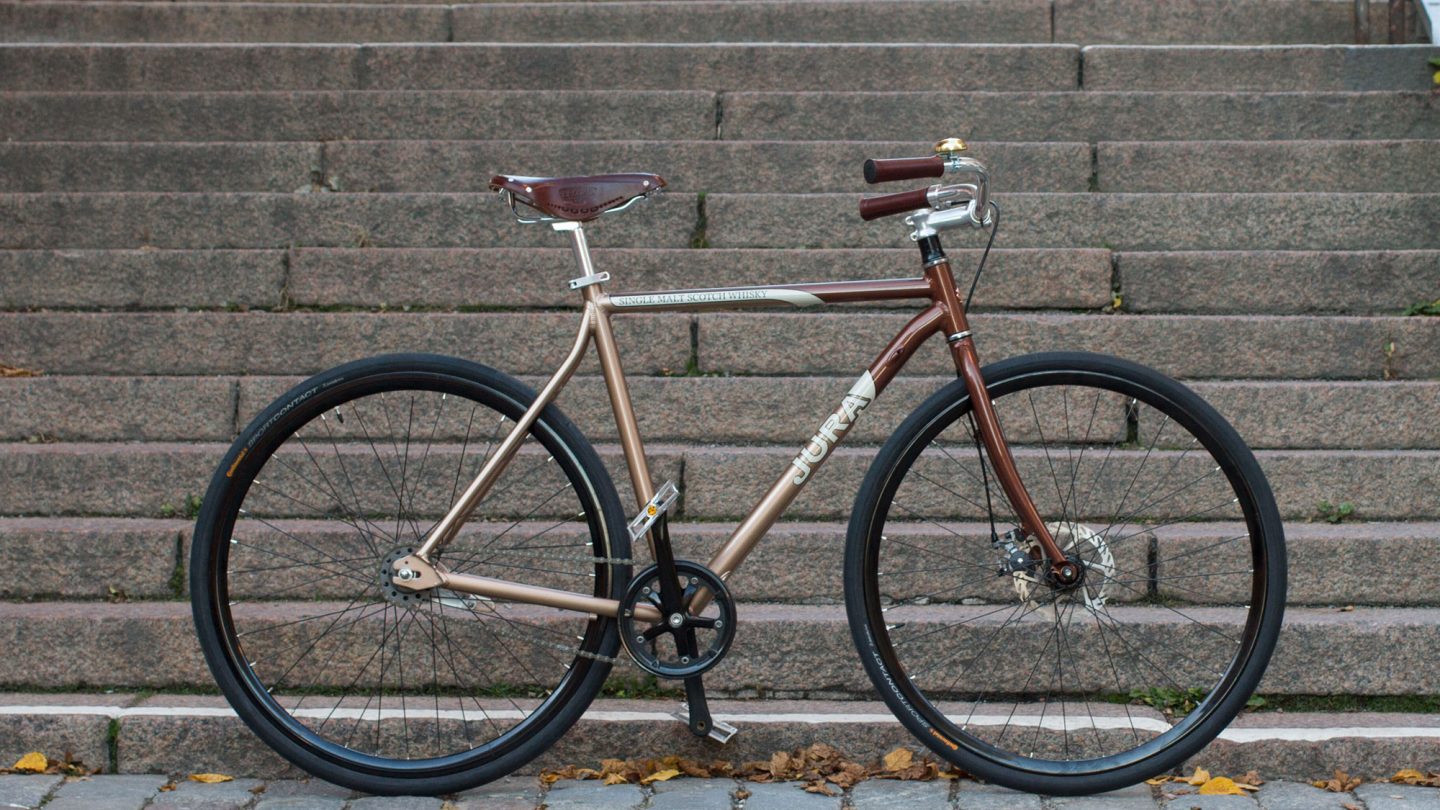 Swedish bike shop and cafe Bonne Mecanique has created a bike based on the flavours of whisky, in a craft collaboration with Scottish distillery Jura Whisky.

In September this year Stockholm-based Bonne Mecanique put whisky on their menu. Those who had a dram were invited to share their tasting notes, which were interpreted by the the shop’s mechanics into a one of a kind bicycle.

“It was an interesting experiment to see how we could transform flavors into a bike. What color is something ‘peaty’? What shape is ‘smoky’? How thick is ‘notes of apple’? It was a very creative challenge”, says Anna Erlandson, one of the founders and bike builder at Bonne Mecanique.

The result is a slick unisex bike containing only the most important features. “We all felt the presence of honey and sweetness in the whisky and it is something that has characterized the bike as a whole. The Island of Jura has also been a part of our inspiration and is present in the design, says Anna.

For over a year Jura Whisky have been exploring how the taste of their whiskies can be transformed into arts and crafts. The bike experiment is a result a new way of looking at whisky and who it’s for.

“To us, taste is something up to each and every person. Many of our consumers are young urban people who value craft and creativity, and we think it’s interesting to explore how our flavors can be expressed in all kinds of craft”, says Martina Talmet, Brand Manager at Arcus, who distributes Jura in Sweden.