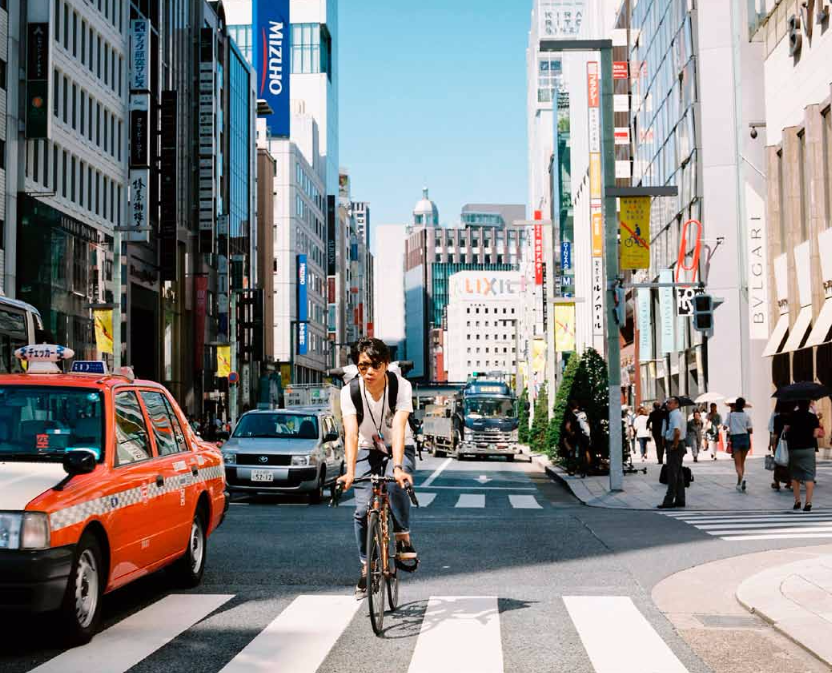 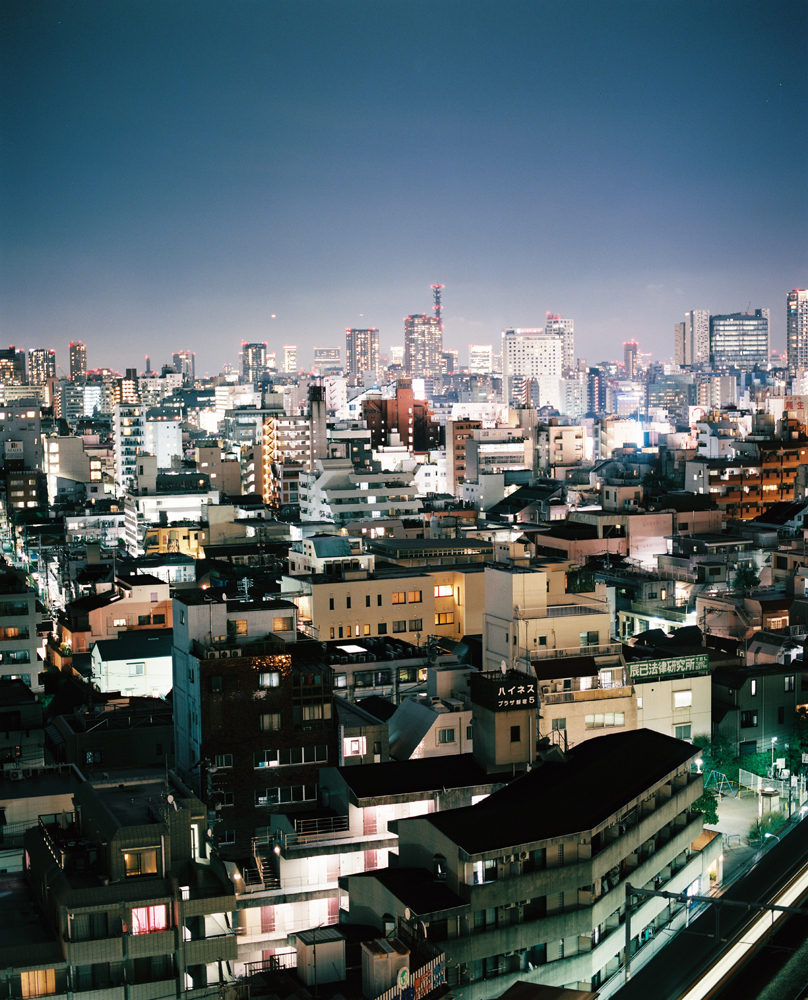 If you ever thought Tokyo would be a difficult place to cycle in you’d be right, and wrong. Bike ownership is very high, riding infrastructure is very low. We check out the paradox.

“I was really fascinated by how the Japanese react to each other when cycling on the sidewalk,” observes Margit Schuster. “They seem totally aware of the existence of others and were continuously adapting their movements to that of those around them instead of fighting for ‘their’ right to occupy the space.”

Schuster, of the Rotterdam Academy of Architecture and Urban Design, had just completed a one-day cycling infrastructure tour of Tokyo and summed up perfectly one of the reasons that Tokyo enjoys such a high level of everyday bicycle use; the willingness of the Japanese people to politely share the limited space available.

With a population of 13 million Tokyo is the largest and most crowded mega-city in the world: a bustling urban metropolis of concrete, steel, expressways and flyovers, capital of the nation that has produced some of the world’s leading automakers.

It would be easy to be drawn into believing that cycling has no place in what appears from the outside to be a positively hostile cycling environment but this couldn’t be further from the truth. Cycling in Tokyo isn’t booming it’s an essential part of everyday life for millions of the city’s inhabitants.

Statistically speaking, cycling in this city as a whole enjoys a 14 per cent modal share, while in the central 23 wards that number is closer to 16.5 per cent, meaning that of all trips taken within the city 16.5 per cent are made by bicycle. Compared to 32 per cent in Amsterdam this may not appear so impressive, but given Tokyo’s population is 13 times larger, the number of cyclists in this city is positively staggering.

When you refer to ‘cyclists’ in Tokyo, you’re referring to everyone because almost everyone rides a bicycle although they may not identify themselves as cyclists. Over 85 per cent of households in Tokyo own one or more bicycles and they are typically used by mothers for shopping and ferrying children to kindergarten, students travelling to school and businessmen cycling from home to the local train station for the morning commute.

In the afternoon children cycle neighbourhood streets unaccompanied, to soccer practice, piano lessons and cram schools. Everyday bicycle use in Tokyo is so widespread that it largely goes unnoticed even by the very people cycling.

You could be forgiven for believing that the Tokyo Metropolitan Government has performed an exceptional feat promoting cycling and providing world-class infrastructure to lure so many of its citizens to the bicycle but that is most certainly not the case.

In 2014 when New York was boasting 15,000 km of bicycle paths, London 900 km and Paris 600 km, Tokyo shamefully had just 9 km. Despite Tokyo Governor Yoichi Masuzoe’s promise of over 400 km of cycle lanes for the 2020 Olympics very little has changed and the city has outlined no vision for cycling in the future.

Advancement of a city-wide cycling policy is partly hindered by a lack of leadership and commitment within the government, but an equally challenging barrier lies in how Tokyo’s roads are maintained.

The Tokyo Metropolitan Government regulates just 2000 km of roads in the capital with the remaining 20,000 km being regulated by municipal governments such as wards, cities and towns, making it very difficult to roll out infrastructure plans across the whole city. Each ward gives different priority to cycling and has different standards and budgets for cycling infrastructure.

Cycling in Tokyo is a paradox. Despite the lack of supportive leadership and quality cycling infrastructure cyclists abound. How can this be? There are many factors that come into play that, when combined, make cycling the best transport option for millions of Tokyo’s residents. Car ownership, for example, can be both inconvenient and expensive. Before purchasing a vehicle buyers must first provide proof of off-street parking.

Most city dwellers do not have private garages and hiring a parking space, even one many minutes walk from home, can be an expensive exercise. For people working in the city, commuting to work by car is not an option as inner city parking spaces can cost more per month than renting a small apartment in the suburbs. Add fuel, insurance and car maintenance costs to all that and riding a bicycle makes a lot more sense.

A city where car ownership is expensive and inconvenient while the public transport system is one of the world’s most efficient evolves differently to one dependent on motor vehicles. Tokyo’s neighbourhoods have grown to be places well suited for walking and cycling, with each resembling a small, self-sufficient village within the greater metropolis. As the majority of Tokyo’s residents are reliant on rail transport, anyone entering or leaving the village must pass through the station, making it the hub of the community.

Over 20 per cent of Tokyo’s twenty-million-daily rail passengers cycle from their homes to the local station. Providing bicycle parking close to the station to keep up with cyclist numbers is a major challenge for local councils. Due to a lack of car parking facilities at suburban train stations the remaining 80 per cent of passengers walk to the station.

When pedestrians and cyclists meet on the streets they greet friends and strangers alike, engaging in conversations while walking or riding together. These accidental meetings add to the small-town feel of the suburb, unlike motorists who pass through the environment without ever becoming a part of it.

With such high numbers of cyclist and pedestrian traffic converging on the station daily, merchants are keen to establish businesses in a ring around the station and on roads leading radially away from it. Within this commercial ring exist all the necessities for daily life, including bakeries, vegetable stores, butchers, fishmongers, doctors, dentists, banks, restaurants, dry cleaners, hair salons and supermarkets.

Commerce and cycling share a symbiotic relationship in the suburbs of Tokyo. Due to the fact that small local businesses abound, such that everything one could possibly desire is a short ride away, and that sidewalk bicycle parking is tolerated, cycling thrives.

Conversely, because so many people are willing to cycle from business to business on their shopping trips (“trip chaining”) small businesses flourish. This is a fact cities around the world are now just beginning to realise with recent studies showing a direct relationship between higher cyclist numbers and healthy local economies.

With longer distance trips covered by convenient cheap public transport, and without the need to travel excessive distances locally for daily basics, a bicycle is the perfect transport option.

Controlling such a large number of cyclists must be a trying job, but police in Japan have in the past allowed most cycling-specific laws to go unenforced until such time as an accident occurs. Japanese cyclists have long ridden to an unspoken code; as long as one is cycling safely and with respect for others, minor offences such as cycling while holding an umbrella or on the sidewalk, will generally be overlooked by the constabulary. 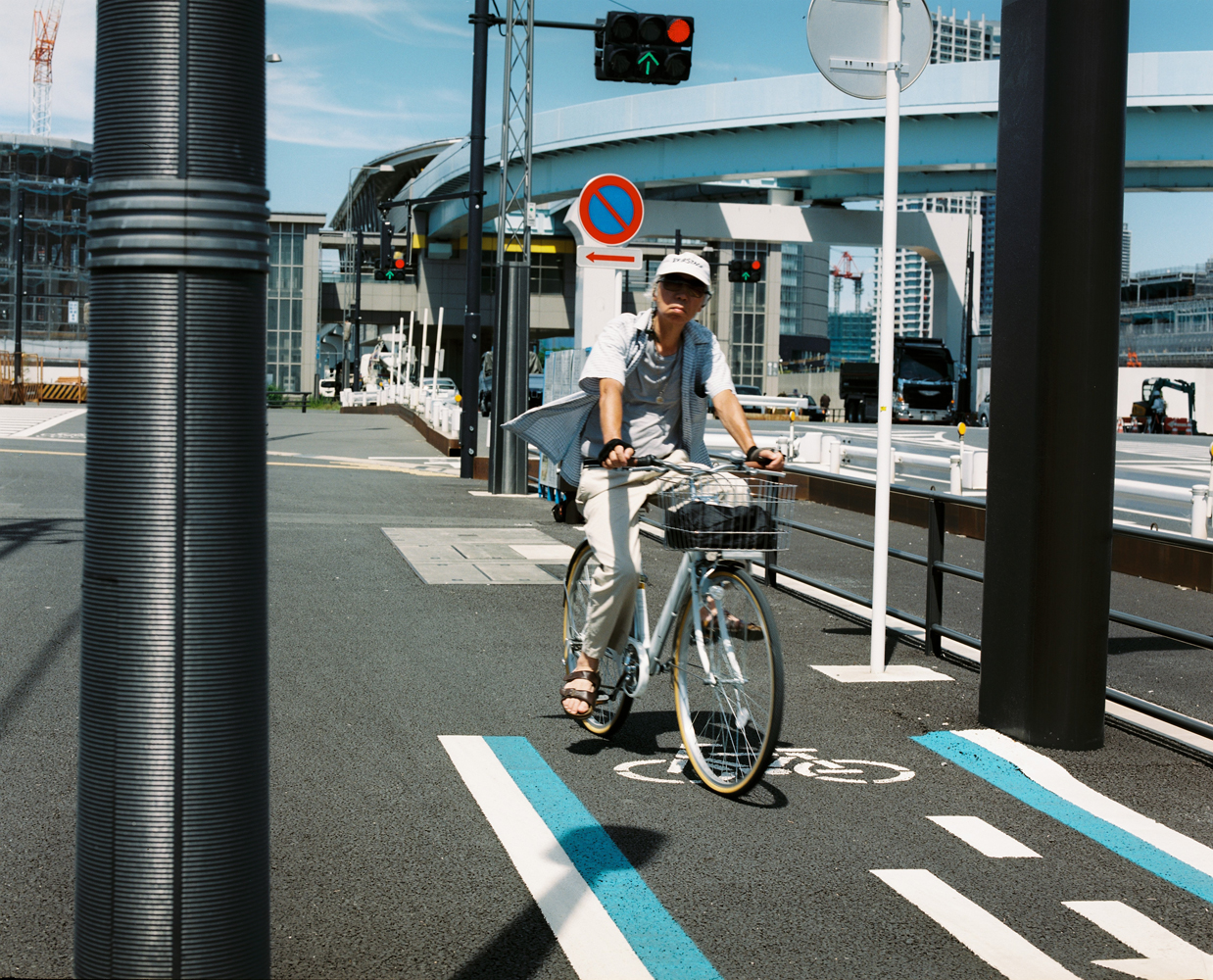 Sadly this era of cycling freedom is coming rapidly to an end all around Japan. While accident statistics show a decrease in motor vehicle accidents, cycling accidents are on the increase including a number of high profile cases, such as one in which a cyclist was ordered to pay almost $1 million in compensation after striking and killing a pedestrian. These incidents, while still few, receive a lot of attention in the media and are fuelling a ‘get tough’ approach from the Metropolitan Police Department.

From July 1, 2015 the Department has begun to come down hard after the introduction of a new law. This could see cyclists sent to undertake a thee-hour training seminar, at their own expense, if they are ticketed twice within a three year period.

Unlike previous crackdowns, which fade out after a few days of over-enthusiastic police activity this round has maintained a high media profile and appears as if it will have a long-term impact on cycling in the city. One can only feel that the sudden rigid enforcement of poorly understood and often nonsensical laws will only result in a decrease in cyclist numbers.

Despite the lack of political support and infrastructure, and increased police activity Tokyoites cycle daily in huge numbers because, as noted by Margit Schuster, it is the Japanese people themselves that make cycling work in the city. Patient and polite, they’re extremely tolerant of the people around them and willing to share space on the roads and sidewalks. You can’t live in a city with 13 million others without exercising some degree of patience. 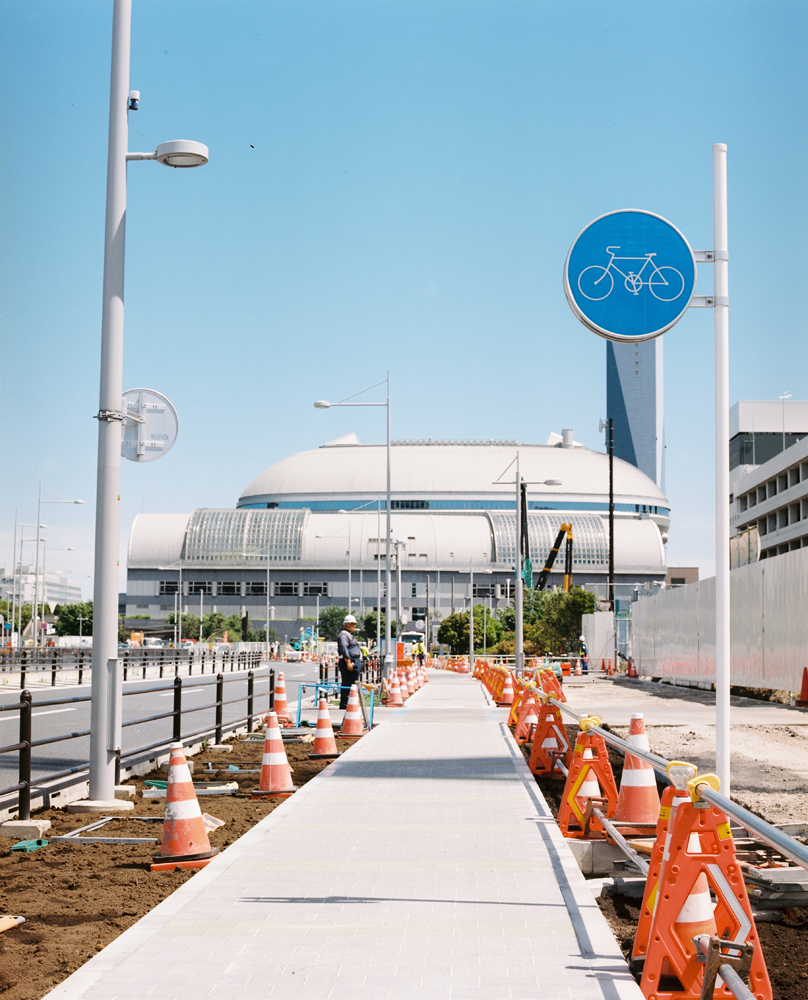 From a distance, cycling in Tokyo is a polite form of anarchy with everyone sharing the same space and few observing the written laws, instead preferring to follow an unwritten code of conduct, which everyone seems to intuitively understand. It’s mayhem, but a mayhem that works. With or without the support of their elected officials, cycling is such an important cog in Tokyo’s transport machine that it simply must work and the people make it so. For that they should be admired.

Tokyo proves to the world that no city is too big, too modern or too crowded for cycling. If it can achieve a 14 per cent modal share in Tokyo it can thrive anywhere.