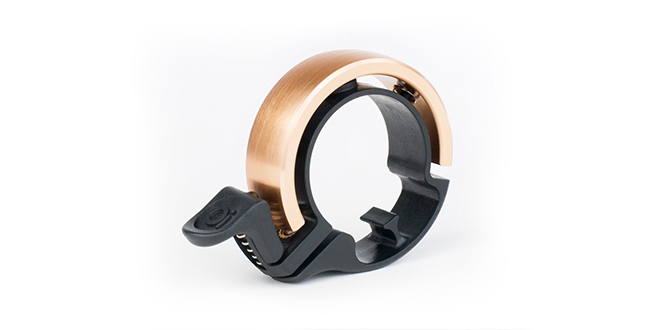 Knog co-founder Hugo Davidson still can’t quite believe more than 20 000 people in 92 countries pledged an average of $50 each to buy 30 000 of Knog’s revolutionary new Oi bells via a Kickstarter campaign that all involved knew was a long way from the usual creative startup approach. Most bought multiple bells – some up to 10 for family and friends. One even had an Oi engraved with the words, “Will you marry me?”  However, the company had spent years creating a bell that represented a real departure from the norm, and it saw the potential of a well organised, social media-driven marketing campaign to match. “What we were hoping to achieve was an awareness about the product that would propagate into the markets that we sold our products into,” Davidson says.

Ideally, distributors in Knog’s network of 45 to 50 countries would see interest and get behind the new product. “The campaign really was a marketing tool,” he says. “From a crowdfunding perspective … we thought we’d probably end up somewhere [around] the $200 000 mark. When it hit $1.2m – none of us had any expectation of that sort of uptake.” Already Knog has a second Kickstarter campaign planned for this year to launch a new bike light battery, and two new Oi models for release in 2017: a vintage, steampunk style brass Oi for city bikes, and a carbon and titanium version for high-end road bikes.

Oi eschews the usual dome shape for a sleek, hollow handlebar ‘bracelet’ with a spring loaded striker. In place of the classic – many would say annoying and uptight-sounding – single note of most bike bells, Oi produces a harmonic chord when struck. It’s made from alloy coated in a brushed aluminium, brass or copper plate. There’s an upmarket titanium version too.

Davidson says his Richmond-based team of 25 first began thinking about redefining the humble analogue bike bell three years ago, at the behest of several European distributors keen to see several categories refreshed. “We looked at different concepts and … how we might actually approach the design, but we never managed to come up with anything that was worthy of putting into production. The sort of approach we take with most of the products is if we can’t do anything that’s different from what’s out there then we won’t bother doing it.”

Last December Knog revisited the project, going “right back to tin tacks” according to Davidson. “What would make a bell different? What would make this product stand out? We realised that everything we’d been doing … in a design sense was to try and make products as insignificant as possible, make them blend in with the bike.” First came the concept of a “fantastic” looking metal band that wraps around the handlebar. Then came the search for an equally appealing tone. “It took about two to three months from the time that we had the first visual concepts and sketches of the product to the point where it would actually make a tone and ring,” Davidson says. “At that point we thought, ‘This is great.’ It was proving to excite everyone that we showed it to.” 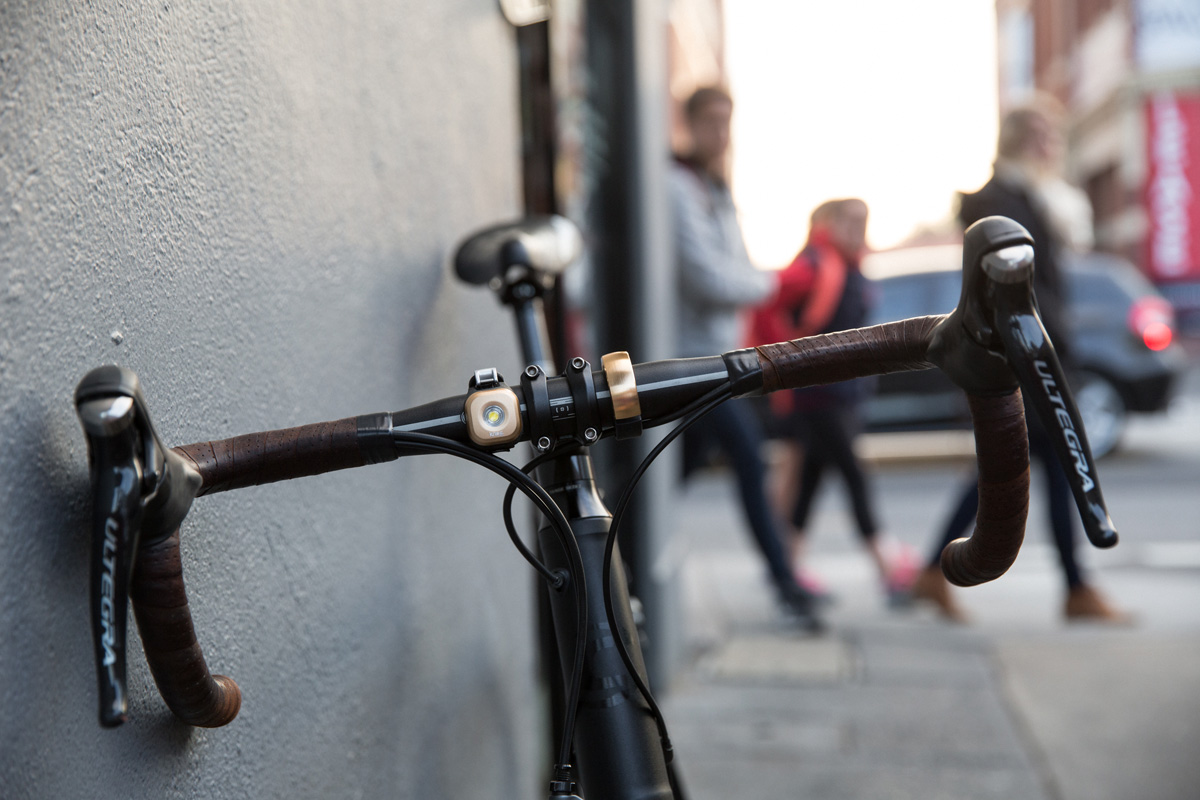 Sonic trial-and-error experimentation and product prototyping was exhaustive and illuminating. “We found that by hitting lots of different bits of metal and then providing different ways of suspending and mounting the bell we could actually increase the length of the tone significantly,” Davidson says. “It was also directional. If you mount it in certain ways the sound would go out sideways from the bike or out in front of the rider.” Metal thickness and finish produced varied results too.

The proof of this particular pudding was, of course, the positive response of riders and passersby to Oi’s distinctly different, resonant, tuning fork-style sound. “We did a lot of testing on different bells, and tried to gauge that sort of reaction from people,” Davidson says.  “A lot of the other bells that we benchmarked were high pitched and tended to be a bit more annoying. This tended to be a bit more harmonic and pleasant to listen to.” New electronic bells often confused or scared people, counterproductively rooting them to the spot. “People would be so upset if you honked them,” he recalls with a laugh. “It wasn’t something that we assumed would come up in the research that we did but … the perception of sound [in] the people you’re alerting was something that we did have to address.”

This article originally appeared in issue 19 of Treadlie Magazine.