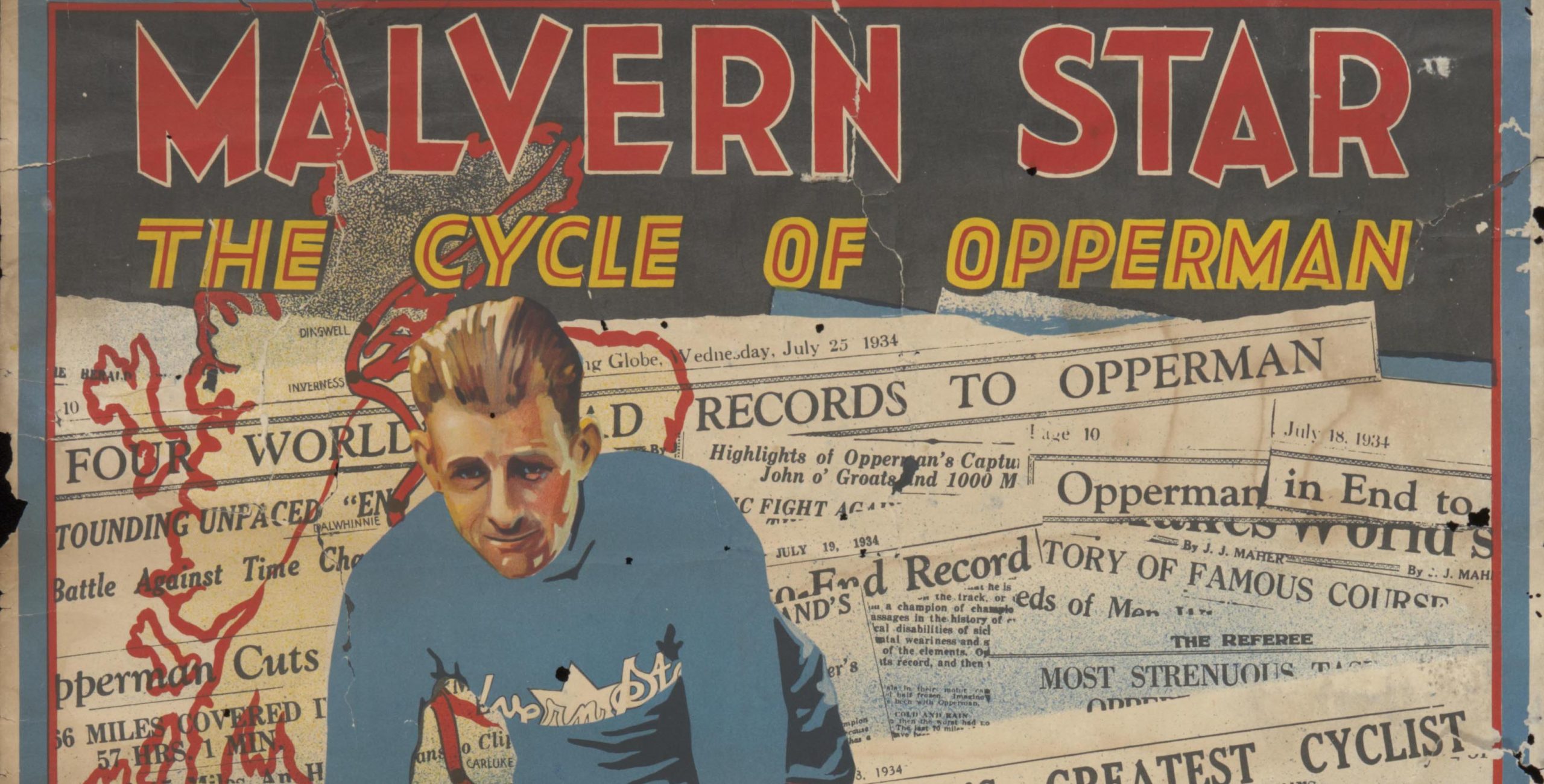 In the 1920s and 30s in Australia bicycle racing was a hugely popular sport. Hubert Opperman, or ‘Oppy’ as he was more affectionately known, became a household name after winning the 200 kilometre Launceston to Hobart race in 1922. At the time Malvern Star was fast becoming the biggest brand in the country and they quickly put Oppy on their payroll, effectively sponsoring him as he went on to win multiple local and international events, including the Paris-Brest-Paris, a gruelling race of 1200 kilometres.

The handlebars shown in this advertisement from 1935, with their particular bend, became known as ‘Oppy bars’. He was the perfect poster boy.