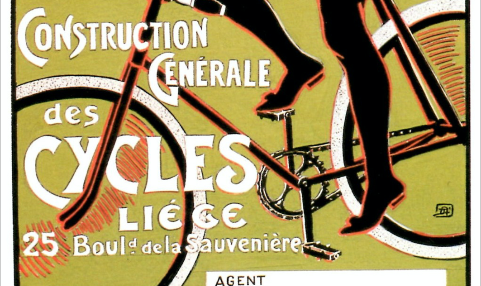 Armand Rassenfosse, a Belgian graphic artist and illustrator, is best known for a set of illustrations in Baudelaire’s Les Fleurs du mal, a masterwork in the field of book illustration. But for us it is this girl on a bloke’s bike, one of a series of six postcards issued around the turn of the 19th century, that is the masterpiece.