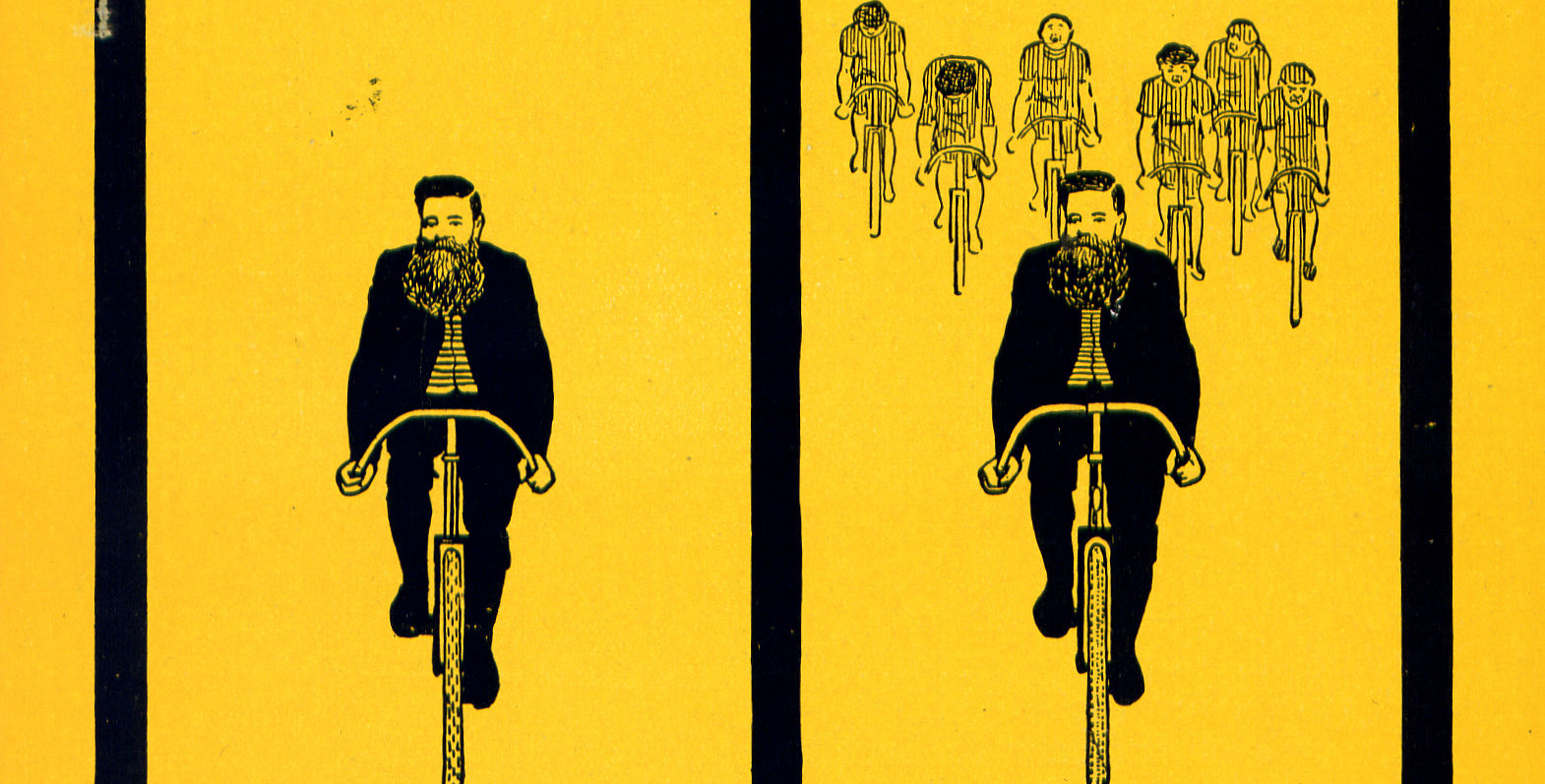 Haven’t we all seen that hirsute young chap riding down our local streets on that very bicycle? You could be forgiven for thinking this Dunlop tyre advertisement from 1917 was more recent.

The Netherlands found it difﬁcult to import rubber from the Dutch East Indies during the First World War and soon banned exporting tyres and inner tubes. By 1917 rubber was extremely scarce and Dunlop took full advantage of the fact, reminding everyone that they had been ﬁrst in 1888 and still were.

Back Pedal is a regular feature in each Treadlie that takes a look at bike-related art and media from days gone by. This article originally appeared in issue 16 of Treadlie Magazine.