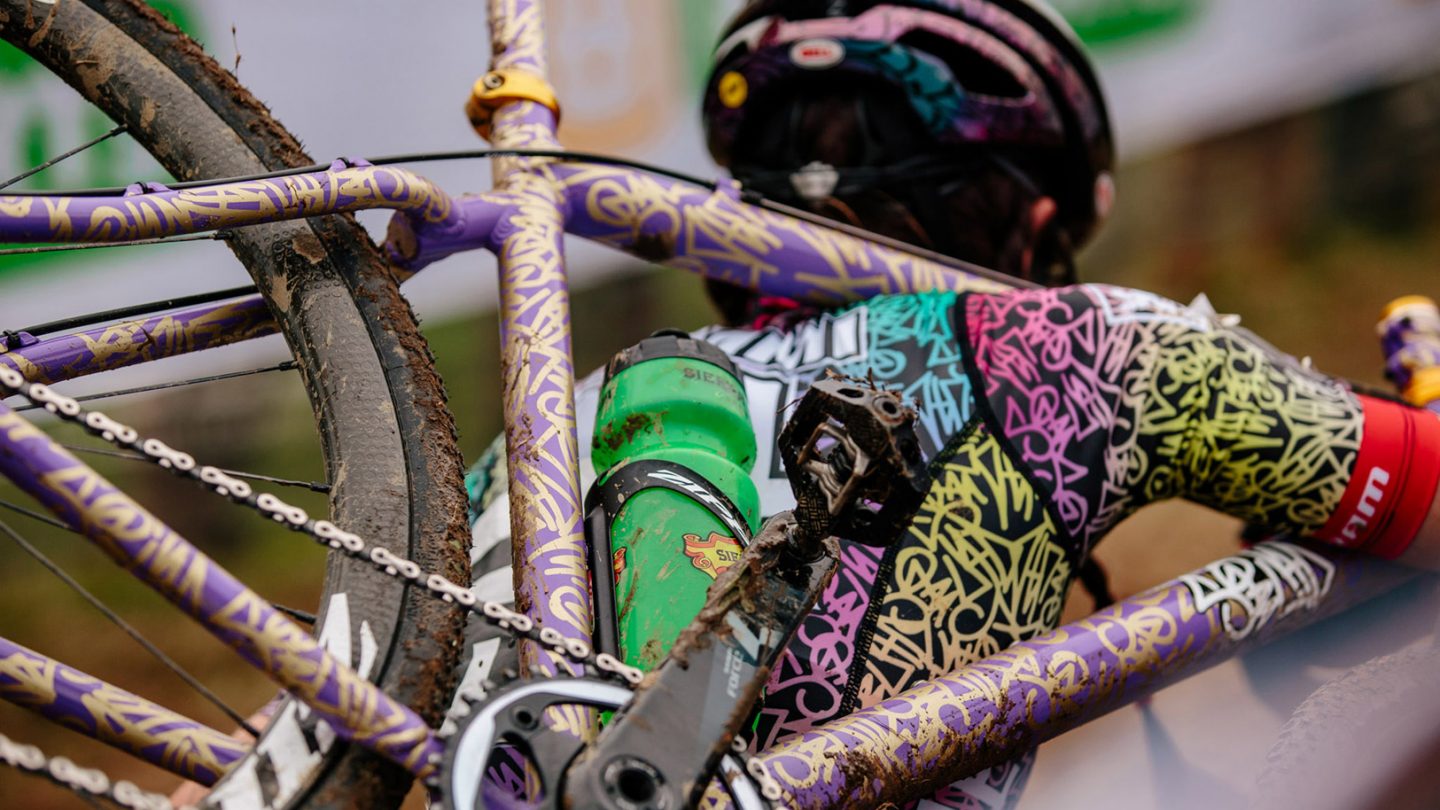 If you don’t know Squid Bikes, then listen up: this is one anti-establishment bike brand that you should know. Born in Northern California in 2014, Squid’s style is irreverent, lighthearted and flashy – and it has been right from the start.

Squid Bikes came about from a desire to stand out from the crowd. Co-founder, co-owner and “wearer of many hats”, Emily Kachorek had spent years road racing before venturing into cyclocross. Cracking into a new discipline was going to be tough, so new-kid-on-the-block Emily was determined to do it her way. “It was really important to me that I had an aesthetic that fit with my personality and separated me from the rest of the people who were racing,” she shares.

Self-funded and self-motivated, Emily worked with a clothing company to develop her kit, based off her own artwork. They sold the jersey online and she received a percentage – the proceeds of which went towards funding her cyclocross program. When she designed her own bike (using neon coloured vinyl from a hobby store) and saw how it turned heads in the cyclocross scene, she knew she’d happened upon something special.

Three others came on board (including Chris Namba, designer, bike painter, general manager and team mechanic) who shared Emily’s hunch that there was a gap in the market for a brand that didn’t take things too seriously. Their very name, ‘squid’ is also slang for a rookie motorcyclist who doesn’t follow the rules – and upon discovering this meaning, Emily shares that the group thought: “Oh, it’s perfect!”

Before long, operations had grown from being based in Emily and her business partner’s garages to a shop of their very own. The range includes bikes, clothing and accessories, all with the super-cool West Coast surf/skate aesthetic that has attracted a legion of admirers on social media. Squid Bikes spreads its non-conformist gospel using tags like #noboringbikes – and its machines are cases in point.

The majority of Squid’s bikes are made locally in Sacramento. These include the squidcross – a cyclocross steed that “rides like a bike. You pedal and it goes”, The Fuck off Johnny – a memorably-named hardtail mountain bike and The Shred to Ed’s – a “Big Kid BMX bike”. There are also a few foreign numbers in the repertoire such as a disc road bike made in Japan and, recently, a steel cyclocross frame from Taiwan. Squid Bikes works closely with frame builders during the design process and artwork comes from external artists or is developed in-house. True to form, Squid encourages customers to make each bike their own, offering a range of build options
and finishes.

Of course, the brand that began as a means to support a cycling team has kept up its competitive endeavours. The “Squid Squad” is primarily involved in cyclocross and has gone from strength to strength, competing in the World Championships in 2016 and 2019. The squad has also branched out to gravel riding and  tracklocross, hosting events and competing in the 2019 Tracklocross World Championships in Japan.

And they’re not slowing down any time soon, having won the bid to host the 2020 Tracklocross World Championships on home turf in Sacramento. “When we started, we didn’t necessarily think this was going to work! It has grown into much more than a way to fund a team,” Emily reflects.

While the business and team continue to flourish, Squid Bikes still is about “riding bikes and having fun”. It’s this attitude that sets the brand apart, and Emily explains that they’ll never apologise for ruffling a few feathers. “If everyone likes what you’re doing, then you’re not doing something unique or different,” she notes. Love it or leave it, that’s just the Squid Bikes way.