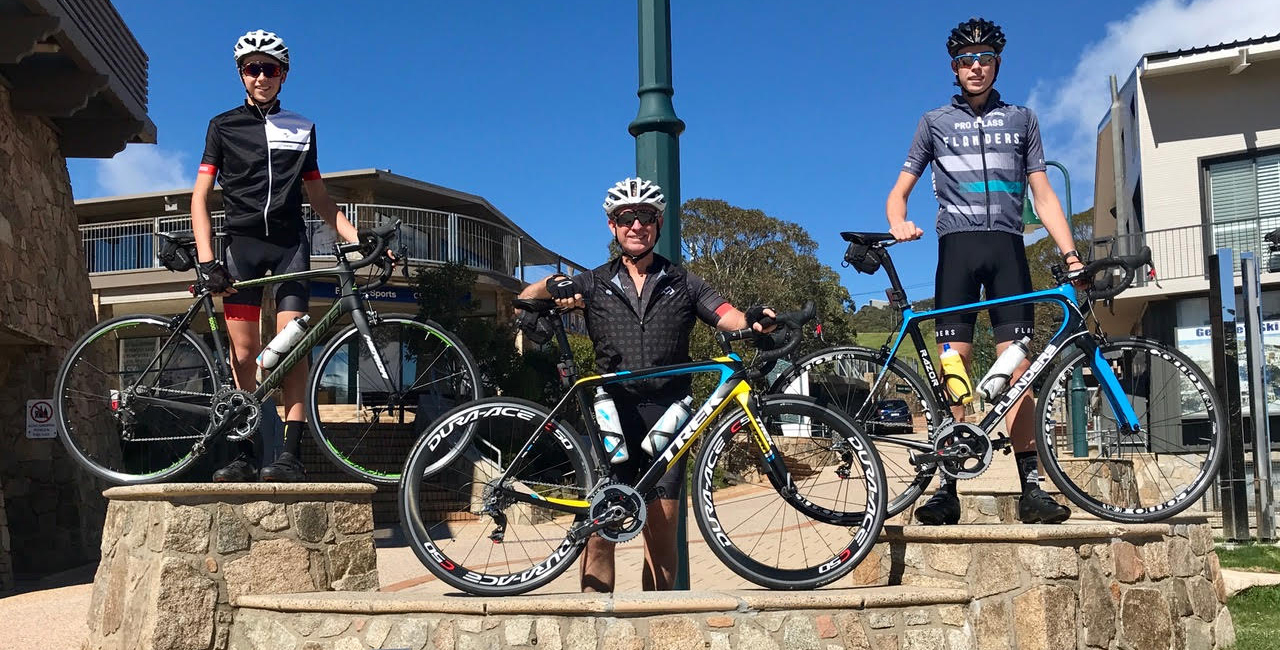 Adelaide cyclist Terry Golding is the big winner in the Ride High Country-7 Peaks season, winning the grand prize of a trip for two to the 2018 Tour de France in July.

Mr Golding’s name was drawn from the pool of riders who registered for the official 2017/18 Ride High Country-7 Peaks Passport. He tackled four of the Victorian High Country’s 7 Peaks with his two sons, Will, 16 and Sam, 14, conquering Mt Buller, Mount Buffalo, Hotham and Falls Creek over consecutive days.

Their rides were among the more than 9000 officially documented rides this season, which for the first time extended for six full months from late October to the end of April this year.

The season also saw the launch of the new Strava-integrated Ride High Country-7 Peaks app which, as well as being a digital passport for recording completed rides, offers comprehensive information about ride segments and maps and provided automatic entry into the grand prize draw.

Mr Golding, who lives in Vale Park, is a keen road and MTB rider, and cycles at least four times a week in the Adelaide Hills and with the 99 Bikes (Prospect) bunch and Adelaide Mountain Bike Club.

Reacting to the news of his Tour de France win, he said: “I couldn’t believe it! When they called me I honestly thought they were going to say I had won a bike accessory perhaps a helmet or something. But when he said I had won a trip for two to the Tour de France with Wide Open Road I was blown away!”.

Mr Golding will share the prize with his eldest son, Will: “He’s a budding road cyclist and has high hopes of one day turning pro – so this will be a trip of a lifetime for him too!”.

Pictured: Terry Golding (centre) with sons Sam (left) and Will at the summit of Mt Buller.