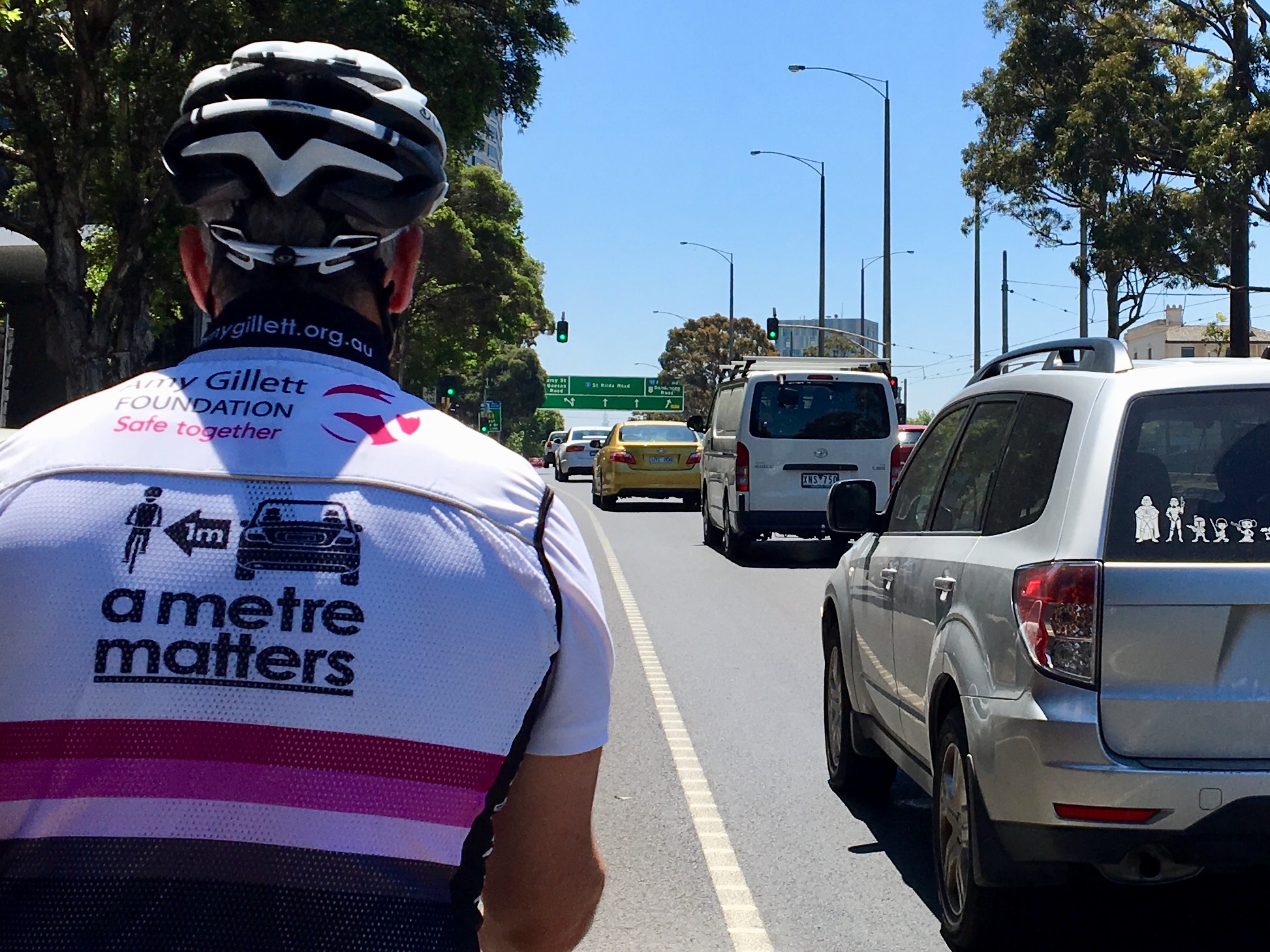 The Amy Gillett Foundation is delighted with the announcement that a metre matters laws will now be a permanent part of New South Wales road rules and congratulates the New South Wales Government on this important cycling safety initiative.

New South Wales joins Queensland, Tasmania and South Australia, Australian Capital Territory and Western Australia with a metre matters law in place. The Northern Territory has committed to introduce a metre matters laws in its recent Towards Zero Action Plan with Victoria the remaining State yet to do so.

A metre matters legislation reduces the risk of crashes when drivers pass cyclists and improves safety for cyclists, and all road users, across Australia.

– A metre matters laws require drivers to give cyclists a minimum of one metre when passing a cyclist on roads with speed limits up to and including 60 kilometres per hour, and a minimum of 1.5 metres for anything above that speed
– A metre matters is simply about drivers not hitting cyclists
– Cyclists are among our most vulnerable road users and need this space to keep them safe

Findings of the evaluation of the New South Wales trial revealed that a metre matters laws are widely supported by drivers and cyclists alike, showing that 69 per cent of drivers and 81 per cent of cyclists thought this rule had improved cyclist safety.

Education, together with legislation and enforcement are vital components of achieving behaviour change towards a safer cycling environment. The Amy Gillett Foundation looks forward to working with New South Wales authorities on continuing education and enforcement initiatives to support this important road safety rule.